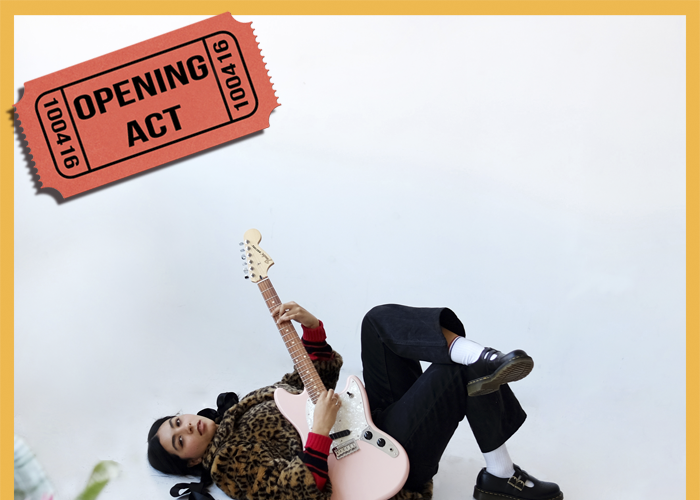 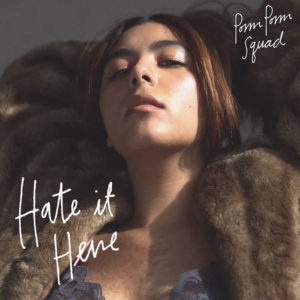 TrunkSpace: How do you describe your music?
Berrin: Sad girl music!

TrunkSpace: Your EP “Hate It Here” was released about a year ago. Now that there’s been some separation, how do you view what you created with it? Have you grown more happy with it or have you found yourself dissecting it and identifying things you would do differently?
Berrin: On one hand, I think there are definitely some things I would change in hindsight, but on the other hand, I truly don’t think it could have turned out any other way. Dissecting old stuff is a natural part of the process, especially because I know a lot more about making music now than I did a year ago. For me, “Hate It Here” is always going to be a time capsule of a really specific moment in my life, but getting to play these songs on stage for a year has also allowed them each to live a couple of different lives. I think ultimately I’m really proud of what “Hate It Here” has become, and I’m also ready to keep growing.

TrunkSpace: There’s a great undercurrent of ‘60s era pop to the EP. For example, “Protection Spells” is at times rock doo wop, which is just downright awesome. How long did it take you to develop your sound? 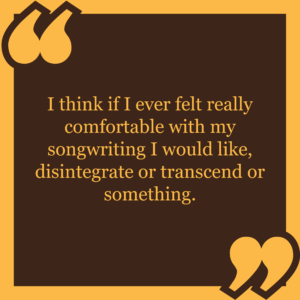 Berrin: That’s so interesting! No one has ever said that before, so that’s really cool. I think that probably made its way in subconsciously. I love ‘60s pop and girl groups! I’ve been making music as Pom Pom Squad since high school, so the sound has definitely gone through a lot of phases, most of which only I know about. At one point it was going to be a lo-fi surf rock project – I desperately wanted to be on Burger Records – which I think you can still hear in the “Teenage Girls” demo. There are a lot of layers of influence that lead to the sound on “Hate It Here.” That was also the first time I had collaborated with another person on my music. My friend Alex Carr produced it, and he definitely brought some elements to it that I probably wouldn’t have thought of.

TrunkSpace: Is the material that you’re writing now similar to what you created on “Hate It Here” and if not, where is the musical growth most apparent? What are you doing now that you weren’t doing then?
Berrin: I think it has a similar heart, but it feels really different to me. It’s a little darker. I think I’ve also been writing with the intent of playing these songs live, just because over the course of this year I’ve realized that I love performing, which is not something I really had in mind when I wrote “Hate It Here.”

TrunkSpace: Are you comfortable in your own songwriting skin? If so, can you pinpoint the moment you found your voice?
Berrin: I’m constantly finding and re-finding my voice. I feel very lucky to have a pretty strong sense of myself as a writer – even if what I’m writing doesn’t feel comfortable or cohesive it’s easy for me to tell when something I write feels good. A friend told me a long time ago that the stuff that scares you is the stuff that’s worth writing about, so I try to follow fear. I think if I ever felt really comfortable with my songwriting I would like, disintegrate or transcend or something.

TrunkSpace: What does your writing process look like? How does a song go from inception to completion?
Berrin: I wish I had a concrete process. Usually my favorite stuff comes to me when I’m taking a walk or when I’m in class. I try to follow my impulses. If I hear something in my head, I’ll immediately jot it down in a notebook or hum it into my voice memos. “Hate It Here” was a very impulsive writing process – I wrote the chorus of “Protection Spells” when I was driving through the desert with my best friend the summer after my freshman year of college and didn’t write the verses until probably two weeks later. “You/ Him” basically didn’t come together until it was recorded, and I wrote “He Never Shows” in one night.

TrunkSpace: What is your favorite part of the songwriting process? What gives you the biggest thrill?
Berrin: I think maybe when I feel comfortable enough to share a new song with someone. 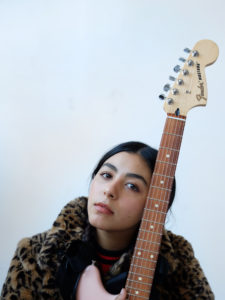 TrunkSpace: Many songwriters have said that the process is a bit like therapy for them. Do you find that to be the case with your own songwriting?
Berrin: Sometimes. To me, a really good performance feels more like therapy – or maybe more like catharsis. Weirdly I’m pretty shy and a little closed off in my day-to-day life, but I have really big, intense feelings. Performing allows me to turn myself inside out for a little while. It’s a full body commitment to the things I’m feeling inside.

TrunkSpace: Creative people are infamous for being extremely hard on themselves in the creative process. Does that apply to you, and if so, where are you hardest on yourself?
Berrin: Oh yeah, I am crazy hard on myself. I’m realizing that I’m kind of a control freak, so I have a hard time just letting things come together. I’m usually hardest on myself when I first start something. I really have to fight the impulse to kill a song before it can become even partially realized.

TrunkSpace: You’re based in NYC, home to hundreds upon hundreds of artists all trying to have their art be seen and/or heard. What are the benefits to being a creative fish in a big pond like NYC?
Berrin: There are endless people to meet and collaborate with. Everyone is just so active in the scene and there’s always someone doing something you’re not. Some of my biggest inspirations are my best friends, and they’re all people I’ve met because I’ve been playing music.

TrunkSpace: You bring flowers out to every show. Where did that tradition originate and what does it symbolize for you?
Berrin: I originally started bringing them to shows sort of as a good luck charm, but people reacted really strongly to them. When I was a teenager I remember always wishing that shows I went to were a little more interactive, and now that I’m on stage it gets hard not to see the audience as, like a big amorphous faceless blob. I think having a tangible thing that I can play with when I’m on stage and then give to the audience makes me feel a little more connected to the people in the crowd. People come up to me after shows and ask for them, which is really nice. I think bringing flowers changes the space.

TrunkSpace: What can fans expect from Pom Pom Squad for the rest of 2018?
Berrin: Lots of new stuff, hopefully.