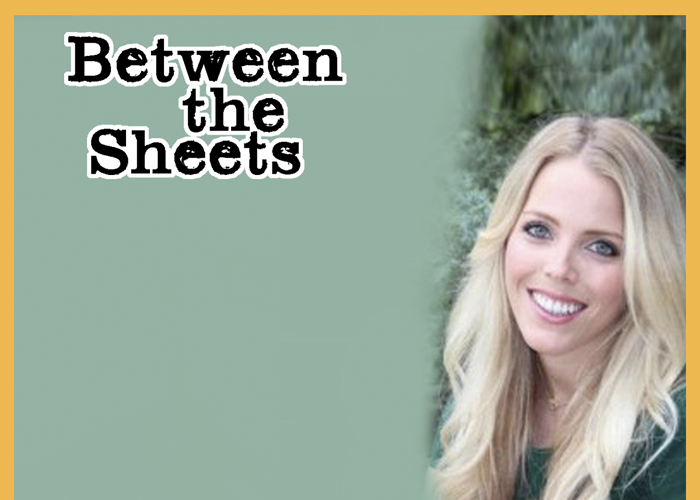 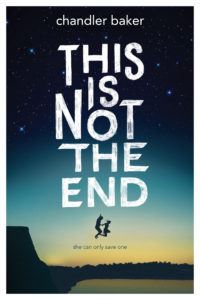 This time out we’re chatting with Chandler Baker to discuss her new novel “This is Not the End,” the process of writing with a new baby by her side, and how starting her career as a ghostwriter helped to shape her own creative journey.

TrunkSpace: We read that you wrote the entire first draft for “This is Not the End” over the course of your 12-week maternity leave. Were you writing in quick spurts or was it something that you committed to doing during every waking hour? (With a newborn at home, there tends to be many of them!)
Baker: I was really lucky in that I had a very easy, sleepy baby! I told myself I wouldn’t do any writing for the first four weeks after my daughter was born and I didn’t, but after that, I was itching to get to work. I committed to writing during at least a couple of her naps each day, which still allowed me a little time to rest as well. Other times she’d be happy to watch me work while she hung out beside me on the couch. It was a very fruitful time creatively, but I fear if I tried to recreate it with a second baby I might not get the same results!

TrunkSpace: Keeping with that process, did you write it all on a computer or did you give yourself some freedom from the physical restraints of a device and write long-form through any of it?
Baker: For “This Is Not The End” I brainstormed, drafted and revised entirely on my laptop. At the time, it was the easiest way to ensure that all of my thoughts stayed organized and readily available. But with each book my process evolves and I now write quite a lot long-form during the early stages of a project. I try to fill half a composition book with handwritten notes before I begin to draft.

TrunkSpace: There are so many life changes that a person goes through when they’re becoming a parent. Do you see those themes, personal transitions, reflected in the writing of “This is Not the End?”
Baker: Absolutely. Being a new parent is such a raw, vulnerable time. I found that particular emotional state useful while trying to get into the headspace of my main character, Lake, who has suffered the devastating losses of those closest to her. But even more apparent of a change for me was the way I began to look at the parents in the book. I paid much closer attention to them than I had in previous novels I’ve written. I thought a lot about parents experiencing the loss of a child and how parents are just people and aren’t going to act perfectly or even admirably in the face of excruciating pain. During the writing of this book I was, no doubt, hyper emotional and I think it’s no coincidence that so far readers seem to be finding this novel to be the most emotionally wrenching thing that I’ve written.

TrunkSpace: What do you hope readers most connect to when sitting down to read “This is Not the End?”
Baker: My hope is that the experience of reading this book is an exercise in empathy. I would like readers to do the same thing I did, which is to ask themselves: What would I do if I were in Lake’s shoes? Who would I choose to bring back to life? Asking this alone is practicing empathy, albeit with fictional characters, and I want the story, as it unfolds, to draw readers into an understanding and appreciation of why each character is the way he or she is and doing the things he or she is doing, whether or not that character is “right” in doing so. I know the world needs as many empathetic people as it can get right now. Readers are already ahead of the game in this regard, but I would love for my book to help stretch that muscle a bit.

TrunkSpace: Do you put expectations on your books? It seems like it’s becoming more and more difficult to gauge how a book will be received in the current content consumption landscape, so in a way, it almost feels like expectations are forced to change as the industry does?
Baker: I try not to set expectations, but for anyone trying to make a career out of writing, it’s impossible not to keep tabs. My goal is for each book to “do better” than the last and there are lots of ways to measure that both in terms of critical and commercial success. The biggest thing a book can have going for it is the support of its publisher. I generally have a pretty realistic internal gauge of how a book will land I think. When I finished writing and revising “This Is Not The End,” I really felt there was something special there. Thankfully, my agent did, too, and then my editor and so on. It’s been really exciting to see how this book is spreading organically. My publisher, Disney’s, support has made all the difference and this book has far exceeded my expectations based on when I first got the kernel of an idea for the story.

TrunkSpace: You started your career as a ghostwriter. What was the process like for you in terms of stepping out from behind that anonymity and then being the name and mind associated with 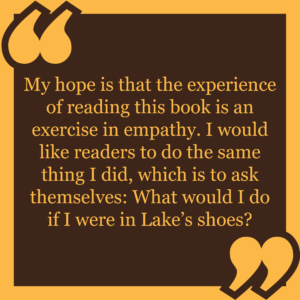 a particular piece? Did it change the process for you, good or bad?
Baker: It’s changed the process significantly. As a ghostwriter I had very little creative control. I churned out books quickly based on a map set out for me. Now, all the decisions are my own, with guidance from a very smart editor, of course. The difficulty is that there’s no one drawing up a synopsis, creating the map. That’s me! But it’s also very freeing. Plus, the training of ghostwriting has come in handy. I’m not precious about my creative work and am quick to say ‘yes’ to editorial changes. On the flip side, I have to keep reminding myself that it’s my name on the cover and if there is something I feel strongly about creatively, then I need to speak up.

TrunkSpace: YA is a term that is thrown around quite a bit these days and it seems the actual definition of it blurs based on who you ask. In your opinion, what does YA mean and who is the audience? (Not necessarily age demographic, but the profile of the reader.)
Baker: The YA readers I interact with are sophisticated and passionate. They love interacting with their favorite books by creating fan art, post-worthy pictures, and thoughtful reviews, complete with well-timed GIFs. There’s almost a collector’s mentality for a lot of YA readers. They curate beautiful collections of books they love. It seems to be, in some ways, an expression of self, much like fashion or tattoos or art. It’s been really cool to watch the book community develop online and to see my work become a part of what readers love. Then there are the “older” YA readers that really “get” that young adult books aren’t just for young adults. There’s great literature coming out of the YA community right now and I absolutely adore the mature-in-age readers that recognize that.

TrunkSpace: Regarding the process, is writing a labor of love for you or does it feel more like labor? Do you enjoy the process?
Baker: Depends on the day! My husband often wonders aloud why I want to do what I do. It’s such mentally-taxing and tedious work, after all. But there’s something about holding a completed book in my hands and knowing I wrote every word in it that I can’t get over! It’s so cool. When the writing isn’t going well, when a problem seems unsolvable, it’s just labor. But inevitably, the book opens up and something clicks into place and there is no better feeling in the world. I’m also a nightmare to be around when I’m not engaged in a creative project, so I know it’s a part of my identity that needs feeding.

TrunkSpace: And what does that process look like? Post-maternity leave, what are the ideal conditions for putting in a good day of writing?
Baker: A great day of writing involves my husband taking our toddler somewhere for four to five hours and me getting uninterrupted, no internet writing time. I’ll usually turn on Mac Freedom so that I don’t have access to the internet for long stretches of time. If I’m trying to make serious progress, I’ll go to a coffee shop or work in my home office. Otherwise, I’ll plop down at the kitchen table or on the sofa. But a good writing day just means that it’s a normal day and I don’t have any unexpected errands or life-tasks popping up that require my immediate attention. On those days, I’m happy to get four dedicated 15-minute segments of time in, with a goal of writing a solid 1,000 words for the day.

TrunkSpace: Do you self-edit as you write?
Baker: Yes, especially for the first third of the book. I almost never move on from the first line of a book until I know I’ve gotten it right and that line rarely changes. I self-edit a lot at the beginning because I want to make sure I’m hitting the right voice and tone. I know a lot of authors are content to let voice and tone come in later drafts, but the characters and what they do are all too tied up in what I want the book to feel like overall for me to work that way!

TrunkSpace: Where are you the hardest on yourself as a writer?
Baker: It changes from book to book because I’ll be become fixated on an aspect of my writing that I think needs work. I’ll focus relentlessly on that part of my writing and make progress, but then on the next project, I’ll find another aspect of my writing that now needs improvement. For “This Is Not The End,” I was very hard on myself about fleshing out characters, and not just the main character. Currently, I’m obsessed with pushing myself into more creative world building.

TrunkSpace: What are you working on now and what will people be able to read next?
Baker: My next book will come out in January and it is the last book in my “High School Horror” trilogy. That book is more or less finished, though, so I’m currently in the throes of drafting a new project that I can’t say much about, but it’s a big departure for me—historical timelines, a dash of fantasy—it’s been a lot of fun!

“This is Not the End” is available now from Disney-Hyperion.