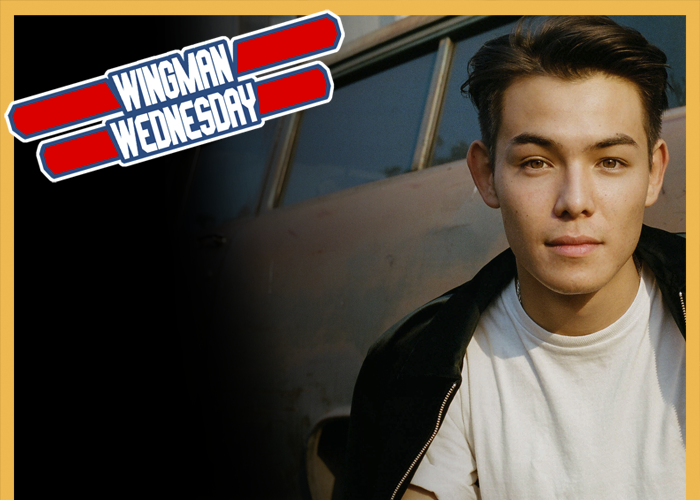 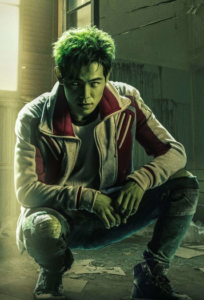 Landing a role in the live action adaptation of a major, long-standing comic book franchise is no easy feat, but when that role is also based on a character who helped you cope with adolescence, it’s downright full-circle remarkable.

Ryan Potter was born in Portland, Oregon and raised in Tokyo, Japan. When he returned to the United States at seven years old, he didn’t speak English and used pop culture to connect with the students at his new school, much like the teen hero Garfield “Beast Boy” Logan does in the various DC Comics he has starred in since first being introduced in 1965. Years after emulating the character he had such a personal connection to as a child, Potter, who also voiced Hiro in the immensely popular animated film “Big Hero 6,” is now portraying Gar in the new live action series “Titans,” which airs Fridays on the DC Universe streaming service.

We recently sat down with Potter to discuss his personal connection to the franchise, beasting out on camera, and why a movie like “Big Hero 6” and its ethnic diversity can positively impact society.

TrunkSpace: Gar has been a fan favorite character for comic readers for decades. Did that put any pressure on you to deliver in a way that not only makes a television audience excited, but the core comic fans proud as well?
Potter: Of course. There’s always the pressure, I think, with comic book characters, and unfortunately, in this day and age, there are just an insane amount of internet trolls, so regardless of how good of a job anybody does, there’s always gonna be haters. But bottom line, I know this character. I grew up with this character, and I’d say that my interpretation is an honest portrayal of every version of Gar, kind of an amalgamated mix, whether it’s the animated series or the comic books – “Teen Titans” 52, or the “New Teen Titans,” or “Titans.” It doesn’t matter what iteration. I pulled from every version of Garfield to create this new… not an iteration, but this new version of him. I don’t want the live action version to be too reminiscent of anything we’ve seen, ’cause it needs to be new to take liberties of its own, but it’s grounded in familiarity that people can recognize from their childhoods.

TrunkSpace: That’s what’s so interesting, because as a performer, you probably want to find a balance between the history that surrounds the character and bringing yourself into it at the same time?
Potter: Yeah. It’s interesting, ’cause the character was definitely one that helped to shape how I… not how I fit in, but I guess that’s the 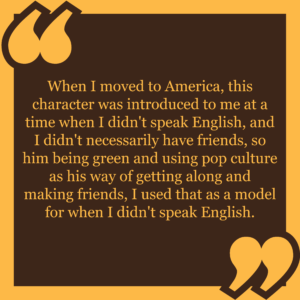 layman’s term for it. When I moved to America, this character was introduced to me at a time when I didn’t speak English, and I didn’t necessarily have friends, so him being green and using pop culture as his way of getting along and making friends, I used that as a model for when I didn’t speak English. I’d use pop culture, whether it was TV shows or music or toys, to try and make friends with kids at school. When I say I relate to this character, I relate to the character because this character actually helped shape a part of my childhood. I identify with him in many ways. There are other aspects that I had to kind of create as a performer in terms of him being a teenager and him being older, but the youthful aspect of the character – kind of the lighthearted curiosity of Gar – is unchanged. That’s something that I always related with and was almost introduced to because of him, so that remains.

TrunkSpace: That must really cool, too,  to be able to create this character that you have a personal connection with, and then, as it airs, there might be kids out there who are feeling the same way you were when you came to America, and now they’re finding a connection to him through you. That’s full circle!
Potter: Yeah, at this point in the script, he’s still very much just kind of a regular teenager. There’s rumors online of, “Ryan Potter confirms Beast Boy will be green by the end of the season!” That’s actually not what I had said. These characters are in an intermittent stage. They’re in a place where they’re not the characters from the animated series. They’re not the characters from the comic books. They’re not the solo iterations of themselves, but they’re also not the “Teen Titans” iterations of themselves, so they’re in this gray area where every character is learning to harness their powers, accept who they are, and there will be changes along the way for each of the characters. But yeah, as it stands, Garfield is very much a new representation, so it’s nice to have that freedom. It’s nice to be able to pull away from source material as of now, but the source material is so interwoven with the script that when anybody watches the show, they’ll be able to recognize it, whether it’s costume details or plot details or character details. They remain, and it’s reassuring to see that the writers took that much care in portraying these characters on the silver screen.

TrunkSpace: And really, because this is a television series, the long play is so important. You want it to go multiple seasons, and if you give it all away in the first season, there’s no story left to tell.
Potter: Exactly. Thank you. I’m glad someone understands television. (Laughter)

TrunkSpace: We were always worried that, for logistic reasons – budget and scheduling – we wouldn’t get to see Beast Boy beast out, but that is not the case. In fact we get to see quite a bit, which is exciting.
Potter: Yeah, I think that was something that was really important to Geoff Johns, that Beast Boy didn’t become a secondary or tertiary character, that he was still a primary character, and one of the ways that you see that is if you put the budget into Robin’s costume and Robin’s bike, then you do it for Starfire visual effects and her storyline, etc. He wanted to make sure that everybody has equal representation in terms of the amount of care that the writers or the producers put behind each one. It’s definitely not cheap by any means, but the way they kind of show Beast Boy that love is to make sure that he’s not always doing some kind of changing behind something or an off-camera type of deal. You actually do get to see him mid-transformation, post-transformation, and beginning of transformation, or sometimes the entire transformation. It’s interesting to be able to see every stage of the transformation, in my opinion, because we’re used to seeing Beast Boy kind of Beast Boy, and then gelatinous blob – animated gelatinous blob – and then the animal. To be able to see the anatomical change from human to tiger, and then potentially human to something else… it’s not that we haven’t seen that on television before, but we definitely haven’t seen it shot in this way, and I think produced this well.

TrunkSpace: Has it sunk in yet that in 20 years, you’re going to be part of the source material when people look at Beast Boy in the future?
Potter: Well, man, I’m just thinking about what’s on the schedule for tomorrow. (Laughter) Now that you bring that up, that’s an interesting thought. I would hope that the character of Beast Boy, that the general public will begin to be able to see him as different, maybe as different races and different iterations each time. I mean, the kid’s green. I don’t think it really matters who is playing him in terms of their race. Ultimately, as long as the heart is preserved and the humor is preserved, and his outlook on life is preserved, I don’t think it really matters, whether it’s a guy or it’s girl. I think there’s a certain level of size that has to be maintained. Like, you can’t have a 6’10 Beast Boy, or like a 4’10 Beast Boy, but why not? I don’t know. It’d be interesting to see these characters potentially live on in different iterations and to see someone, whether they’re full Asian or a different ethnicity, take on the character. It’d be cool. Considering the character has roots in Africa, I think it’s not a far stretch to say that the character could have African origin, as well. 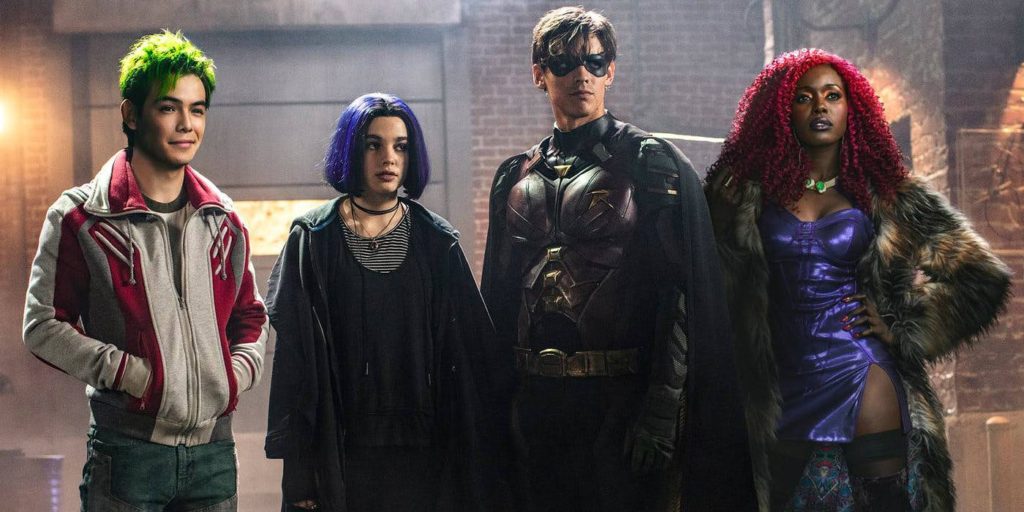 TrunkSpace: A lot of us here have kids so we’re used to watching movies over and over again, which is usually torture, but we have to say… we put down the phone and watch with full attention when “Big Hero 6” is on. Was that a once in a lifetime project?
Potter: No. It was to the 15-year-old version of myself, and like, the 17-year-old version of myself, but I wouldn’t say it was once in a lifetime because that is a project very similar to “Crazy Rich Asians” that made waves in the entertainment industry, and big production companies started looking at a different market, and they started to realize that the overseas markets in Asia are just as profitable as the markets at home, and also, the markets at home respond to content with Asian characters and Asian storylines and artwork inspired by Asia, so I don’t think it’s a once in a lifetime. I think it’s a launching point and I think it’s kind of the beginning of a new interest, and a push for more Asian American content like “Big Hero 6.”

But in defense of it being once in a lifetime… it is one of the most ethnically diverse casts and most colorblind projects that I’ve ever seen, so maybe as it stands, now, in terms of ethnic diversity, it’s not once in a lifetime, but it’s definitely a little further away from seeing a project that is that inclusive. It depicts and represents culture and society to a T, but in terms of the Asian American aspect, I think it’s just the beginning, so we’ll see.

TrunkSpace: As an actor, is it difficult to come across a project like that film where you have both an interesting character and an interesting storyline?
Potter: Yeah. It’s not often that good characters and good scripts come around for Asian American performers. Regardless of race, I think that was just a pretty exceptional project, and good characters and good scripts don’t come around that often, period. It definitely gave me new eyes in terms of reading scripts and reading auditions and thinking of the impact of the character that I play would potentially have. And the importance of the project in not necessarily popularity standing, but societal standing and how that project can help change and affect the society that I live in, but also the society that my kids will live in.