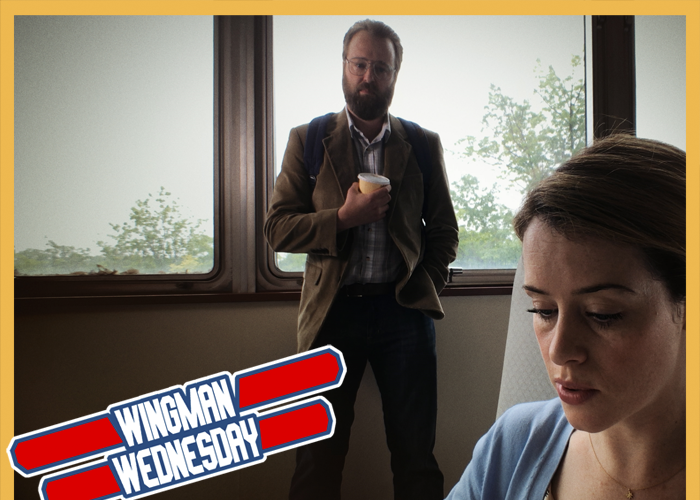 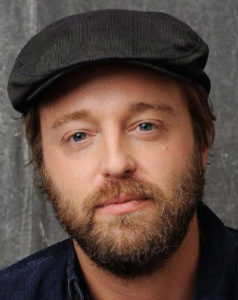 Joshua Leonard is no stranger to innovative films. As one of the stars of the original “The Blair Witch Project,” the Texas native had a hand in revolutionizing not only how people make movies, but how they market them. Now, nearly 20 years later, he’s at it again, portraying a can’t-take-no-for-an-answer stalker in Steven Soderbergh’s new thriller “Unsane,” which was shot almost entirely on the iPhone 7 Plus.

Although the process of how the movie was made is an interesting story, it’s not nearly as compelling as the movie itself, which follows a preyed upon woman named Sawyer (Claire Foy) who is involuntarily committed to a psychiatric hospital and soon discovers that she is now locked inside with the man who has been tormenting her. Leonard shines as the obsessed suitor David Strine, straddling the line between sympathetic shut-in and frightening madman. It’s the kind of performance that stays with you well after you leave the theater, which is unsettling given the character’s motivation. (Is he following us?)

We recently sat down with Leonard to discuss how little the iPhone aspect plays into the experience of watching the film, why he needed to step away from the character when not in scene, and how inhabiting a successful “bad guy” means not portraying him as one.

(And just in case we spoiled any alerts in our chat… SPOILER ALERT WARNING!)

TrunkSpace: We caught the movie earlier this week and really enjoyed it. Our hope now is that how the film was made does not overshadow the film itself.
Leonard: I hope not as well. It seems to me that the only reason that we’re discussing it is because it’s still a bit of a novelty that a big director made a film on an iPhone. I think aesthetically, if nobody told you, you’d see it in the theater and you’d go, “This is weird… this is interesting,” but it wouldn’t call that much attention to itself after a couple of minutes.

TrunkSpace: The real novelty is that it was an hour and a half, which nowadays, is a throwback!
Leonard: I’m a big believer in the 75 to 95 minute movie unless you’ve got big historical things to say. I think we’ve got enough unconscious knowledge as a filmmaking audience that we can make quicker movies and get more out of them. I was watching that Netflix series, “The End of the F***ing World,” and just thinking how much story they’re telling in these 17 to 18 minute episodes, and wondering to myself if that was because they were just really good at telling a story in an efficient manner, or whether they’re just playing on our collective knowledge of storytelling and that there’s no need to add some of the shoe leather that there probably was 20 years ago – because we know what that shoe leather is without even thinking about it.

TrunkSpace: And a movie like “Unsane” takes a similar approach where, in many ways, the performers are telling the story through their performance. There’s no need for anything else.
Leonard: The one thing I will say about the iPhone is, as a performer, it’s such a fun way to make a movie because you really do feel like the scene work itself is the focus. Real estate-wise the camera takes up so much less space in the room that the self-consciousness drops away and you feel like you have the space to play with your scene partner because it’s smaller and it’s really just about the moment. There’s very little time between setups so you spend more time making the movie than waiting to make the movie, which is often the case. 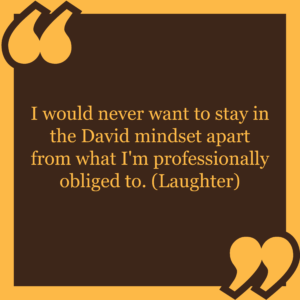 TrunkSpace: How did you handle the off-screen relationship between yourself and costar Claire Foy because, with so much tension between the two of you in the movie itself, did you have to maintain your distance when you weren’t rolling in order to stay in that David Strine mindset?
Leonard: God, no. I would never want to stay in the David mindset apart from what I’m professionally obliged to. (Laughter) Look, method actors throughout history would disagree with me, but to me what’s so important in a film like this where there is real threat, and real danger, and real animosity and stunt work between us – between the characters – that there’s also a sense of safety between the actors to know that everybody knows that you’re still doing a job, and if things get uncomfortable or dangerous that we’ve got safe words so we can pop out at any time. And Claire, I mean you saw her performance. Her performance is extraordinary, and she’s somebody who’s showing pictures of her kids and making jokes up until 20 seconds before the camera rolls, and then Steven calls, “Action!” she is completely present, and completely in the moment and utterly transformed into that character.

TrunkSpace: While at the screening, we didn’t only watch the movie, but the audience as well. One of the things that seemed pretty consistent is that, at times, people felt sympathetic for David, which is a big testament to you as an actor given all of the horrible things he’s capable of (and does) in the film.
Leonard: Yeah, David does some horrible, horrible things in this film, but hopefully what I tried to get across was his firm and steadfast belief that he is trying to give Sawyer this gift of their love. When I was prepping the role I did a lot of thinking about young, teenage obsessive love – when you’ve just got your blinders on and you can’t see anything past this person who is everything to you, and is going to complete you and fix you in all ways. And what would you ever do without them? And I think if you’ve got somebody who has that version of love, who hasn’t necessarily been socialized, who doesn’t have a real emotional maturity, and then you add 20 years and 100 pounds – that character becomes really dangerous. It’s not because there’s any mustache twirling going on. Think about Lenny in “Of Mice and Men,” like this kind of lumbering person who’s inadvertently hurting people and really doesn’t mean to be doing it. He’s just in love with Sawyer and doesn’t understand the rules of society…. that just being in love with somebody doesn’t mean that they have to love you back, or that they have to be with you.

TrunkSpace: He does have those teenage blinders on, and in many ways, has that teenage manipulation aspect of his personality as well.
Leonard: Yeah, I think he’s a crafty motherfucker. He’s not a dumb guy, but he is a guy who probably hasn’t availed himself of much talk therapy, and probably spent way too much time, well into his 30s, in his parent’s basement.

TrunkSpace: Is he a character where, as you were preparing to become him, you felt people might see the performance and say, “Wow, I didn’t expect and to see him go there?”
Leonard: It’s definitely something that’s different from a character that I’ve ever played before. In fact, the first time that I talked to Steven about it I was so over the moon to get offered a role in a Steven Soderbergh movie, who’s been a filmmaking hero of mine my entire career, that I didn’t want to scare him off, but I said as much. I said, “You know, I don’t want to convince you otherwise, but what is it that makes you think that I can do this role?” And it was Steven who originally said, “You know, I think you have a real earnestness onscreen, and I think that’s actually kind of the primary component that we need in David is this sense of earnestness towards his mission in the film.”

TrunkSpace: Well that definitely plays off in the film. Had the character been handled differently, even slightly in one direction, he could have come off as that mustache twirling type of “bad guy” that you mentioned.
Leonard: Yeah, which I think every actor who’s ever played a bad guy in a movie will say the same thing, that it’s a futile journey to try to play somebody as a bad guy because you just can’t find any truth or dimension when you’re doing that because nobody sits around thinking about how to be evil. Or at least, I tend to believe most people don’t. It makes the world a safer place for me to live in.

I think that was in the script. I think the mere fact that the writers set up a situation where David’s father has just died and he met Sawyer in the context of being the caretaker for his dying father, I think you can see how there might be some emotional transference there.

TrunkSpace: And he wouldn’t (or couldn’t) speak to his father, but he can talk with Sawyer. There’s something telling about that with him, personality-wise.
Leonard: Yeah, I think that’s very true. Part of what I find interesting about the film is that David is not all bad and Sawyer is not all good. She’s a complicated character as well, and not always the nicest person and has her own damage, a lot of which I think has been inflicted by this situation with David, but I think also probably has some stuff that was a preexisting condition before she even met David.

TrunkSpace: And then on top of all of that, the hospital itself is also a “bad guy” in the film.
Leonard: Absolutely. Those are always my favorite thrillers, the ones that play as a thriller on the surface without ever getting too heavy handed, but can also avail themselves of the opportunity to Trojan Horse their way into some larger issue, the American healthcare system being one of them.

TrunkSpace: We know that you’re a filmmaker as well. Knowing that you were a fan of Steven’s work, did you try to learn from him as a filmmaker as well as an actor?
Leonard: I tried to be behind the monitor and watching the action whether I was in the scene or not, just because it was such a rare and exciting opportunity to watch him work. He is as much of a savant on set as you would assume that he would be, just in the sense of the clarity of his vision for what he’s making. This was obviously an experiment for all of us, and it’s one of the things that is so inspirational to me about his career is that I feel like he’s a guy who’s never stopped experimenting, whether it be with genre or technique, or the jobs that he’s serving on set. He’s really somebody who continues to push his own boundaries and it was really an honor to play a small part in the latest Steven Soderbergh experiment.