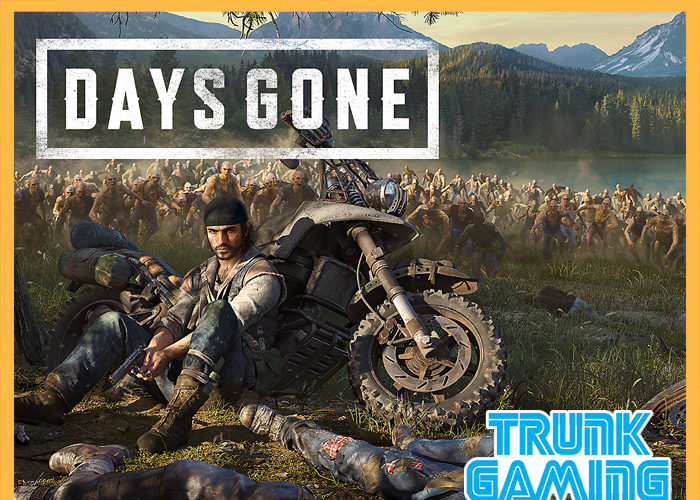 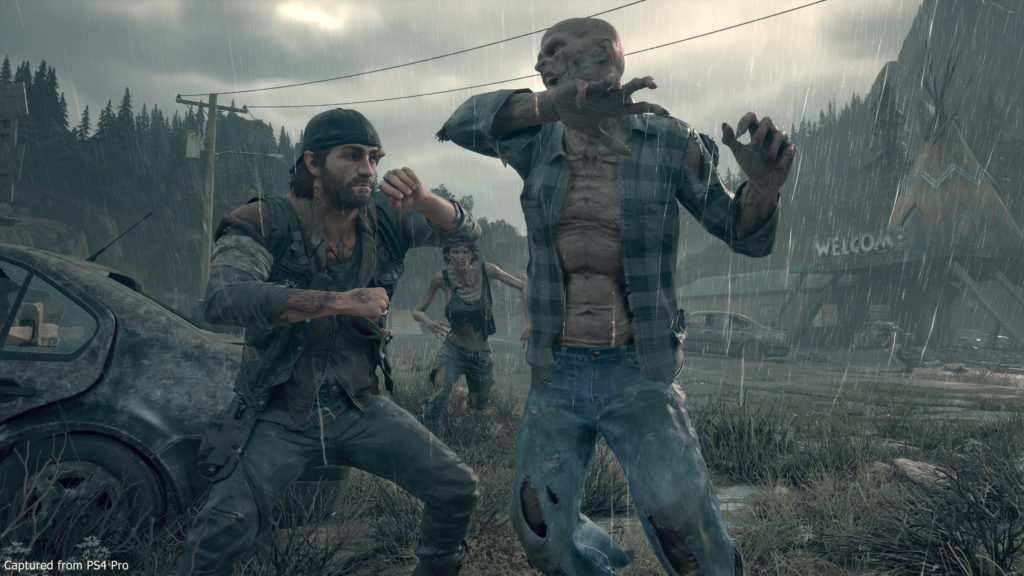 Why We’re Playing It: We have been starving for a decent survival horror genre game to sink our teeth into and this one is a dead ringer for the kind that we like to chew on.

What’s It’s All About?: You play as the lovable loner and former biker gang member Deacon St. John. (voiced by “Being Human” star Sam Witwer!) To keep this synopsis spoiler free, we’ll just say the basics of the plot are to survive and thrive along with your biker buddy, Boozer (Jim Pirri).

That’s Worth A Power-Up!: While some games herald themselves as true post-apocalyptic survival horror experiences, you still get by quite easily finding random cases of bullets, guns, etc. strewn across the landscape, which really makes no sense. In “Days Gone” it’s quite the opposite. While you traverse the treacherous “freaker” terrain, you are going to have to stop at police cars, NERO camps and more to locate bullets, otherwise you will be lucky to find some spare scrap metal, a loose board, or on a good day, a machete in an abandoned shed or car. One thing that is clear? There are not enough bullets to take out all those freakers, so you’re going to have to use your noggin a bit to survive.

Bonus Level: “Days Gone” is a solid game that could easily stand alone, but SIE Bend Studio is not done. They have vowed weekly challenges and updates to be made for the game that will keep fans coming back for more freaker-bashing fun. So, to quote Deacon, “Let’s ride!” 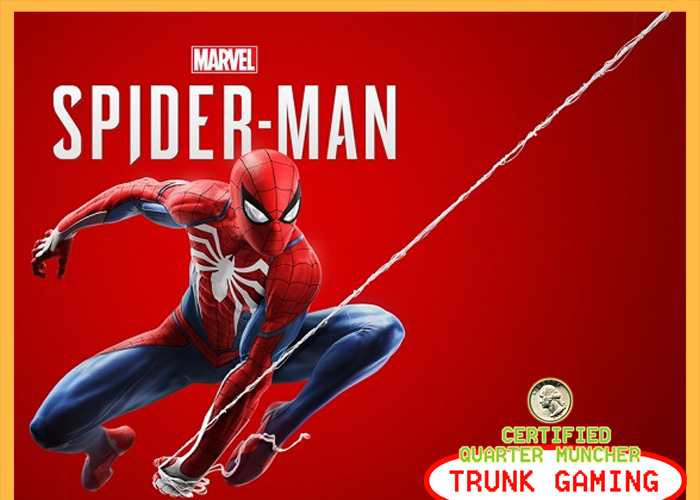 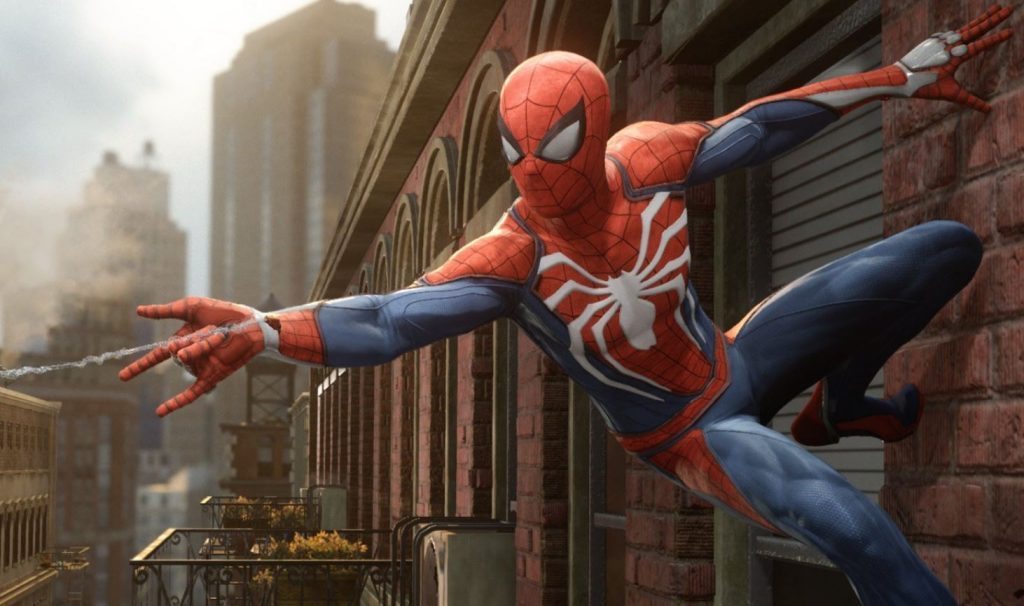 Why We’re Playing It: Aside from the fact that we’re all big web slinger fans here at TrunkSpace, we also have a lot of faith that Insomniac Games, known for titles like “Rachet & Clank,” always puts out not just a quality game but one that swings a story or two above the others in terms of quality. It was clear early on, from the first footage of gameplay, that this installment of Spider-Man would be the closest you’ll ever get to putting on the webbed suit and zipping across the New York skyline.

What It’s All About?: When you’re not swinging around town as Spider-Man, stopping crime with the help of Detective Yuri and the NYPD, you’re working alongside Dr. Otto Octavius in his lab to create upgrades for your suit. Without giving away too many plot spoilers we’ll just say your first boss battle is with Wilson Fisk as you learn the mechanics of the game play. From there you get mixed up with Mayor Osborn, Mary Jane, Electro, Rhino, Scorpion, Vulture and Mister Negative… and do you really think Dr. Octavius is just going to stay good ole’ doc? We’ll see after Osborn seizes all of his research!

That’s Worth A Power-Up!: It’s hard to pick just one thing that stands out in this game – there are many! – but the web slinging and fight mechanics are truly innovative. You can glide and parkour through the city so seamlessly you won’t want to stop. If you were Forrest Gump, you would just swing across the entire country. Oh, and we can’t forget to mention, when you start swooping through the city on a web, an epic soundtrack starts to play, making you feel like you’re actually playing within a Spider-Man movie.

Bonus Level: We found the open world gaming really refreshing. A lot of games are jumping on this bandwagon, and it is very freeing to be able to choose your path through the storyline and environment. The way that Insomniac Games pulls this off and sets itself apart is all in the details, literally. Pick a building to climb on and you’ll notice your reflection. You’ll also be able to see that they not only designed the interiors of these buildings, but they have people that are moving and interacting with one another inside the skyscraper you’re perched on. This attention to detail blew our minds and it will you as well! 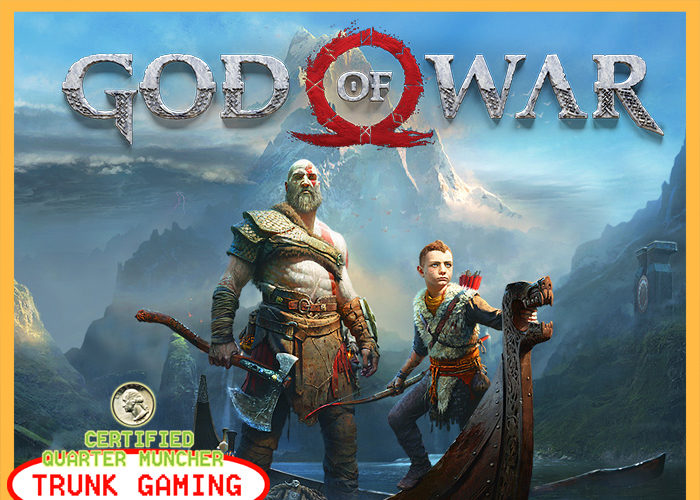 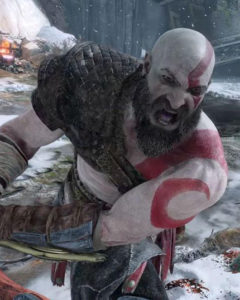 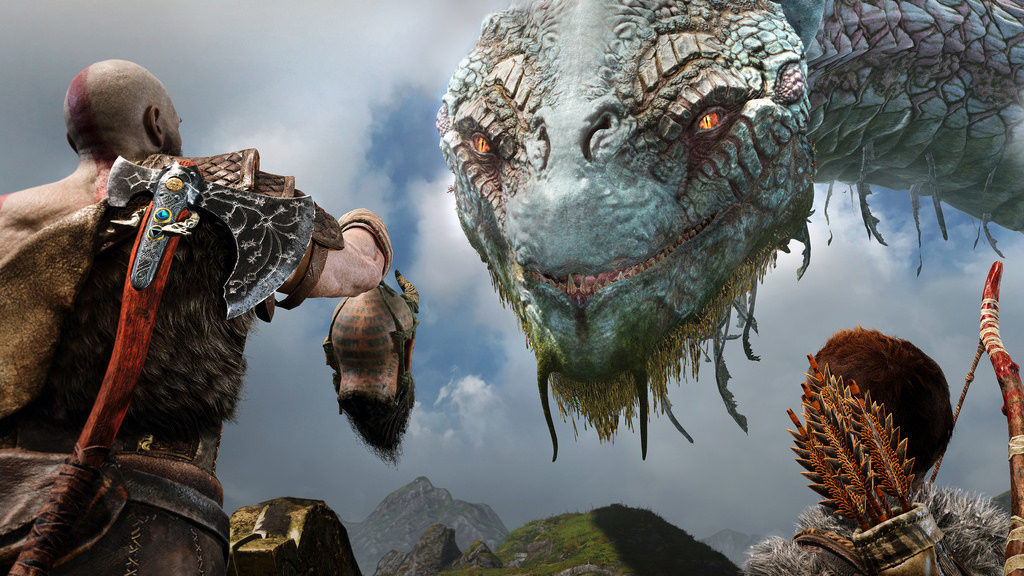 That’s Worth A Power-Up!: This is very much a hack and slash game, and you’re going to be immersed in heavy battle, but there’s also an RPG at the center of this gaming lollipop. You gain XP, pick what weapons, skills and abilities you use. Heck, even your weapon has slots that you can equip with enchantments, which you can also level up, increasing your weapon strength as a whole. The strategy of this game is a rabbit hole, and you can delve as deep as you want into the D&D aspects associated with “God of War.”