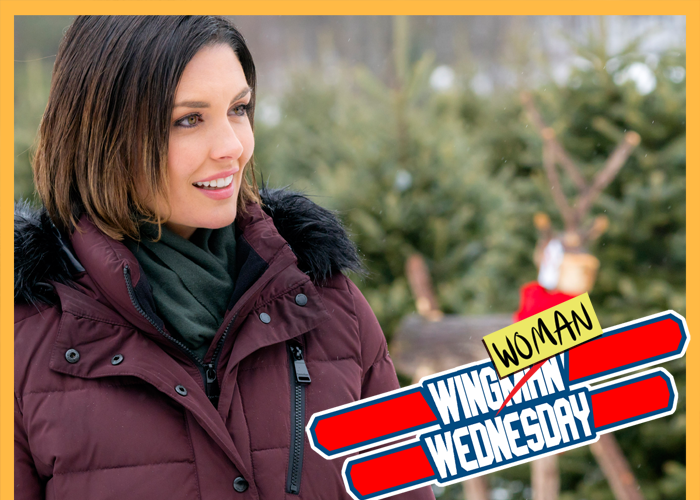 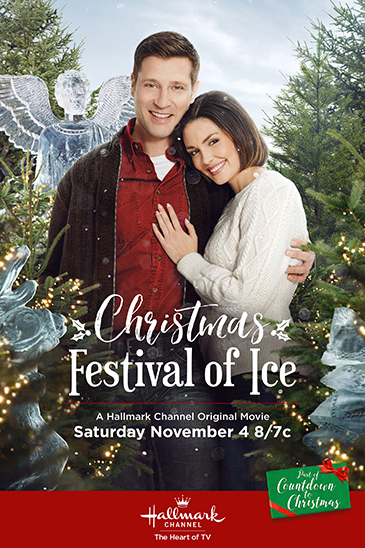 Even though our slowly-shrinking jack-o’-lanterns are still sitting on our stoops and our various Halloween costumes are slung over the backs of chairs, the changing of the calendar from October to November means only one thing for those particularly festive people like us… it’s the unofficial start of the holiday season!

Thanks to Hallmark Channel and Hallmark Movies & Mysteries, our inner inflatable, oversized, holiday-themed lawn decoration is being filled with seasonal wonder from now through December as a magical series of Christmas movies pump our holiday spirit to maximum capacity. Premiering this Saturday on Hallmark Channel is “Christmas Festival of Ice” starring Taylor Cole and Damon Runyan.

We recently sat down with Cole to discuss the draw of Christmas content, why she so easily connected with her character Emma, and her own favorite holiday memory.

TrunkSpace: Your new holiday Hallmark Channel film “Christmas Festival of Ice” premieres just a few days after Halloween. For all of us who are still nursing candy corn hangovers, how do we jump start our brains to transition from spooky spirits to finding our holiday spirit?
Cole: The crisp air and new latte flavors, of course. Also, I’ve already started planning my family get-together and there’s nothing like family to bring in the holiday spirit.

TrunkSpace: The film is a part of the network’s “Countdown to Christmas” programming event. People love the holidays and they love Hallmark Channel original programming. The marriage of the two seems like a no-brainer. In your opinion, why does this particular type of seasonal content resonate with so many viewers?
Cole: I think Hallmark Christmas movies evoke a sense of nostalgia that people are yearning for during the holidays.

TrunkSpace: In the film you’re playing fresh-out-of-law-school Emma Parkers who returns to her small town only to discover 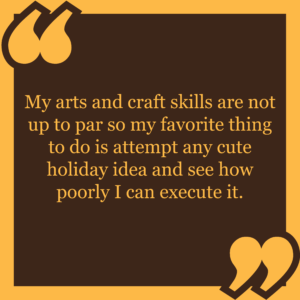 that an ice sculpting competition that means a lot to her has been cancelled. The two elements that are most often discussed as relating to holiday Hallmark Channel movies are relationships and the holidays themselves, but a big part of their allure is the environment of a community that they establish. In terms of “Christmas Festival of Ice,” how important is that element of community and the town itself to the overall story and to who Emma is?
Cole: Emma really discovers herself through fundraising for her favorite childhood pastime with the help of her community. Giving back and creating memories for the town again makes her realize her passion in life might be different from what others expect her to be.

TrunkSpace: Was it an easy journey for you to discover just who Emma was? It is our understanding that things move pretty quickly from the moment you land the part to the first day of photography. Did you have time to absorb the material and connect with the character?
Cole: I connected with Emma immediately because of her connection with her father and the activities they bonded over. My favorite memories as a child were camping with my father and road tripping to volleyball games. I recently bought a trailer and spent the last year and a half traveling the US driving from job to job for that very reason.

TrunkSpace: From a performance standpoint, what was your favorite moment in your journey as Emma? Is there a particular scene or aspect of the story that you’re most excited for viewers to see?
Cole: The last scene with my father was hands-down my favorite scene. I’m a daddy’s girl and that bond is beautiful and unbreakable.

TrunkSpace: Speaking of viewers, Hallmark Channel has a very passionate fandom. Coined Hallmarkies online, they love all things Hallmark Channel, especially seasonal content. As an actress, is it rewarding to be working on a project that not only has a built-in fan base where you know people will show up for the premiere, but is also something that the entire family can share in?
Cole: The fans are so great because they are so genuine and loyal. What more can you ask for? My favorite part of Hallmark is the family bond it has created for so many families, including mine.

TrunkSpace: We here at TrunkSpace are admittedly a bit obsessed with all things “Supernatural.” We know that you appeared in two episodes with a large gap in between, so we’re curious, how much of a surprise was it when you received the call to reprise the role of Sarah Blake in season 8?
Cole: I always thought it would be an interesting storyline to continue considering she was Sam’s first love interest after his great loss, but it was so early in the show I wasn’t sure there’d be room for a love interest. So getting a call seven seasons later was definitely a surprise.

TrunkSpace: As someone who was on set in the inaugural first season and then again in season 8, does it come as a surprise that the show is currently still going strong in its 13th season?
Cole: The blend of the boys charm and the humor and adventure in the writing are a winning combination. And you can’t beat their fans. Their passion reminds me of Hallmark fans. They are the reason Sarah Blake returned to the show. That episode was used to kill off everyone that the fans begged to have back, which I think is kind of genius. They’ve done it all and the fans can’t get enough.

TrunkSpace: You’ve starred and guested in a lot of great, memorable shows over the years. Is there a particular character that you wished you got more time with to explore further and why?
Cole: I really enjoyed playing Sofya Voronova on “The Originals.” It was fun to have the challenge of playing two characters in season 4. Working and growing with such gifted talent inspired me everyday.

TrunkSpace: Again, “Christmas Festival of Ice” is part of the Countdown to Christmas programming event. What is one of your favorite holiday memories and what do you most look forward to each year as the season kicks off?
Cole: My arts and craft skills are not up to par so my favorite thing to do is attempt any cute holiday idea and see how poorly I can execute it. My favorite holiday memory was asking my dad to dress up as Santa so I could catch him leaving gifts under the tree.