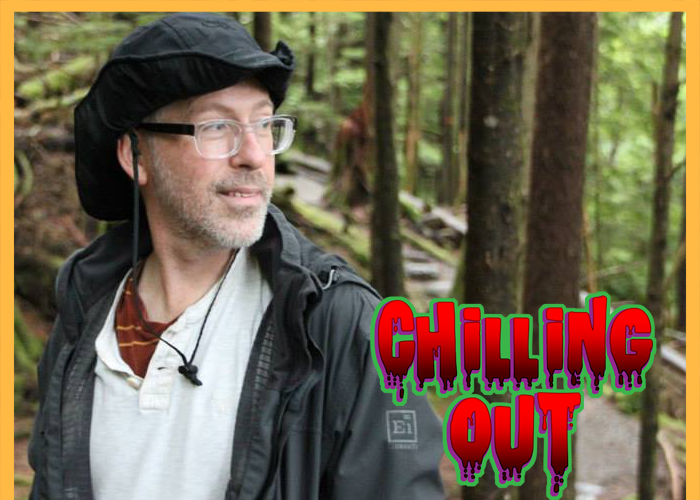 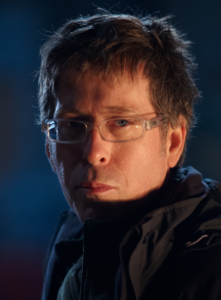 Chilling Out is where TrunkSpace talks all things horror and genre with those who work in the projects that give us the thrills and chills to keep coming back for more. This time out we’re talking with director Kevin Greutert about his latest film, the thriller “Jackals” starring Deborah Kara Unger, Stephen Dorff, and Jonathon Schaech.

We sat down with Greutert to discuss the process of working on a large moneymaking franchise like “Saw,” how he was the only creative person to contribute to all eight films, and why he always edits the projects he directs.

TrunkSpace: You have worked on big franchises and with original content that no one has ever been exposed to before. Does each offer a different kind of excitement throughout the production process and prior to an audience seeing them?
Greutert: The movie series I’m most closely associated with is “Saw” and during the main run we were blessed with a large and ardent fan following, people who closely followed the complex storyline and did their best to make predictions about upcoming sequels. Naturally those of us on the inside tried to anticipate and satisfy these expectations, though this wasn’t always a smooth process because producers, actors, directors and writers often have very different views of the best way forward with a story. So the creative team (writers and directors) often had to struggle for a long time to convince the producers and studio that our way forward was the best. And naturally each director had different opinions from the others about what to do as the series developed. The directors had a lot more power over these kinds of decisions in the early years, and by the time we got to the seventh, well… things got pretty tough for me. I didn’t think I’d ever see another “Saw” set after leaving Toronto in 2010, but they managed to figure out a way to get me to return to at least the editing room for the latest, “Jigsaw,” so I guess miracles can 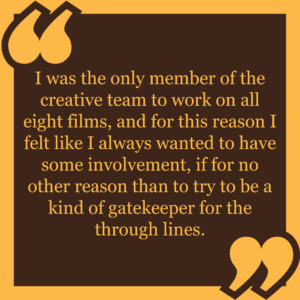 happen. I think there’s some audience excitement to see this new installment, but not nearly on the level of the previous films, though this is difficult to gauge since the cruel removal of the message boards from IMDb, as well as the erasure of House Of Jigsaw, the main “Saw” series forum.

TrunkSpace: In addition to that, does each have a different set of storytelling hurdles? For instance, with a long-running franchise like “Saw,” does continuity become a focus?
Greutert: I did everything in my power to make sure the “Saw” films made consistent sense from one to the next, and even used “Saw VI” to clean up some messy business from the earlier installments, such as the notorious letter that Amanda reads in “Saw III,” that was shot for the sake of creating intrigue without any plan for where it would go. All franchise film and TV series creators have the same kinds of hurdles, and sometimes you have to let some errors go and just hope that nobody notices. It also makes sense to maintain the cinematic style set early on, despite an individual director’s desire to set his or her own mark on a project. You have to find ways to do that while staying true to what has come before you. 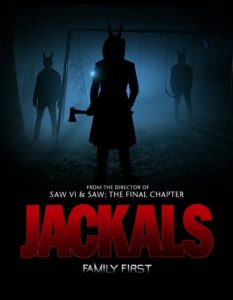 TrunkSpace: You are wearing multiple hats on your new film “Jackals,” tackling both directing and editing. Does editing a project that you also directed help to further cement your cinematic vision on any given project? Are you giving away control on a project when someone else is serving as editor?
Greutert: I have edited or co-edited all of my films. I would lose my mind if I didn’t have the opportunity to go through all the footage and feel my way through the scenes. It is absolutely essential to me – if I don’t look under every stone, I’ll feel I did a disservice to my project. I wish I could be less of a control freak about this, but I can’t.

TrunkSpace: “Jackals” has been circulating throughout festivals before officially releasing on September 1. Have you been able to sit in on any of the screenings and what is it like absorbing an audience’s reaction in real time?
Greutert: I’ve been working on a film in China since June, so unfortunately I have not been in any audience screenings. Even while I was editing the film, we only had one test screening and I was out of the country at the time. It’s sad to never see your film with an audience, but that was my unfortunate reality with this project.

TrunkSpace: One of the things we always hear is how some of the best moments in horror cinema came about through happy accidents or because there was a need, either due to financial means or creative failures, to adjust on the fly. Were there any moments like that in the filming of “Jackals” where you had to alter the game plan, but actually preferred the outcome?
Greutert: Well… not really. This film was shot in 15 days on a budget of under a million dollars. That is already such a severe constraint that it’s hard to think of any further restrictions that might have yielded a happy outcome. I had a lot of creative ideas I would have liked to have pursued with the script and storytelling, but was blocked from these for political reasons rather than physical ones. That said, we did make a lot of adjustments to the dialogue on the fly, but that’s pretty standard for me.

TrunkSpace: You’ve been involved with the “Saw” franchise in various capacities since it kicked off in 2004. You’re back as editor for the upcoming “Jigsaw.” What is it like from the inside seeing a franchise grow and evolve over such a long period of time, particularly from the mindset of an editor who has probably seen more of the footage than anyone else ever will?
Greutert: It was pretty exciting, I have to tell you. From the first day of footage on “Saw” 1, which happened to be the opening of the movie, it felt like we had something special on our hands. Even so, I never dreamed it would be such a success, though I joked about it a lot with the writer and director. I was the only member of the creative team to work on all eight films, and for this reason I felt like I always wanted to have some involvement, if for no other reason than to try to be a kind of gatekeeper for the through lines. I’m pretty sure I have more close knowledge of all the details of the story and characters than anything else, so the series is like an unruly child to me, a child that has the potential to turn out very, very wrong if you don’t give it lots of guidance. That said, the only installment where I had much true creative control was “Saw VI.”

TrunkSpace: When you were cutting together that first film, did you have any idea that you’d be here today nearly 15 years later, still talking about it?
Greutert: No. Not even close. That franchise made my career as both editor and director. I truly don’t think I’d be working in film anymore if I hadn’t gotten that lucky break back in 2003.

TrunkSpace: Your career has spanned a wide variety of genres, but in recent years you have spent most of your time in the horror/thriller world. Is that by design? Do those particular projects have a greater pull on you than other genres?
Greutert: Getting the “Saw” editor gig was a freak accident. I’ve always loved the great horror films of the past, but didn’t have deep knowledge of the genre as a whole, though my artistic tastes in general run very dark. I’ve tried hard to get films off the ground in other genres, but I’ve been pretty severely pigeonholed as a Horror Guy. That’s why I’m so excited to be doing a science fiction film here in Beijing.

TrunkSpace: Horror continues to be a popular genre in film, and while a handful of horror series have succeeded on television, most fail or never get produced. Why does horror have such a hard time finding its niche in the world of TV?
Greutert: I’ve never worked in television, so I don’t have strong opinions about that. So much of horror is about pushing the audience to imagine the worst in order to create a sense of dread. Sooner or later this anticipation has to pay off. Suspending it for even ten consecutive minutes in a feature film is insanely difficult, however, so how you might prolong this over whole seasons of television is a daunting thought for me.

TrunkSpace: As you look back over your career, what project do you feel you learned the most on in terms of how a production works and how to keep things running smoothly?
Greutert: Prior to directing “Saw VI,” I had spent almost no time on any film sets. So it was a real trial by fire, and I had to learn a huge amount about the process of guiding a film both creatively and physically. Fortunately I had a great assistant director, production designer, and line producer to help me out. With each film I learn a huge amount more. Every project is different, and you learn to anticipate what aspects are going to be most challenging. Now that I’m working in a country where the methods are radically different, I’m much more conscious of what I have learned, and how it can be applied in new situations.

TrunkSpace: Do you feel like you’re still learning “on the job” due to every production having its own set of needs and unexpected difficulties?
Greutert: I’ll never know half of what I feel I need to be a great film maker! It’s one of the hardest undertakings you can embark on, making a film, and there are so very few people who have really mastered it. I’m just grateful I’ve been able to have my shots at it.

TrunkSpace: When you look at your career moving forward, what would you like to accomplish? Do you have bucket list items that you want to check off in your career?
Greutert: I’ve got several projects I’d still like to make, most of them outside the horror genre. One is a historical sea adventure, one is a comedy about a Russian spy in the 1950s, and in general I’d like to do as much science fiction as possible – that’s my favorite genre.