Top Five Supermen… Who Are Not Clark Kent 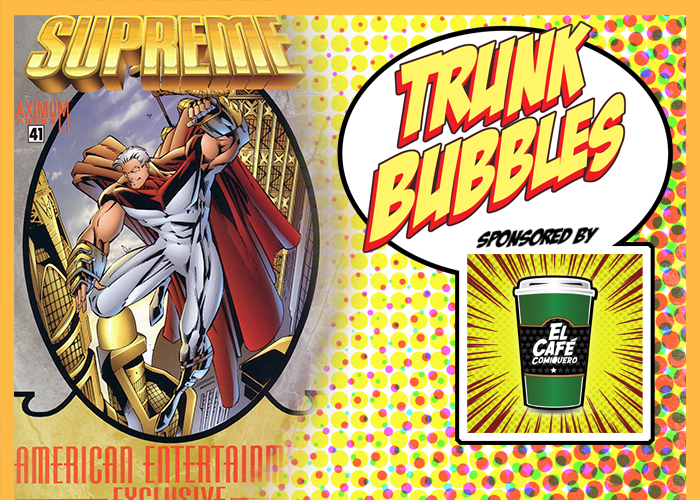 TOP FIVE SUPERMEN… WHO ARE NOT CLARK KENT

About a week ago, the world was taken by storm with the online event of the summer: The DC Fandome, a celebration of all things DC… well ALMOST all things DC, since a certain blue and red superhero was not exactly in the spotlight during the 8+ hours of the event. Sure, the iconic Superman theme by John Williams was used in the welcome video for anyone entering the Hall of Heroes, and the Big Boy Scout appeared here and there during the panels, but nothing else. Yeap, no news about an upcoming Superman movie or a panel about the importance of the very first superhero in history.

So, for this week’s special feature, we decided to pay homage to the Man of Steel in the same way: By remembering some of the most powerful, weirdest, and sometimes, evil supermen… but without Clark Kent. Let’s take a look!

This is one of the most recent additions to the extended family of Superman analogs. Created by Mark Russell and Richard Pace as part of the starring duo of his Second Coming book, published by Ahoy Comics, Sunstar is his world´s greatest superhero, possessing powers that make him look like a god in the eyes of everyone else, including, well… God himself. However, unlike Clark Kent, Sunstar is far from perfect, but quick to resort to action, which is exactly what God was looking for in order to teach his son, Jesus, how a true god should behave in modern times.

Sunstar is then paired with Jesus Christ to patrol the streets and show him the ropes, while dealing with very human issues, like the ordeal of adopting a baby with his girlfriend, since his alien biology won’t allow him and his “Lois Lane” to have a baby of their own. 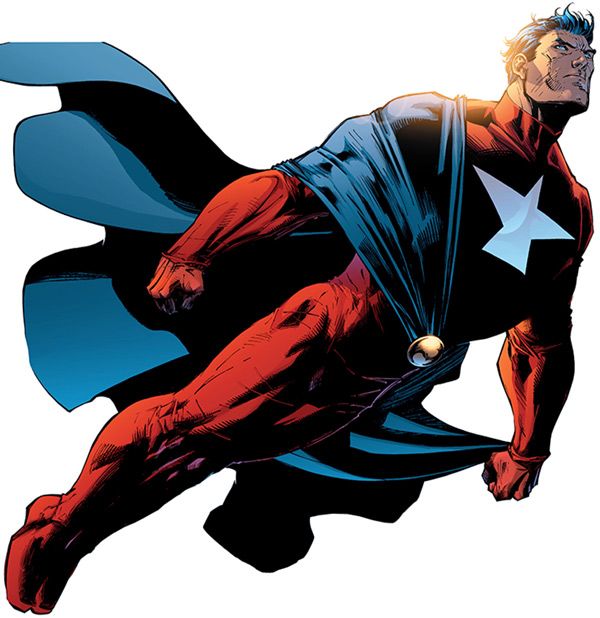 Based in Astro City, Asa Martin protects the world as the greatest superhero of all time: The Samaritan, the most powerful member of the Honor Guard. Created by Kurt Busiek and Brent Anderson for the Astro City series of miniseries and ongoing titles, Samaritan is not exactly a super powerful alien, but a time traveler from the 35th century, a time in which humanity was at the brink of extinction and decide that the only way to fix their present was sending someone back in time to take care of things. Asa was chosen, and upon his arrival in the 20th century, he discovered that now he possessed superhuman abilities, like flying, super strength, energy projection and even dimensional travel.

The very first Astro City story is a beautiful exploration of what it means to be a Superman, the insane amount of work it involves, the loneliness that comes with the responsibility of saving the world, and, paradoxically, the need of being alone for the simple joy of flying. Also, long before DC Comics dedicated an ongoing title to explore what a romantic relationship between Superman and Wonder Woman would be, Busiek and Anderson answered that question through Winged Victory (Astro City’s Wonder Woman analog) and Samaritan in a single issue. 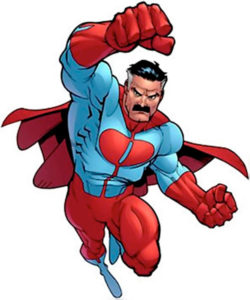 For years, Nolan Grayson protected the world under the guise of Omniman, the most powerful member of the Guardians of the Globe. Despite his alien origin as a viltrumite, he was able to marry an earth woman, Debbie, and together they conceived their only child, Mark. Once Mark was old enough to understand the truth about his father, Nolan told him about his alien heritage and that, maybe, someday he could develop powers as well. The day came sooner that Nolan expected, as Mark got into puberty, and that was the day the world would change forever. That was the day Invincible was born.

Robert Kirkman and Corey Walker created Omniman as an obvious Superman knock-off, and during the first few issues of Invincible readers believed that it was a “passing of the torch” type of story, since Omniman dedicated much of his time training Mark in the use of his newfound powers. But everything changed when the Guardians of the Globe were murdered one by one by a mysterious and powerful foe, which turned out to be their friend and longtime ally: Omniman himself!

Then, Omniman revealed the real truth to his son and the readers: the viltrumite race was not a race of protectors but conquerors, and unlike Superman, he was sent to Earth to take over our world in the name of the Viltrumite Empire. Devastated by this shocking revelation, Mark fights his father, but is easily overpowered by a stronger and more seasoned viltrumite warrior. However, when Nolan was about to deliver the finishing blow, some powerful words from the mouth of his son make him change his mind and abandon our planet, leaving a confused and ravaged Mark to ponder if his father ever really loved him. 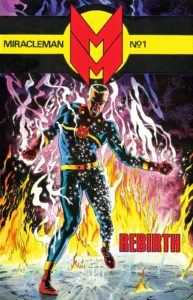 We are kind of cheating with this one, since Mike Moran is more an analog of another powerful superhero – the World’s Mightiest Mortal formerly known as Captain Marvel – than one of Superman’s, but since the Big Red Cheese himself was in fact a Superman knock off to begin with, we decided to stretch the concept a little bit as well.

Long story short: Captain Marvel was becoming even more popular than Superman back in the day, a fact that started a legal battle that ended up with Fawcet Comics cancelling every Captain Marvel title in the market. The cancellation had a profound impact overseas, particularly in the UK where Captain Marvel and the Marvel Family reprints were some of the top selling titles in the British market. In order to keep sales afloat, the L. Miller & Son publishing company, responsible of said reprints of the Marvel Family books in the UK, commissioned writer/artist Mick Anglo to create a similar superhero and continue the stories as if nothing happened, but under a new name for the character and his extended family: Marvelman, and the Marvelman Family (Kid Marvelman, Young Marvelman, etc.). This stunt lasted almost 10 years, until interest on Marvelman dwindled and all titles were cancelled.

Cue to 1982, when a young Alan Moore revamped the series in the anthology magazine Warrior, picking up the story “in real time” from the date it was originally cancelled. Moore’s vision for the character included a deconstruction of the superhero as a modern myth, riffing on the most ridiculous and whimsical tropes of the genre, like magic words that instead of simply transforming a young man into a grown-up superhero, were then revamped as trigger words for a complicated science fiction, nuclear powered, multidimensional process to grant main character Mick Moran with the powers of a god but the mind of a flawed, but well-intended man. The series was republished in the US by Epic Comics under the name Miracleman in an effort to avoid legal claims from the House of Ideas. Ironically, years and lots of legal battles later, the rights of Miracleman ended up with the very company that pushed Epic to change the name of both the character and title for the US market: Marvel Comics. 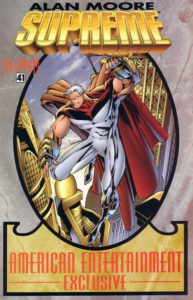 This is yet another shot at revamping the myth of Superman by Alan Moore, who took over writing duties of this Superman knock off created by Rob Liefield during the most extreme (pun intended) era of superhero comic books with issue #41 of the original series. Under the creative choices of Liefield, Supreme was a very mean, violent and self-righteous version of Superman, but with white hair and a white suit, who even quoted the Bible to justify his actions (make whatever you want out of this).

Moore accepted Liefields’ offer on the condition of having creative freedom to write whatever he wanted, since he considered the title was “not very good”. The result is, perhaps, a collection of some of the best Superman stories without Superman. Since Supreme was not a part of a multimillion dollar franchise, Moore had free reign to craft stories that included a conclave of Supremes from different corners of the multiverse, revisionist continuity to explain the radical change of the book’s tone, science fiction and magical elements that really affected the story’s status quo, commentary on storytelling as a whole and even a heartfelt homage to the King of Comics, Jack Kirby.

Whereas in Miracleman Alan Moore deconstructed the Superman, in Supreme he reconstructed the myth of the Man of Steel and proved that it is possible to tell great stories with the greatest superhero of all.