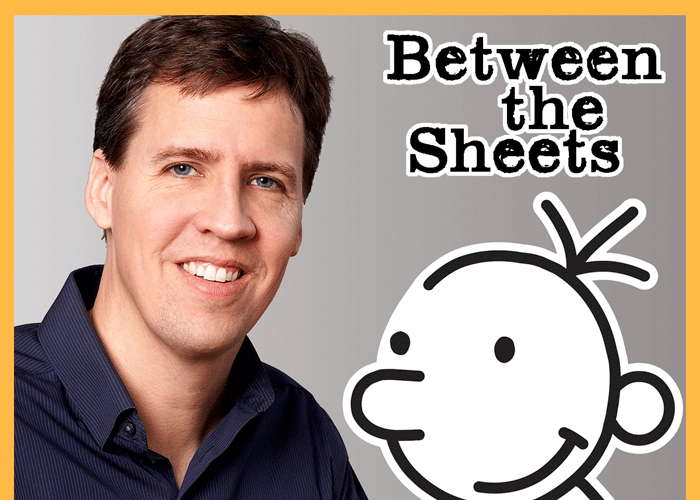 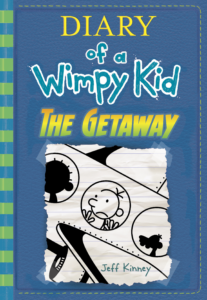 This time out we’re chatting with “Diary of a Wimpy Kid” creator/author Jeff Kinney to discuss his ideal working conditions, Uncle Scrooge, and the best joke he’s ever written.

TrunkSpace: Is writing a labor of love for you or does it feel more like labor? Do you enjoy the process?
Kinney: I’m not sure I know the answer to that. Writing is always difficult for me because the amount of time I have for writing is always short… just a month to finish a 217-page manuscript. If I had more time, I might say I enjoyed it!

TrunkSpace: And what does that process look like? What are the ideal conditions for putting in a good day of writing?
Kinney: I work in an almost-empty house. I have a laptop, a small glass table, and a metal chair. I like to keep it bare bones. An ideal day is a day when the ideas flow… but I’m never sure exactly how that happens.

TrunkSpace: Do you self-edit as you write?
Kinney: I do. I read and re-read and re-read my words as I go on the early pages. But eventually, the writing catches fire, and I don’t look back.

TrunkSpace: Where are you the hardest on yourself as a writer?
Kinney: I feel like I have an obligation to my readership to write the best comedy I can, so I beat myself up quite a bit.

TrunkSpace: In a lot of ways, writing seems like a young person’s game. Or, a retired person’s game. All of those points between the two get filled with family, kids, and general life chaos. Has finding the time and proper creative head space gotten more difficult the older you get?
Kinney: I think it’s stayed pretty consistent. It’s always hard for me. I started writing these books before I was married. Now I have two kids, one of whom is taller than me. Writing has remained a challenge throughout.

TrunkSpace: Some of your favorite reading growing up involved diving into your father’s comic book collection. How do you think reading comics shaped your creative approach?
Kinney: I learned that great storytelling, and even great literature, can be done in comic form. My favorite stories to this day are the ones written by Carl Barks, who wrote Donald Duck and Uncle Scrooge comics in the 1940s-60s.

TrunkSpace: Your father was a collector. That collector gene seems to get passed down. Do you collect anything?
Kinney: I’m not much of a collector, but I do own a 500-pound Uncle Scrooge statue.

TrunkSpace: You were also a big fan of fantasy books. What was it about that particular escapism that you enjoyed escaping to?
Kinney: I first felt like I got transported to another world when I read “The Hobbit.” The last time I felt that was with the first “Harry Potter” book. Books, as they say, are magic. 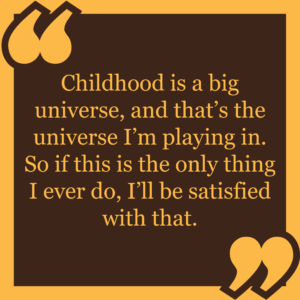 TrunkSpace: Do you think adults are too nostalgic about books they read as kids? Are we emotionally tied to books that we read decades ago that perhaps, in truth, were never really that good? For example, one us here bought a book he had loved as a kid for his own kid, only to be disappointed when he read it back to him today.
Kinney: Yes, I think we have happy memories of our favorite books, but some books age better than others. I’ve had the same experience you’ve had. Wonder if it was the same book!

TrunkSpace: We read a quote from you somewhere that said, “I will sacrifice a good story for a good joke anytime.” With that in mind, what’s the best joke you’ve ever written?
Kinney: It probably involved Fregley handing Greg a piece of paper with a booger on it.

TrunkSpace: Laughter seems like a difficult reaction to bring about based on the written word alone. Is comedy the most difficult genre to pull off in book form?
Kinney: I think it would be hard for me to deliver laughs without pictures. I use them as a crutch. I like the rhythm of setting up a joke in text, then paying it off with an image.

TrunkSpace: You never set out to write “Diary of a Wimpy Kid” for kids. Is it still a surprise that it has resonated with so many of them?
Kinney: I worked on Wimpy Kid for eight years with an adult audience in mind. I thought the book would sit in the Humor section of the bookstore. I had never considered that there was a Middle Grade section. So I became a children’s author on accident. My publisher told me I hadn’t written one big fat book for adults, but a whole series for kids.

TrunkSpace: Writers get pigeonholed just like actors and musicians. Does it ever feel like the success of “Diary of a Wimpy Kid” has placed you in a particular box?
Kinney: I like being in the Wimpy Kid box. Childhood is a big universe, and that’s the universe I’m playing in. So if this is the only thing I ever do, I’ll be satisfied with that. 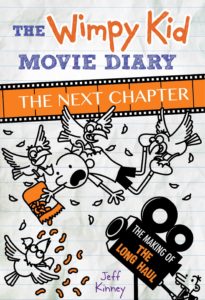 TrunkSpace: The success of the brand has gone beyond just books themselves. As the profile of “Diary of a Wimpy Kid” continued to grow, did people try to influence your writing/books? Did it feel like those on the outside were trying to have a hand in the one aspect that you had entire creative control over?
Kinney: Thankfully, I control everything in between the covers of the book. That’s what’s wonderful about being an author… you have dominion over the contents of your creation. The further you get from the book, the less control you have. But that comes with the territory.

TrunkSpace: What has been the biggest “pinch me” moment from the time “Diary of a Wimpy Kid” found a home to where you are today in your career?
Kinney: I’ve got pictures of the Pope holding the first copy of the Latin version of the book. That was a double whammy for me.

TrunkSpace: Writing can be a solitary, emotionally-draining endeavor. What’s the longest span of time that you have taken to step away from writing to refuel the creative tank?
Kinney: I got on this train about ten years ago and haven’t gotten off. Hopefully I can ride it for another ten years or so. I like having this job. Even if I didn’t get paid, it would be a privilege to do it.

TrunkSpace: What are you working on now and what will people be able to read next?
Kinney: I’m working on the 12th Wimpy Kid book. Out in November!