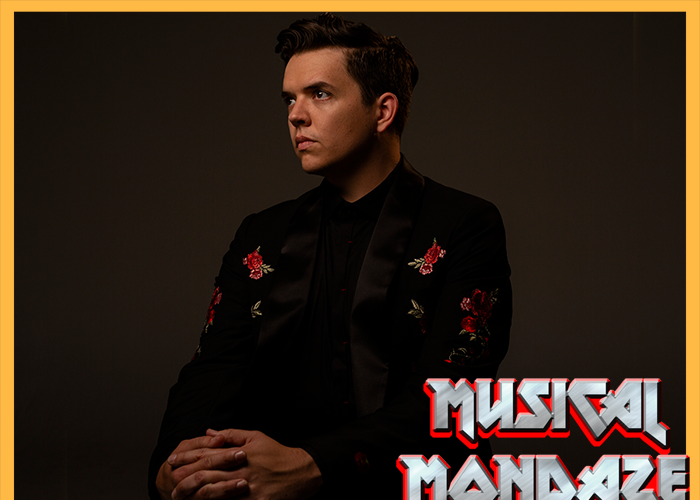 It’s hard to imagine that completing an album – especially one as visceral and as mesmerizing as “Love & the Dark” – could be both a triumphant celebration and a realization of loss, but for singer-songwriter Jason Hawk Harris, there was a lot of pain in seeing his creative vision come to life. Surrounded by sorrow and haunted by personal demons, the founding member of The Show Ponies put all of himself into his country-influenced solo debut, and he knows there isn’t any looking back.

“I’ve had a few moments in the last few months where I’ve thought, ‘Do I really want all these people to know this much about me,’” he says in an exclusive interview with TrunkSpace. “I’ve come to the conclusion that this is just what I do, whether I like it or not.”

We recently sat down with Harris to discuss regulating artistic urges, not becoming a country caricature, and why his baggage will never crush him.

TrunkSpace: You went through a lot personally in seeing “Love & the Dark” become a reality. With everything that you’ve endured throughout the process, are there parts of you that wish this music didn’t have to exist in its current form? As an artist, are there days where you would have preferred there had been more “Love” to write about and less “Dark?”
Jason Hawk Harris: Hindsight is 20/20, so I think I look back on what’s happened now and see this beautiful mess that led to a record that couldn’t have existed without it. But when you’re in the shit, you certainly don’t want that stuff to be happening. So I guess the answer to your question is both yes and no.

TrunkSpace: How has expressing yourself through songwriting changed you as a person? Did the creative journey of “Love & the Dark” alter your way of thinking and how you looked at the world?
Jason Hawk Harris: Songs take on a life of their own after you’ve relinquished your grip on them and send them off into the world. That said, I don’t know if it’s the actual songwriting that changes me, or if my songwriting is just me documenting the changes that have happened as a result of the traumas and triumphs of my life.

TrunkSpace: The album will be released on August 23. With such a personal connection to the songs on “Love & the Dark,” what type of emotions are you juggling with as you gear up to release it into the world? 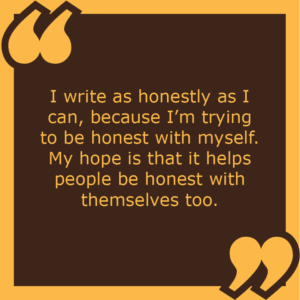 Jason Hawk Harris: There’s some really personal stuff on this record. I’ve had a few moments in the last few months where I’ve thought, “Do I really want all these people to know this much about me?” I’ve come to the conclusion that this is just what I do, whether I like it or not. I write as honestly as I can, because I’m trying to be honest with myself. My hope is that it helps people be honest with themselves too. That’s what my favorite lyricists do for me.

TrunkSpace: Is there ever a fear as a songwriter and artist that you are putting too much of yourself into a song? Does a part of you ever want to be more guarded in the process?
Jason Hawk Harris: Yes. In fact, I’ve had a number of moments where I go to my wife and say, “Hey, is this too personal?” And sometimes the answer is, in fact, YES. “Yes, Jason, it’s too fucking personal,” she’ll say, except she doesn’t like the F word. I shudder to know what I would’ve put out into the world if I didn’t have her to help regulate some of my more uninhibited artistic urges.

TrunkSpace: What would someone learn about you – both as a person and as an artist – in sitting down to listen to “Love & the Dark” in its entirety?
Jason Hawk Harris: That I’m sad in spite of the fact that I’m almost recklessly hopeful. I’ve got a lot of baggage, but I’m not worried about it crushing me.

TrunkSpace: What are you most proud of with the album?
Jason Hawk Harris: I don’t think I’ll ever write another song like “The Smoke and the Stars.” I don’t think it will be the song that connects with people the most, but I don’t think I’ve ever combined all my sensibilities into one song like I did with that one.

TrunkSpace: For years country music has had a very slick, pop-influenced spin that has turned it into much more of mainstream genre, but many artists like Sarah Shook, Joshua Hedley and yourself are bringing an old-school feel, which is making it fresh in a totally nostalgic way. Is your overall sound something that you set out to create or was it a natural transition when you ventured into a solo career?
Jason Hawk Harris: It was natural. Traditional country music lines my oldest memories. It’s the sound of my childhood. I’m influenced by a lot more than just country, so a lot more slips in, but I hope I’m respecting the traditions of the genre as best I can. I feel like a lot of mainstream country artists are making a caricature of country music that misses the mark. Even though I’m slipping in and out of country music on this record and in most of my music, I make it a priority not to do that.

TrunkSpace: We love great lyrics… the kind that stick with us well after the song comes to end. What’s a favorite lyric of yours that you have written and why?
Jason Hawk Harris: The second verse of “Phantom Limb.” 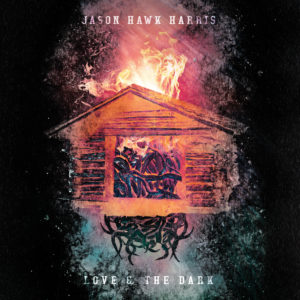 It’s coming in waves, it’s numb in between
When I’m not crying I can’t feel a thing.
And the air gets so thin, I breathe what I can.
Then blow out the smoke, that laughs as it floats
And waves like a flag. I wish you’d come back.

I like it because I really don’t know what the smoke is doing at the end of the verse, but it manages to be perfectly evocative of the larger theme of the song. This is what I’m always trying to do, but it only comes along every now and then. I just hope I catch it when it does.

TrunkSpace: What would 12-year-old Jason think of your musical journey thus far? Would he be surprised by the path you have taken?
Jason Hawk Harris: Well… He’d be surprised I was playing country music or at least country-influenced music. Twelve-year-old Jason really loved Queen, so ultimately I think he’d be disappointed with the fact that there aren’t more contrapuntal harmonized guitar solos than anything.

TrunkSpace: Time machine question. If you could jump ahead 10 years and get a glimpse of what your career looks like a decade from now, would you take that journey? If not, why?
Jason Hawk Harris: No way. I’m doing this thing where I’m trying to live day-to-day, where I’m kind to myself and I don’t beat me up. Seeing 10 years of mistakes all at once might send me to an early grave. I like today. Today is good. I can handle today. I can’t handle 10 years, five years, one year, one month or even one day from now, but I know I can handle today.

“Love & the Dark” is available August 23 from Bloodshot Records.