path of the phoenix 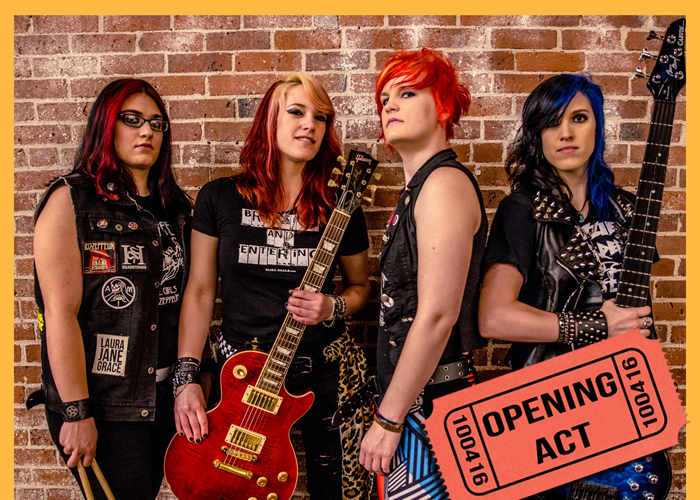 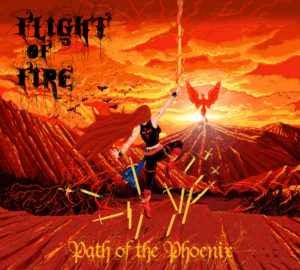 Latest Album/Release: Path of the Phoenix (2016)

Influences: Highly influenced by classic rock artists such as Led Zeppelin, Journey, Rush, Heart and The Who, as well as modern rockers like Halestorm, Paramore, The Foo Fighters and Evanescence. Flight of Fire has varied inspiration contributing to their unique sound, rooted in time-tested rock with a fresh, modern flavor.

TrunkSpace: How would you describe your music?
Flight of Fire: When we’re asked what kind of music we play, we usually say that our primary sound is hard rock, and that we also experiment with elements of heavy metal and folk music. On each of our releases, along with the driving hard rock songs that are our core, we include a couple more acoustic songs and some heavier songs that are reminiscent of 80s metal with a modern writing style.

TrunkSpace: How would you respond to someone who said that “rock is dead?”
Flight of Fire: We agree that rock is struggling in many countries, and the US isn’t the easiest place to build a career on rock music, but rock will never die. It’s too much founded in the pure energy, soul and expression that goes into the best music, and although it’ll continue to look different throughout the ages, the spirit of rock is forever.

TrunkSpace: As far as the “mainstream” is concerned, the genre definitely seems like it has been on the decline, and yet, there seems to be more rock bands touring and pounding the pavement than ever before. Will rock ever have its day in the sun on a major, mass market scale again?
Flight of Fire: Agreed. Especially in America, it’s hard to garner the kind of mass interest in rock music that other genres enjoy right now. But we think that music serves the world and it usually moves in cycles. Hopefully we’ll be around for the next cycle of heavy mainstream music.

TrunkSpace: If the band blew up tomorrow and found yourselves spearheading a rock resurgence, would you be comfortable with that amount of exposure and attention?
Flight of Fire: Absolutely. We are nothing if not ambitious!

TrunkSpace: It seems like bands comprised of women, regardless of their genre, more often than not get labeled as “girl bands” as opposed to just “bands.” How does Flight of Fire 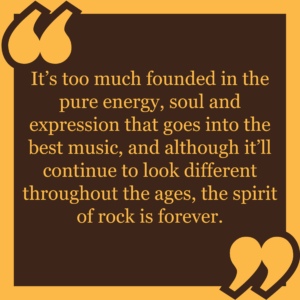 want to be viewed?
Flight of Fire: You’re so right. We love being an all-female band because it’s a totally unique chemistry on stage and during the writing process, but we want to be judged for our music and our character, not for what some people might think of as a gimmick. We’re all best friends, that’s why we play together, not because we’re trying to put on a freak show. But if, along the way, we show the world that girls can shred with the best of them, that would be progress to be proud of.

TrunkSpace: Another thing we noticed about bands comprised of women is that club owners often try to book them on bills with other female fronted bands, even when the music itself doesn’t mix. Is this something that Flight of Fire has experienced?
Flight of Fire: Definitely. And that practice has been both a hindrance and a boost. Sometimes it puts us in a position to open for other prominent female fronted bands and gain more fans, and sometimes it’s just so contrived that it feels a little ridiculous.

TrunkSpace: Boston has a rich history of birthing musical greatness, but it has never had that “scene” exposure like cities like Seattle or Los Angeles or Detroit. How would you describe the Boston music scene in 2017?
Flight of Fire: The great thing about Boston is that there are so many opportunities for new bands starting out. It’s very easy to get gigs and there are so many bands to play with. On the other hand, those first few years of a band’s development are usually filled with shows playing to pretty small audiences, and it can be difficult to break into the larger shows because there aren’t as many mid size venues who are willing to book local support acts unless your following is substantial. On the other hand, although pay-to-play certainly exists here, you can avoid it much more easily than in a city like LA. The road might be longer if you start in Boston, but it seems like a more honest scene than the major music cities in the US.

TrunkSpace: Can you talk to us about your songwriting process? How do Flight of Fire songs come together?
Flight of Fire: We’re very lucky in Flight of Fire that we have three songwriters. Maverick, Tia and Tanya all write songs and have different songwriting styles. The three of us usually write individually and then, when the song is mostly complete, we bring it to the other three so that we can all add in our individual skills to flesh out the song and give it the Flight of Fire sound. Maverick may extend melodies and edit lyrics, Tanya and Tia work together on riffs, and solos and Tia might develop the song’s grooves.

TrunkSpace: Do you ever feel exposed or vulnerable releasing new music to the world, and if so, how do you prepare yourself for that in a world of instant social media feedback?
Flight of Fire: It’s always vulnerable to share new music with your listeners, but for us, that experience usually happens on stage… we tend to play songs out at shows and get a feel for the audience reaction and develop the song as much as we can before we record it, so by the time the song is available to the whole world, we usually have something we feel really confident about.

TrunkSpace: One of the great things about music is that it can often affect people in a way that those who wrote it never intended. Have you been approached by a fan who shared a story about how a Flight of Fire song got them through a difficult moment or time in their life?
Fight of Fire: Those moments are by far the most rewarding memories we have. Our latest release, “Path of the Phoenix,” has a lot of themes of trauma recovery and healing from abuse, and we’ve had fans share their stories about how some of the songs on the album have helped them feel less alone and more understood. Touching people’s lives and validating those who’ve experienced rough times is a very fulfilling experience for us, and since so many of our songs have these themes, we hope that we can continue to inspire our listeners! We wouldn’t be where we are today if it wasn’t for the guidance and help we’d received from our own musical heroes, and the thought that we could come close to helping others as our heroes have done is quite humbling and very motivating. 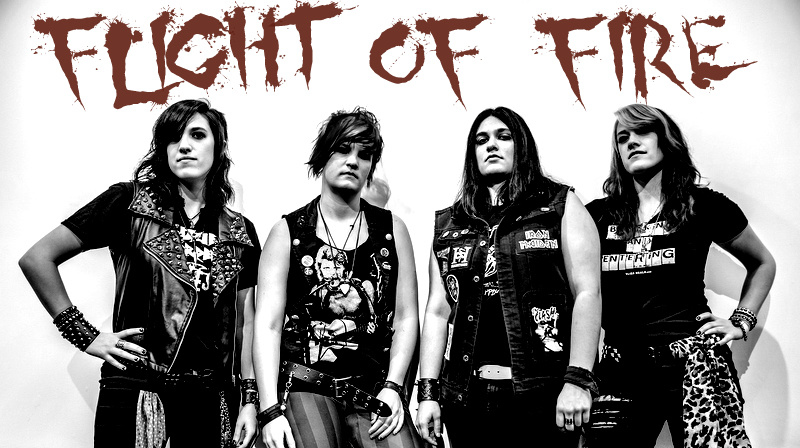 TrunkSpace: Just as listening to music can be a powerful thing for people, creating it can also be therapeutic. What does writing and creating music mean to you?
Flight of Fire: For Maverick, writing music was her way to cope with an abusive childhood, so it was nothing less than life saving. But all of us at Flight of Fire feel passionately about their need to express themselves musically, in a form of honesty that they might not be able to do any other way! This is one of the many reasons why we have no plan B as a band… writing and performing our music is really the only path in life that can fulfill us and keep us sane!

TrunkSpace: What can fans expect from Flight of Fire in the second half of 2017 and beyond?
Flight of Fire: We are so excited for everything that’s coming up for Flight of Fire! We’re touring to promote our new album, “Path of the Phoenix,” and we’ll be putting out a lot more music videos over the coming months. We also have a couple brand new singles planned, and then, next summer, we have our hearts set on touring internationally in Europe and Japan as well as the US, before we get back into the studio to make a little sister for “Path of the Phoenix.”