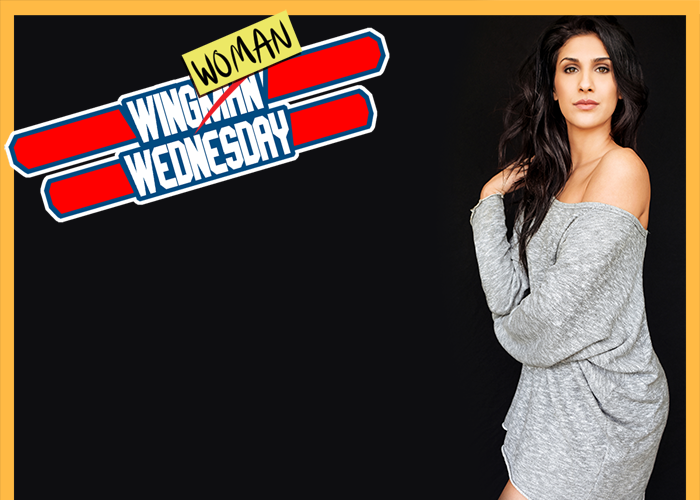 Actress Parveen Dosanjh is thrilled to be working at a time when television storytelling has become so sophisticated and character-driven, but a career in front of the camera was not always in focus. While being drawn to performance and storytelling from an early age, it wasn’t until she attended a motivational seminar that she chose to step away from her career and pursue acting full time. The gamble paid off, and after landing guest spots on series like “Supergirl” and “Arrow,” she was cast as Dr. Nani Singh in Season 1 of the science fiction series “Another Life,” currently streaming now on Netflix.

We recently sat down with Dosanjh to discuss feeling an instant connection to her “Another Life” character, working on a platform like Netflix, and what helps her feel stable in a career known for its instability.

TrunkSpace: Your new project “Another Life” is the kind of series that would not have been considered 20 years ago, but because of how sophisticated television has gotten, these types of science fiction epics are now possible on the small screen. Do you feel like you’re working at a particularly rich time, not only due to the quality of the content being produced, but also due to how much focus is given to character development these days?
Dosanjh: Absolutely. Having this quality of content makes it more enjoyable for the viewers. There is much more creativity involved as sci-fi is evolving and it will only continue to grow, as the possibilities with the genre are endless. The focus given to character development is a blessing to all actors and viewers, because of the connections and relatability that can be formed.

TrunkSpace: Looking at your particular character – Nani – what was is about her that jumped off of the page at the outset and made you say, “Yes, this is the kind of part I can really sink my teeth into?”
Dosanjh: That is actually how I felt! I loved that she was extremely intelligent, and also strong. She can really hold her own and knows the value she brings to the research. Her relationship with Eric (Justin Chatwin) also interested me, as they tend to banter and compete but also have each other’s best interest at heart. Very relatable to many work partners in real life.

TrunkSpace: This is your longest time – seven episodes – spent with one character. What was that prolonged journey like with a character and did you know going in what her journey would look like throughout that first season or were you still discovering 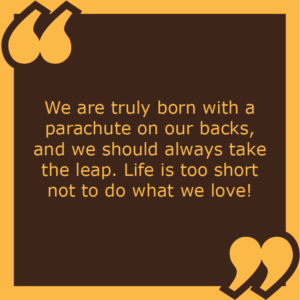 as you went along?
Dosanjh: Good question. I definitely had an idea about this character, but I discovered so much more as I went along through the season. Because it was Season 1, everyone discovers more as they go because there isn’t a set expectation of what the show should look like. It made it quite interesting and definitely more fun to add some more layers as the episodes progressed.

TrunkSpace: Because this is such a big project that has a home on a platform like Netflix, does it feel like it could be a career game changer for you in terms of opening up more doors in the industry?
Dosanjh: Yes, and I’m very grateful for that. Netflix is obviously one of the biggest platforms in the world right now, and I feel very blessed to be able to work for them. I’ve always been a huge fan of their original content and love the quality of it. Being part of this great quality show with the exposure and accessibility for viewers that Netflix provides will definitely open up more doors for me.

TrunkSpace: Science fiction, like horror, seems to have a bit of a built-in audience. Fans of the genre seem more willing to try out something new because they’re interested in the worlds that these types of projects play in. With that said, is it nice to know that a project you’ve worked on will have eyeballs on it when it eventually airs, because it seems like in this industry more than any other, so much of it is out of your control once your contribution is over?
Dosanjh: Yes, it’s great to know that people are drawn to this particular genre and there is a great fan base. So much is out of our control, and all we can contribute is solid work, but yes I think having the certainty that it will be viewed by this ‘built in audience’ really helps, and inspires me to work even harder and be more creative with my choices.

TrunkSpace: For the viewer, the end product is always the most memorable because that is what we see, but for those involved in the project we imagine it goes much deeper than that. What is something about your work on Season 1 of “Another Life” that you’ll carry with you through the rest of your life and career?
Dosanjh: Wow, there is so much that I learned and will carry forward, but I’ll touch on a bit. I think not being afraid to make bold choices is one of them. I learned that from Justin Chatwin, as he makes such interesting choices that add so much depth to his character. He was really not afraid to do that, and that inspired me and pushed me to think even more outside the box, as all of my scenes were with him. I also learned a lot from working with such experienced and present actors (Justin Chatwin, Selma Blair and Barbara Williams). I was soaking in so much throughout the season and learned more on that show than any other definitely.

TrunkSpace: From what we understand, acting wasn’t always part of your long-term plan. What drew you to this industry as a career, and at what point did you decide to take the leap and put 100 percent of yourself into it?
Dosanjh: Yes, it wasn’t a part of my long-term plan, but there was always something that drew me to it. I was an athlete through University, and I loved the performance aspect of it. I also loved storytelling and the study of human behavior (physically, mentally, emotionally and spiritually). I eventually discovered that my passion was acting and performance, and I knew that it wasn’t going to be an easy road, but I believe that our instincts are always right, and we should follow them. I attended a motivational seminar, and within that four days, I decided I would give up my business, and focus on acting full time – and of course put all of my effort into it. We are truly born with a parachute on our backs, and we should always take the leap. Life is too short not to do what we love! 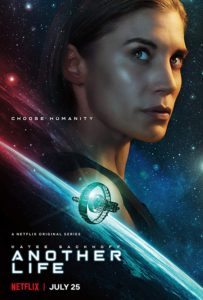 TrunkSpace: There’s a lot of uncertainty that comes along with a career in the arts. What have you found to be your rock in terms of staying focused and on your path throughout the course of your career?
Dosanjh: Yes, it is not a ‘normal’ life. Meditation, physical activity and surrendering are what help keep me balanced. Of course, we must train efficiently and stay prepared as actors as well, but the toughest moments mentally are when you’re auditioning and putting effective effort in and not booking. I think those are the moments that matter in our development and focusing on doing things that you love will really get you through. Daily meditation has helped me with focusing on my highest self. Working out (MMA especially) helps release/venting for me and helps me connect to myself physically. Having a great support group or friends that understand you and your life really helps as well.

TrunkSpace: What has been the highlight of your career thus far?
Dosanjh: “Another Life” is the highlight thus far! I also just shot a passion project that has been in the works for the past eight months, and is currently in editing, I am super excited about that one. It’s a short film that will display the power of the female and connecting to our inner warrior. I think it will be very impactful.

TrunkSpace: Time machine question. If you could jump ahead 10 years and get a glimpse of what your career looks like a decade from now, would you take that journey? If not, why?
Dosanjh: Ahh, what an interesting question! And a tough one. No, I don’t think I would jump ahead to see what it looks like. I think that would create feelings/expectations that are unnecessary at this time in my life and would cause me to not stay present. Staying curious, open and trusting that everything will work out how it is meant to be, and is what would serve me best!

Season 1 of “Another Life” is available now on Netflix.