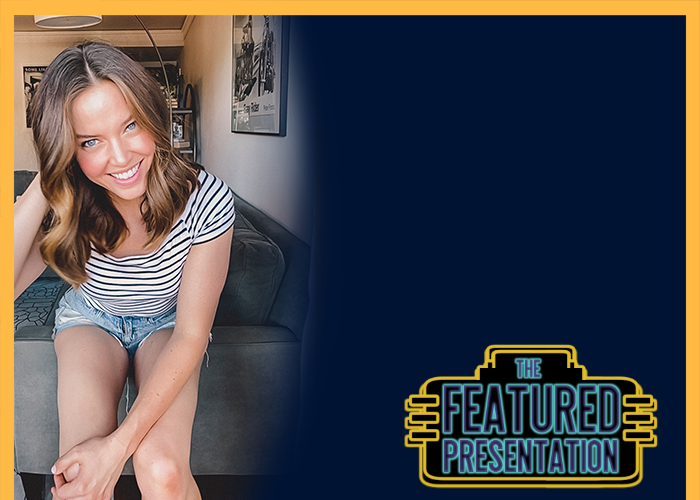 There was a great shift in the world of entertainment when Covid-19 hit. Movies were bumped from the release schedule, productions delayed, and theaters left empty. For those films still brave enough to venture into the socially-distanced fold of the cinematic experience, audiences – albeit smaller than the norm – were waiting to participate in the best form of escapism. For the independent horror hit Followed, that meant being #1 at the box office when it finally opened in June, which was a pleasant surprise for star Sam Valentine, who like everyone else, was navigating the highs and lows of 2020.

“I do think that being one of the only new films dropped during this time has really helped us find a much bigger audience than we could have imagined with an indie horror feature, so you have to count those small victories,” she said in an exclusive interview with TrunkSpace.

We recently sat down with Valentine to discuss giving people an escape, how she has kept her career in focus during quarantine, and why she chose to start the podcast One Broke Actress.

TrunkSpace: Your latest project Followed was released in the middle of a pretty tumultuous time for not only the country but the world as a whole. In a way, is it nice to be a part of people’s escape during all of this – to be their outlet to what was “normal” once?
Valentine: Absolutely. The film focuses so hard on social media and how we consume it, which I think is especially relevant in a time when that is one of our only connections. And being able to give people a fun and new (albeit kind of terrifying) piece of content to enjoy right now feels like a relevant contribution. On a personal note, this movie has been such a long time coming for all of us involved (we shot it back in 2016!) so it was such a great personal high note. 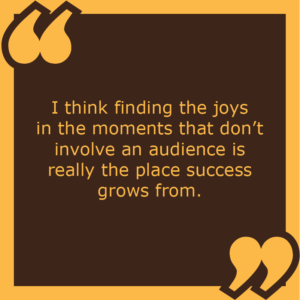 Valentine: Much like all of our emotions over the last few months, I have highs and lows. Sometimes I cannot imagine my life without the learning opportunities and incredible relationships I have made online. And then some days I leave my phone on airplane mode until the last possible moment. I will say diversifying my follows (specifically Instagram, the platform I use the most) has helped me come to a better place. During the height of the protests for Black Lives Matter, I made it a huge point to follow more BIPOC accounts, more body positive influencers, and just generally “clean house” on the content I was consuming.

TrunkSpace: Walk us through what the experience was like to see Followed brought to fruition, because like you said, you originally worked on it back in 2016. Was it a surprise to then see it released four years later and to ultimately find an audience?
Valentine: It has been a journey! This was the first film I was cast in after I joined the actors union SAG-AFTRA, so it felt like a big step in my career. But one of the hardest lessons actors have to learn is that nothing is on your planned schedule… ever. Our director, Antoine Le, has done an amazing job of keeping us all informed and up to date over the years. We even had a private friends and family screening with an early cut of the movie because they knew with the festival circuit planned before distribution, it would be a while before Followed got out into the world. And then we finally had a big theatrical release planned for April… but we all know what happened there! I do think that being one of the only new films dropped during this time has really helped us find a much bigger audience than we could have imagined with an indie horror feature, so you have to count those small victories!

TrunkSpace: A person can change a ton in a four year span. What would the Sam Valentine of 2020 have done differently with her performance in Followed? What choices did 2016 Sam make that you wouldn’t make today?
Valentine: That is such a hard question. I have definitely grown up quite a bit and found a lot more of my personal confidence, not only in my work but in my life as a woman in Hollywood. Of course you can always critique yourself the more time you have to reflect, but to me, the character of Danni will forever belong to 2016 Sam.

TrunkSpace: For fans, the final product of a film or series is always the most memorable part, but for those involved in a project, we’d imagine it goes much deeper than that. For you, what is something about your time working on Followed thus far that you’ll carry with you through the course of your life/career?
Valentine: Honestly, it would be the relationships established from that set. Our cast and crew had to fall in love in a two week span to make what we did, and I think those kinds of connections last a lifetime. Matthew Solomon (Drop the Mic) and I still have a close relationship and are always semi-joking about constantly looking for our next project together.

TrunkSpace: As an actress – a profession where you generally are required to work directly with other people in a scene – how have you kept the tools in your toolbox sharp during this extended period of isolation?
Valentine: I am still in my acting class every week at John Rosenfeld Studios – having a deadline to hit with a script and scene assignment has been vital for the days that everything feels messy and far away. I also have a self tape partner Jenna Michno who I have done some socially distant self tapes with during this time – we help keep each other in check and motivated. And lastly I have made a big point to continue to study film/TV and read a ton of books. Listening, being emotionally invested, and responding honestly are all skills we can practice… even at home!

TrunkSpace: You also run the blog/podcast called One Broke Actress. Creatively, what does this outlet do for you that you personally that you haven’t been able to achieve in you career? What does it accomplish beyond listeners?
Valentine: It gives me a job I can’t get fired from! (Laughter) Just kidding.

I have always felt there was a massive hole in terms of honest information about the day-to-day life of working actors. You can find thousands of articles and videos now from women being “real” and “authentic” and showing their scars and stretch marks and just being human. And I thought, “Where is this for actors? Why do we feel we are the ones who have to maintain a perfect image for casting/producers/etc?” So I decided to be the face of that movement and share as much as I can about this world I function in while inviting others to do the same. Too many success stories are written after they happen, so I get to write mine while it’s in progress.

TrunkSpace: What is the biggest misconception people have about a career in acting? What do those in your life – family and friends – who are not in the industry get wrong about your journey?
Valentine: I think the worst conception anyone has about this business (including people in it) is trying to map it out on any kind of time table. We can control who we are and what we choose to focus on, but the bookings, the “timing” of successes, that is all out of our control.

TrunkSpace: What has been the highlight of your career as a whole thus far?
Valentine: It’s funny because you would think this answer would be some big premier or my biggest paycheck, but it’s actually when I was on set for a non-union allergy medicine commercial my second year in LA. We filmed the whole thing outdoors and I was on a zip line all day. I probably did 30 to 40 runs on that thing. I remember driving home and thinking, “Wow… I just got paid for something I would have paid to do… now this is the life!” I think finding the joys in the moments that don’t involve an audience is really the place success grows from.

TrunkSpace: Time machine question. If you could jump ahead 10 years and get a glimpse of what your career looks like a decade from now, would you take that journey? If not, why?
Valentine: Nope. Firstly if you have seen any movies, very little good comes from time travel! (Laughter) But no, I have such deep faith in my long term career and life that seeing it in a moment wouldn’t do justice to the journey to get to that point. And I really love that I have today and tomorrow.

Listen to the One Broke Actress Podcast here.