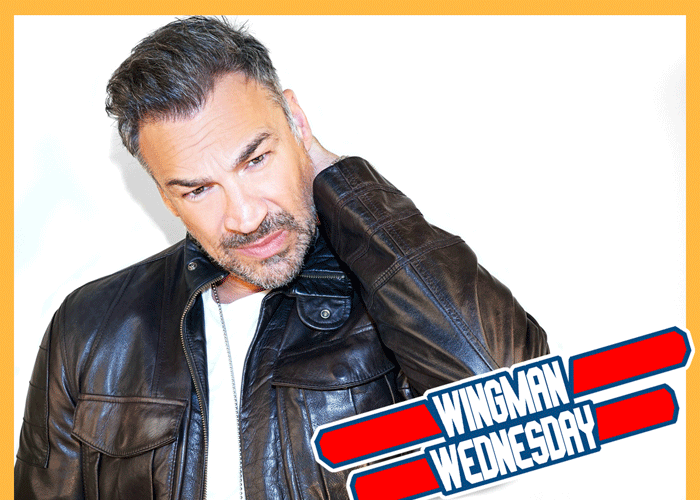 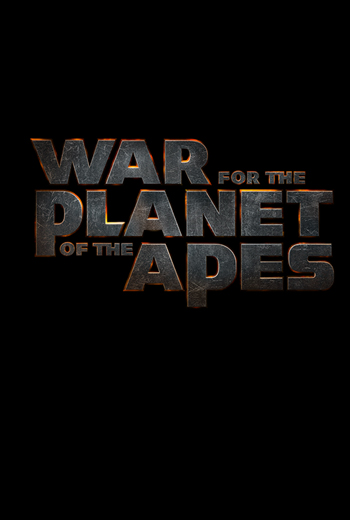 Just so we’re clear, TrunkSpace is not monkeying around with this interview.

And yes, while that was a terrible pun to lead into our chat with Aleks Paunovic of the upcoming “War for the Planet of the Apes,” we’re not going to apologize, and here’s why. As unfunny as it was, it actually applies. Paunovic is deadly serious about his craft, and even more so, he’s passionate about the work, right down to his memorable guest spot on the series “Supernatural.” The excitement he absorbs from playing his various roles, including that of Julius the vampire in Syfy’s “Van Helsing,” is apparent in every aspect of his delivery. This is a man who genuinely loves his job and is grateful for every opportunity he receives, which is a breath of fresh air in a world where it seems so many take so much for granted.

We recently sat down with Paunovic to discuss season 2 of “Van Helsing,” how he’d like to share even more, and how playing a primate means playing human.

TrunkSpace: We have to start with something that is a big guilty pleasure of ours here, which is “Supernatural.”
Paunovic: That’s awesome!

TrunkSpace: You guested as Gunner Lawless in “Beyond the Mat,” one of the more memorable episodes from last season and we’re curious if getting a small taste of that universe has opened you up to the very passionate fanbase?
Paunovic: Well, I was in two more episodes before that as two completely different characters.

TrunkSpace: That’s right. You actually played one of the skinwalkers in one episode, right?
Paunovic: Yeah! And it opened me up in that realm because the fans are so on point that it was surprising to me because I started getting people noticing me or contacting me and doing that whole thing because I was a part of the show. But then, Gunner Lawless and that wrestling episode, to me, was just a gift for a role. And everybody that’s a part of that show just embraced me with taking on such a great role. I got to learn the wrestling aspect of it and it was just a blast, man.

TrunkSpace: What’s so great about that series is that it’s sort of a hybrid of comedy and drama. When they do the comedy it’s gold and when 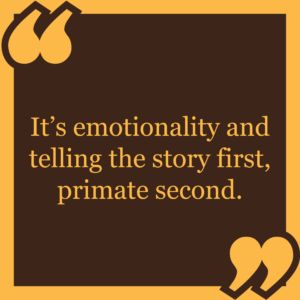 they do the drama it’s heartfelt and that “Beyond the Mat” episode is a perfect example of that.
Paunovic: Yeah. I totally agree. I just love what they do with that show. There’s a reason why it’s going 12 years. I just love how they mix the drama and the emotionality with the humor of it. I just love how they make that work and not a lot of shows do that. So again, I was really blessed to be a part of that.

TrunkSpace: Going from a series that is often about vampires in “Supernatural” to a series where you play one in “Van Helsing,” from an actors perspective, we have to imagine that playing in that science fiction/genre sandbox must be a load of fun because you really get to step out of reality for a little bit.
Paunovic: That’s right on point. That’s exactly it. You nailed it. For me, it’s such a blast because you literally get to… when you’re a kid you play Cowboys and Indians or you play whatever your imagination can take you to. I’m kind of still doing it, so it’s kind of fun that I can jump into a show like “Van Helsing” and really kind of explore the “what ifs” and really drop it down into a reality based type of thing, even though it’s fantastical.

TrunkSpace: You’ll be returning as Julius in season 2 of “Van Helsing,” but do you have any idea where his arc will take you?
Paunovic: We’re in the middle of shooting it right now and all I can say is that I’m over the moon with the arc that has happened with my character. And even the show… the first year you kind of hope that fans connect to it, but as a well oiled machine, especially with Neil LaBute at the helm, we’re really gearing into season 2 and it’s feeling amazing. I cannot wait for people to see where Julius has gone.

TrunkSpace: In a time of leaks and spoilers, we understand why NDAs exist, but at the same time, it must be difficult to not be able to discuss something like that when you’re so excited about the work.
Paunovic: Dude, I’m busting at the seams. I’m rocking my mind about how much I want to talk about it or Tweet about it or Instagram about it because, no joke, when you see this season and what my character is going through, you’ll go, “How did he keep that in?” But for me, I get the surprise aspect of it and I’m really looking forward to the surprise and for people to kind of get blown away with a lot of the things that are happening with Julius. Yeah… I’m busting at the seams, man. I cannot wait for people to see this season.

TrunkSpace: Something else we’d imagine you’re pretty excited for people to see is “War for the Planet of the Apes.” When you landed that role, what was your initial thought with getting a part in such a storied franchise?
Paunovic: Well, it was a little trippy because, like you said, it’s such a storied franchise. I saved my audition side because I thought that was it. I was just celebrating the fact that I got an audition for it. I never thought that it would go anywhere further. To me, it was just like, “I got an audition for ‘Planet of the Apes.’ That’s awesome!” And end of story. That was it for me. And then it grew into about five auditions until I finally got the role and I was still shaking my head at it. And then going to work and… it’s next level. 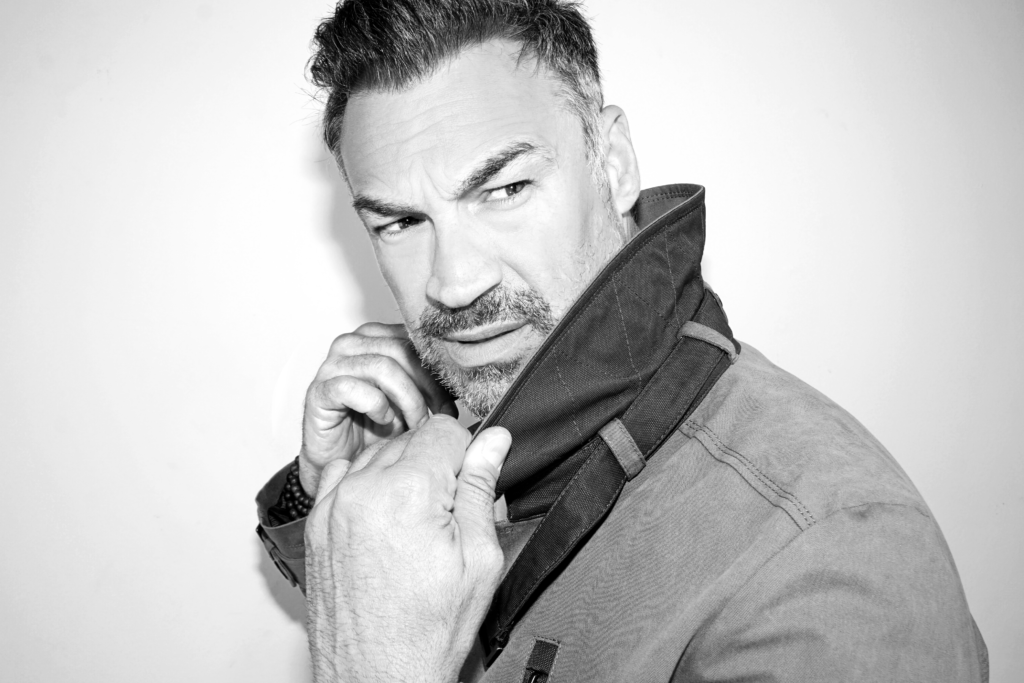 Matt Reeves who directed it and Andy Serkis, who was phenomenal… Andy was an extension of Matt Reeves and them working on this project together was just a joy to be around. Being a part of it, again, is next level.

TrunkSpace: The last film in the franchise is, although fantastical, so grounded in reality. And the trailer for “War for the Planet of the Apes” seems to carry that torch forward while also playing off as very intense. It seems like a crazy ride.
Paunovic: It is. Honestly, the mood on set was never like the fantastical aspect of playing primates and playing apes. It was literally like, we’re telling a story and this is the story we’re telling in the most real sense. So there was no feeling of it being not in reality. That was the cool thing, especially with Andy. Andy took it all very seriously and helped everyone along with it. So, the new characters that were introduced… we got to basically be guided by Andy/Caesar, but the last thing we ever thought was that it wasn’t reality. That was the cool thing.

TrunkSpace: So in playing Winter, did a lot of it rely on the physicality aspect of playing a gorilla?
Paunovic: It’s interesting. You would think, and even when I was going to the auditions you would think, but the bottom line was the acting. It was the emotionality of the character and the story that these characters were telling. Each character has their own story and you cannot get away with… like, for instance… it’s emotionality and telling the story first, primate second. That’s just how it came down. When we first started, it was all about sitting and being vulnerable and open with the story that we were going to tell before we actually got up and did any physicality as a primate. Matt Reeves and Terry Notary were big believers in that it’s about story first and then everything else falls into it afterward.

TrunkSpace: Well, the key is that as an audience you stop seeing them as primates and start seeing them as characters, which was more than successful with “Dawn of the Planet of the Apes.”
Paunovic: Yeah. And that’s all Matt Reeves. Matt, Terry, and Andy… those three really helped everyone dive in. The last thing that we did was wanted to be apes. Everything first was story, so we got really lucky.

TrunkSpace: So it sounds like it’s more of a drama than an action tentpole?
Paunovic: Totally. Absolutely. Absolutely!

TrunkSpace: So with a movie of this size there’s obviously a lot of marketing materials and merchandising. Are we going to see Winter represented in any sort of cool merchandise and does it kind of blow your mind to see that kind of stuff?
Paunovic: You know what? You’re the first person to actually mention it to me and I just went, “Oh my God that’s right. I could actually be an action figure.” That just kind of blows me away. That would be cool.

TrunkSpace: I addition to your acting career, you have also been producing, particularly with one film that caught our attention called “Puppet Killer.” What is it that drew you to the producing side of the business?
Paunovic: One of the reasons why I love the producing aspect of the business, and I really got serious about it with a film called “Numb” that I was a part of, it’s the connection and relationships and troubleshooting on set that I really took pride in. Taking charge and jamming with the other producers and director and figuring out ways that we can make this work and make that work and help the story. I absolutely loved it. So when I had the opportunity to do that with “Puppet Killer,” which is a film coming out that happened to just be super fun… and Richard Harmon who is in “The 100” is a part of it also. We just had a blast shooting it and the producer role was basically one of those things where I just wanted to take on a little bit more responsibility and help the film along. I can’t wait for it to come out. 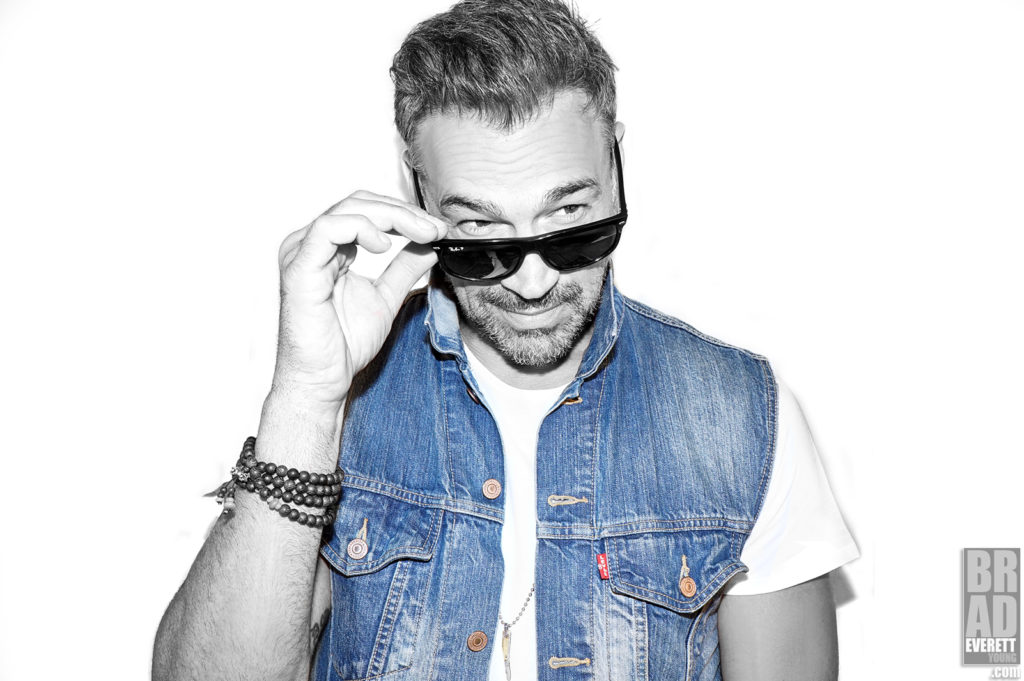 TrunkSpace: So is producing something you want to continue to pursue in your career?
Paunovic: Absolutely. I do love being a part of something more than just getting hired as an actor, do my thing, say bye to everyone, and then I’m out. I love the aspect of the long haul and being a part of it and building those relationships. Going through those trials and tribulations of making a film or a series and kind of everyone standing tall and believing what they put down. For the film “Numb” that I did, that was like four years before we actually went to camera. Almost five years before we went to camera. So that journey when we actually did go to camera and then we wrapped the last day… that was just way more emotional and rewarding than anything else where I just jumped in as an actor, so yeah, I’d like to do more.