Nothing’s As It Should Be 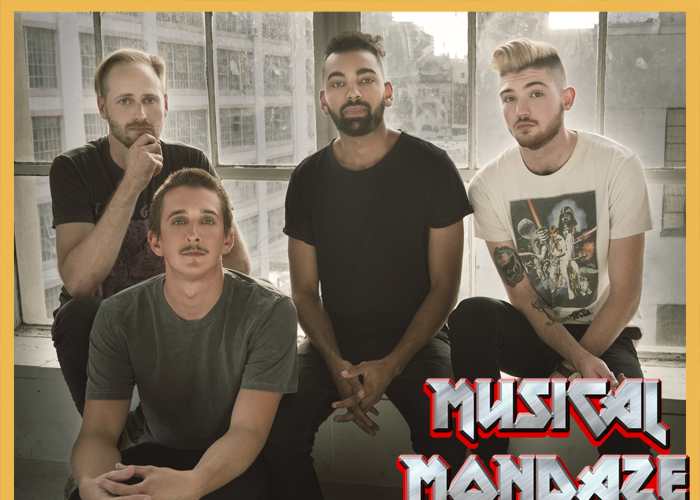 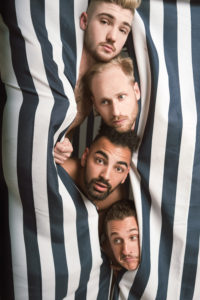 Pringles may have cornered the market (and the trademark!) on “Once you pop, you can’t stop,” but the sentiment behind the catchy tagline applies to the catchy pop sound of the California-based The 131ers. Their latest album, “Nothing’s As It Should Be,” is chock-full of delectable audible delicacies, the kind you can’t help but revisit over and over again.

We recently sat down with the band – Kaleb Davies (vocals/guitar), Ryan Dawson (drums) and Chris Graue (bass) – to discuss the evolution of their sound, sewing Star Trek costumes at the eleventh hour, and why they’re poised to take over the world.

TrunkSpace: Your latest album, “Nothing’s As It Should Be,” is available now. Did you guys feel less pressure in the studio putting together the follow up to your debut knowing that you had already established your sound and who the band was sonically with your first album?
Davies: To be honest, no not really at all. If anything there was even more pressure. Our first album was a long time ago and I think we really see NAISB as this fresh start. This is us. This is our sound and it’s drastically different from our debut – which I like. I don’t think any artist should stay the same too long.
Graue: The first album was done much more quickly, mostly to get something out so we could play shows. We spent nearly three years getting NAISB just right.

TrunkSpace: Did you guys attempt to do anything different with “Nothing’s As It Should Be” that you didn’t set out to do with your debut, and if so, did you accomplish your goals?
Davies: The main differences are in the songwriting style. A lot of the music on this new record was built to be played live – it’s all about, “What will work in front of a room of angry teens?” ya know?
Dawson: We started writing songs based on the shows we were playing, which I think really changed our sound and how we accomplished certain movements. 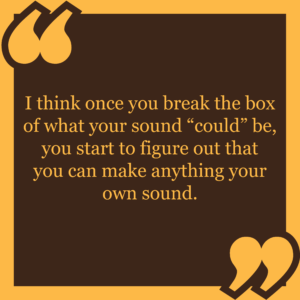 Davies: I’m just really proud of Ryan to be honest. He did a really good job with the drums and everything.
Dawson: Aw Kaleb, that’s so sweet. 😉

TrunkSpace: You guys infuse a little bit of everything into your music. Does that genre-bending approach allow you to create without any self-imposed margins?
Dawson: Nothing is really off limits for us while writing. If there is a super dope trap beat we’re into, we’ll write a song to that. I think once you break the box of what your sound “could” be, you start to figure out that you can make anything your own sound.

TrunkSpace: If The 131ers are still together and churning out music in 10 years, do you think it will sound similar to what we’re hearing today or are you being continuously influenced by what you’re absorbing around you? Is “Nothing’s As It Should Be” part of an ongoing musical metamorphosis?
Graue: We’re always evolving. Already, our new songs we’re writing don’t sound like the record we just put out. If a band quits trying new things, they might as well just stop.

TrunkSpace: Where are you guys hardest on yourselves as artists? What is the biggest personal hurdle you have to overcome with each new song or album?
Davies: I think because of this band I’ve truly begun to hate myself.
Dawson: Hey Kaleb, I love you, okay.
Graue: It’s probably at least a little bit because we put a lot of pressure on ourselves to top what we’ve done before. No one is really asking us to do anything more than play a couple songs, but then there we are sewing our own Star Trek costumes the night before a show…

TrunkSpace: Many people say that music is a form of therapy. Is it that way for you?
Davies: I’m not sure about that one, but I’m going to ask my therapist about it next Tuesday. 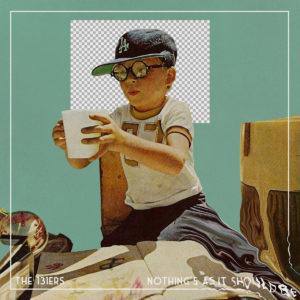 TrunkSpace: Can you imagine a day when music isn’t a part of your life? Is the act of creating a part of you, even if you were not releasing it to the world?
Graue: We’re all pretty creative, but not necessarily limited to music. Kaleb builds stuff, Ryan does visual art, I make videos, we all do a bit of writing. Personally, I don’t know if I would play music if no one was listening, but I’m always making something.

TrunkSpace: What do you consider “success” in music and have The 131ers achieved it? If not, what will it take for you to feel successful?
Dawson: That’s a loaded question. But I think it’s all subjective. There are times where I’ve felt we were and times when I feel we aren’t, and I don’t think that’ll ever change. Even the Killers feel that at some point too.

TrunkSpace: What has been the single greatest music-related moment of your lives thus far and why?
Graue: One time I got to crowd surf while playing a solo in Gainesville, Florida. I thought I would be too excited and jostled around to play it well, but it actually sounded all right.

TrunkSpace: Finally, what’s on tap for The 131ers for the rest of 2018? What should fans be on the lookout for?
Davies: I’m not sure exactly what the rest of this year looks like right now or even what 2019 will be. But there’s gonna be more music, and more shows and more crazy shit. Whatever happens, I know one thing for sure – The 131ers are gonna take over this whole fucking world.

“Nothing’s As It Should Be” is available now.