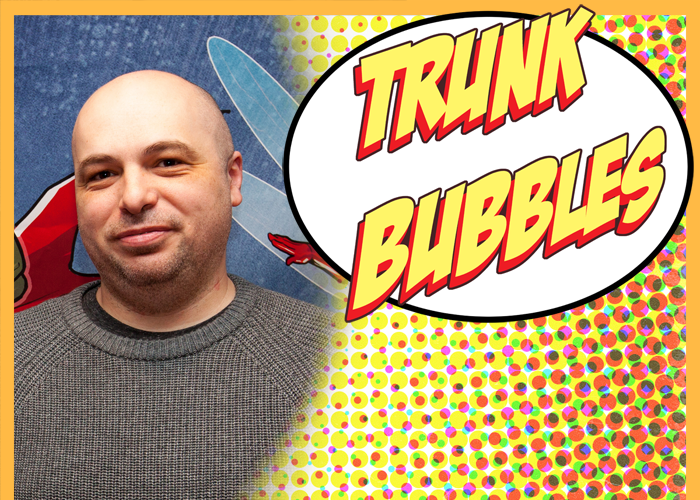 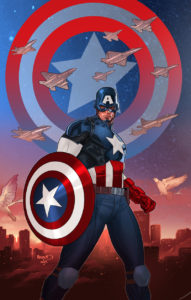 TrunkSpace: How would you describe your art style?
Renaud: I’m a mix of my European and American influences in comics and illustration. I love the classics, and take pride placing myself in their footsteps.

TrunkSpace: How important were comic books in your life growing up and is that where you discovered your love and inspiration for drawing?
Renaud: Comics have been the happiest memories of my whole childhood. They’d bring excitement, comforts, tons of virtual friends, and a form of stability in an overall dramatic family life. I became a fan of American comics by 10/11, avidly reading the X-Men and most of Marvel comics. The artists drawing those books were my first influences, John Byrne, Paul Smith, Alan Davis, Frank Miller… and created the appeal for me to draw and tell stories. 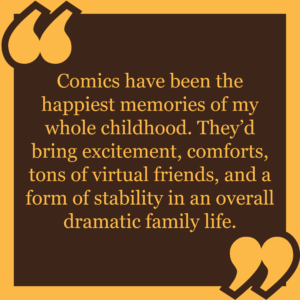 TrunkSpace: How did you decide to approach your career in comics? Did you formulate a plan of how you wanted to attack what is known for being a hard industry to crack?
Renaud: I first tried to work for the French market because it was the easiest thing to do back then, but I had a bad experience with my first experience in the business. Fortunately, my work was spotted by an American art dealer, Rich Dedominicis (who’s still one of my best friends to this day), who showed my commissions online and to art collectors. That lead me to get published in the States.

TrunkSpace: What was your biggest break in terms of a job that opened more doors for you?
Renaud: That would have to be a short story I did for Rick Remender’s Fear Agent. I did that book for free, because I loved Rick’s work. That job got me on the radar, and got me offers from most publishers. After that, Rick and I did a Red Sonja book that got me noticed by the fans. Rick has grown to be my favorite collaborator over the years, and he’s always been a very loyal friend.

TrunkSpace: A lot of people say that breaking into comics is the hardest part of working in comics. How long did it take you before you started to see your comic book dreams become a reality?
Renaud: It happened pretty fast, but I think I’ve made poor career choices over the first 6 years. I thought I wasn’t ready for Marvel in spite of their offers, and chose to work for smaller companies first. Today, I can say I’ve been happier working for Marvel than anywhere else. 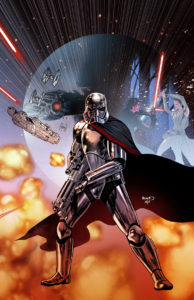 TrunkSpace: Is there a particular character or universe you always find yourself returning to when you’re sketching or doing warm-ups?
Renaud: Not just one. I love fantasy, sword and sorcery, and I love drawing superheroes, like Batman or Captain America.

TrunkSpace: Is there a specific title or character that you’d like to work on in the future and why?
Renaud: I’ve already drawn most of my favorites, but I’d really love to draw a Batman book. He’s probably the coolest looking character out there. Gotham, and all the gothic settings would be a blast to draw.

TrunkSpace: What is your ultimate dream when it comes to your career in comics? Where would you like your path to lead?
Renaud: I’d love to be able to develop a creator owned project while keep playing with Marvel and DC‘s toys. But I really feel the need to create my own book.

TrunkSpace: What would you say is the greatest strength as an artist?
Renaud: Being able to do the whole thing has always been a great asset for me, from pencils, inks to coloring. I like doing my own lettering too when I can.

TrunkSpace: How has technology changed your process of putting ideas/script to page? Do you sue the classic paper/pencil approach at all anymore?
Renaud: I do a bit of both, traditional, and computer art. Working digitally has allowed me to work faster, and meet the tight deadlines that comics are accustomed to. I’d just draw layouts, and directly ink them. That way I can do one to two pages a day.

TrunkSpace: What advice would you give another young aspiring artist who is considering a career in the comic industry?
Renaud: Show your work online as much as possible. Work hard to be reliable, and consistent.

TrunkSpace: Making appearances at conventions: Love it, leave it, or a combination of both?
Renaud: I love meeting the fans, but the deadlines must come first. I don’t do as many conventions as I should, because I’m always working on tight 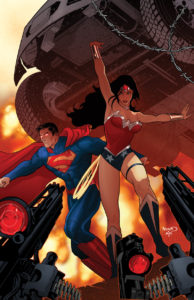 TrunkSpace: What is the craziest/oddest thing you’ve ever been asked to draw as a commission?
Renaud: An old lady asked me to do a portrait of her dog once.

TrunkSpace: What else can fans of your work look forward to for the rest of 2017 and into the new year?
Renaud: I just finished the covers for a new upcoming Star Wars series featuring Captain Phasma, and leading to the Last Jedi. I’ll be also doing a 30 page one-shot on Captain America, part of the Marvel next event GENERATIONS.

I’m still discussing what comes next, so I don’t want to say too much.