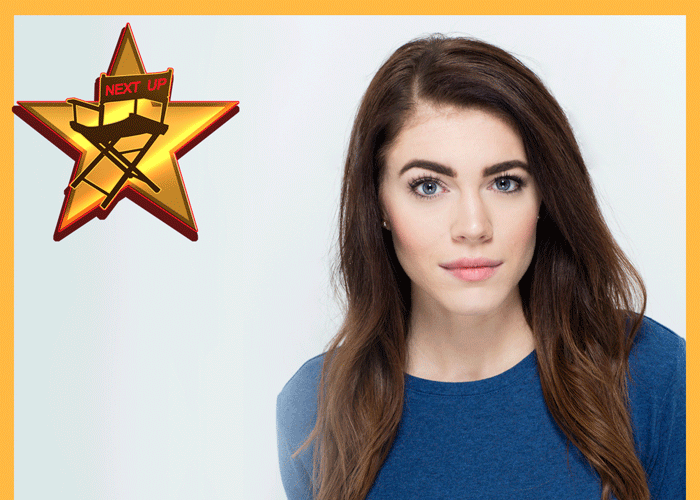 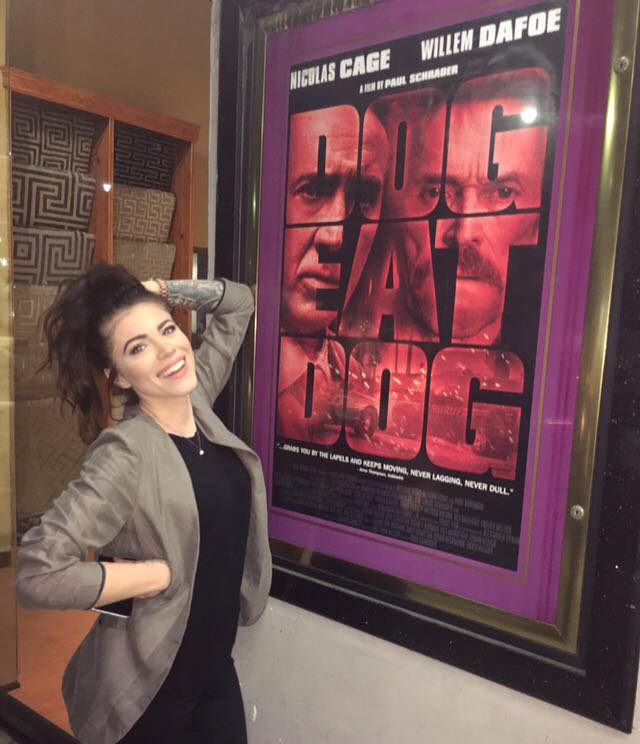 TrunkSpace: When did you know that you wanted to act for a living?
Mee: I did theater as a kid, took some courses in my teens, and absolutely loved it, but I think I truly knew about two years ago. I did a gig for my friend Cody Carson and his band, Set It Off. We shot that music video for two or three days straight, barely ate anything or got much sleep, but I was absolutely in love with the job.

TrunkSpace: Was there a particular performance or actor/actress from your childhood that you remember being drawn to and inspired by?
Mee: I was always drawn to Leonardo DiCaprio, Heath Ledger, and Johnny Depp. Not only is their acting craft immaculate, but the fact that they can completely go into a third dimension and truly create their characters, it is a dream. Creating is the dream.

TrunkSpace: How did you decide to approach your career as an actor? Did you formulate a plan of how you wanted to attack what is known for being a hard industry to crack?
Mee: So, it’s tricky, because I’ve always known that I wanted to be an actor. I’ve been a musician my entire life, but acting was always a focus of mine. Unfortunately, acting and music had to take a back seat while I dealt with some personal life problems, that I now find important to talk about. In September, I’ll have five years sober, and I truly believe that it has taken a big part of where I am in my career today. After I shot that music video, I decided that acting was definitely what I wanted to do full time, forever. Then things, and people, started to just, kinda, show up in my life. Jessica Cameron showed up in my life, introducing me to my first agent, Ali Ferda with PCG Talent. From there, I started auditioning, doing the suggestions I was told to do, and then, boom. “Dog Eat Dog” happened. Then BOOM. I shot “Bring Me a Dream” down in Atlanta. Then BOOM, I shot “First Kill” in Columbus. I still honestly have no idea what I’m doing, but I’m taking suggestions as they come and just putting the work in every day.

TrunkSpace: When did you decide to move away from your home and pursue acting as a career? How old were you at the time?
Mee: I made the decision when filming “Bring Me a Dream” down in Atlanta. My friend Jesse Kove suggested it to me, and I think that’s when it truly became real in my mind that I needed to. It wasn’t so much of a want anymore. I was actually supposed to move here, to LA, last September, but I ended up getting a role in “First Kill,” so I held off for one more month, gladly. So I’ve been officially living here in LA for about seven months now! Flew right by. 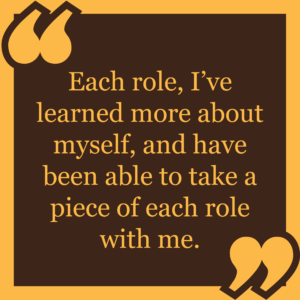 TrunkSpace: Was that move an easy transition for you initially? How long did it take you to feel at home and find a good support group of friends and peers?
Mee: The move was scary, yes, but I’ve made a big move like this before. I lived in South Florida for a couple years while I was getting sober, so the move wasn’t as terrifying as the fear of failure. The transition was interesting. Traffic here is no joke, but I had some friends out here already, luckily, who helped me feel right at home.

TrunkSpace: What has been been your biggest break in terms of a particular role or project thus far?
Mee: I feel like they all been some sort of break for me. I mean, my first role in my first movie ever was with Nicolas Cage and Willem Dafoe! What?! Working for Paul Schrader?! Then another movie with Martin Kove?! Then another movie with Bruce Willis?! It still honestly doesn’t feel real to me, but I hope to continue on working and feeling more of this gratitude.

TrunkSpace: Is there a specific type of role you’d like to take on or a specific genre that you feel more at home in?
Mee: I find comfort in comedy, it feels more natural to me; but then again, I love being able to lose myself in a character, such as a drama. Tapping into those feelings, that in real life may make me feel uncomfortable at times. I think being able to show vulnerability is strength, acting or not.

TrunkSpace: What would you say is the greatest strength an actor/actress can have outside of acting ability itself?
Mee: Self-worth, absolutely. Without knowing your worth or loving yourself, this industry can make you quite miserable. Patience is another good thing to practice, because there tends to be a lot of waiting as well. Just keep your head in the game and do not give up. Hard work pays off.

I’m talking to myself as well. (Laughter)

TrunkSpace: What is your ultimate dream when it comes to your acting career? Where would you like your path to lead?
Mee: Obviously it would be nice to make this my only source of income, but that’s not the dream. The dream is to not only grow as an actor, but as a human. Each role, I’ve learned more about myself, and have been able to take a piece of each role with me.

TrunkSpace: What advice would you give another young aspiring actor/actress who is considering moving away from home to pursue their dream?
Mee: Man, that’s a tough one. This industry is SO full of many talented people, especially in Los Angeles. I’m in a HUGE pond, and I’m still a tiny minnow. There are a lot of No’s, an abundance of rejection, and even some heartbreak. Be able to be vulnerable, but have a smart mind, a good entrepreneur work-ethic, THICK skin, and low expectations. Makes it easier for me, that is. It’s a business. Learn the business. Be your own CEO and find good people to have in your corner. Don’t let the No’s turn you away from that Yes that’s waiting for you.

TrunkSpace: Where can people (and casting directors) learn more about you?
Mee: I’m pretty much everywhere, except for Tumblr, because I have no idea what it is.

And I want to make it known, if you are out there struggling with drugs and alcohol, you don’t have to. Reach out to me, I will do my best to help you.
Email: ChelseaMee.talent@gmail.com