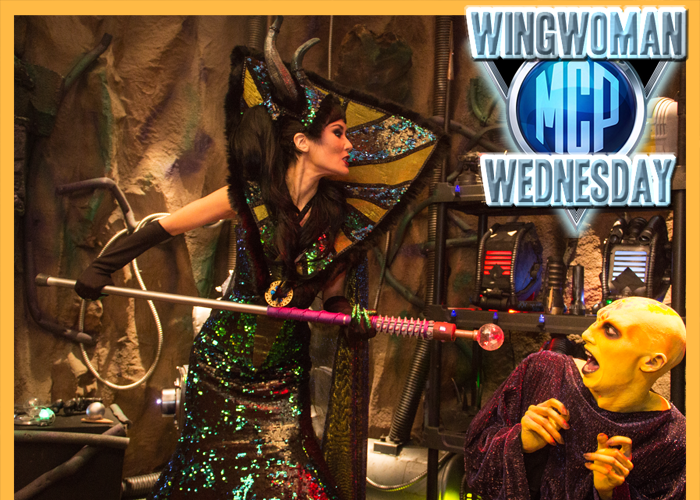 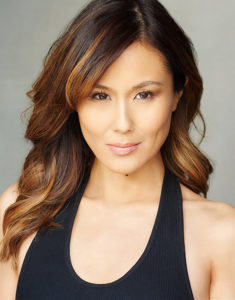 Welcome to the fourth installment of our MYSTIC COSMIC PATROL WEEK ongoing feature!

We recently sat down with series star Minae Noji to discuss the freedom in playing evil, the fun in carrying a scepter, and the grooviness of wearing bunny slippers to work.

TrunkSpace: You’re playing the big bad in “Mystic Cosmic Patrol.” Was it surreal to play such an over-the-top role surrounded by costumed characters and puppets? Is there a moment where you experience a, “Where am I?!?!” when you’re trading lines in that kind of environment?
Noji: I loved it. And I’m an only child, so I grew up with a lot of imaginary, crazy, characters and creatures all around me. It felt like home!

TrunkSpace: How did you become involved in the project and what drew you to it?
Noji: The producers of MCP knew my work from “Teenage Mutant Ninja Turtles,” both on screen in the film and from the animated show, so I guess they saw that villainy was in my blood! (Laughter) I was drawn to the project because I grew up watching “Power Rangers,” “Kung Fu,” and “The Twilight Zone,” and was obsessed with sketch shows like “The Carol Burnett Show,” “MADtv,” and “The Kids in the Hall.” “Mystic Cosmic Patrol” is the perfect mix of sci-fi, martial arts, and crazy comedy, so 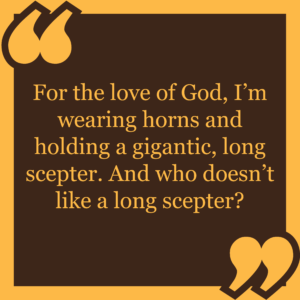 I was sold immediately.

TrunkSpace: What was the most enjoyable part of playing a character within this hyper-reality type of world?
Noji: Definitely the freedom to really play with a character and have a good time! Rutina is so deliciously evil, it was a blast to really go for it with her. Oh… and the wardrobe. For the love of God, I’m wearing horns and holding a gigantic, long scepter. And who doesn’t like a long scepter? Right…

TrunkSpace: Why does Rutina have issues with the Mystic Cosmic Patrol? What is her backstory and why is she so EVIL?
Noji: Rutina is tired of the MCP constantly thwarting her plans to take over the earth. She’s an ancient, evil being who consumes the energy and resources of planets to replenish her youth. Destroying and devouring worlds is one of her beauty secrets. Who needs Botox when you have the universe as your fountain of youth!

TrunkSpace: When do you feel the most energized and inspired as an actress? What is it that excites you about the craft?
Noji: There is nothing like working on a project that brings laughter into the world. As a child, I would grab a Hot Pockets pizza and my favorite blanket and just immerse myself in comedy shows on television. Laughter was my medicine. So as an artist, I am most energized and fulfilled when I have the opportunity to work on a comedy. It feels the closest to flying… without the airfare cost or needing wings.

TrunkSpace: You spent over a decade working on “General Hospital.” Soaps are known for their breakneck schedules. Has that kind of working environment prepared you for pretty much anything you’ve come across production-wise?
Noji: With soaps, you typically get only one take for each scene and the pace is very, very, fast. So when I get the opportunity to work on a project where I get more than one take. it feels like I just won the lottery! Soaps are a fantastic place to really work the craft and learn to breathe and trust in a high-stake situation.

TrunkSpace: You also do a lot of work as a voice actor. Do you approach a voiceover performance in the same way you would an on-screen role?
Noji: Yes, the prep is pretty much the same. I guess the only difference would be, sometimes with voiceovers, you don’t have a lot of time to study, so the preparation may not be as elaborate. But otherwise, it’s very similar.

Oooo…. except for the part where in voiceovers you can show up to work in your pajamas and bunny slippers! How groovy is that!?!