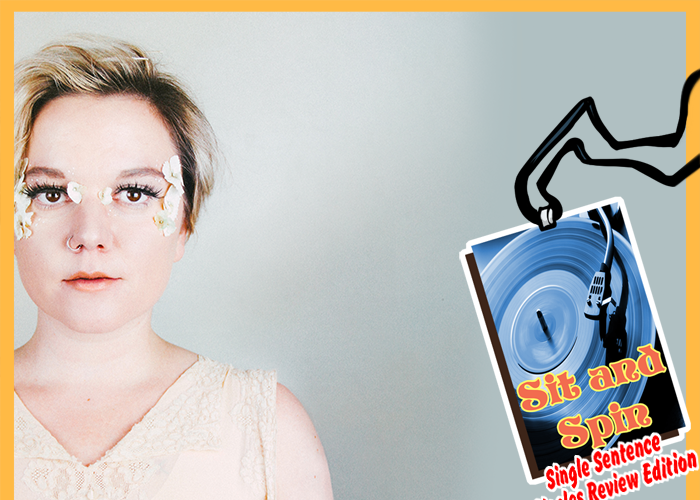 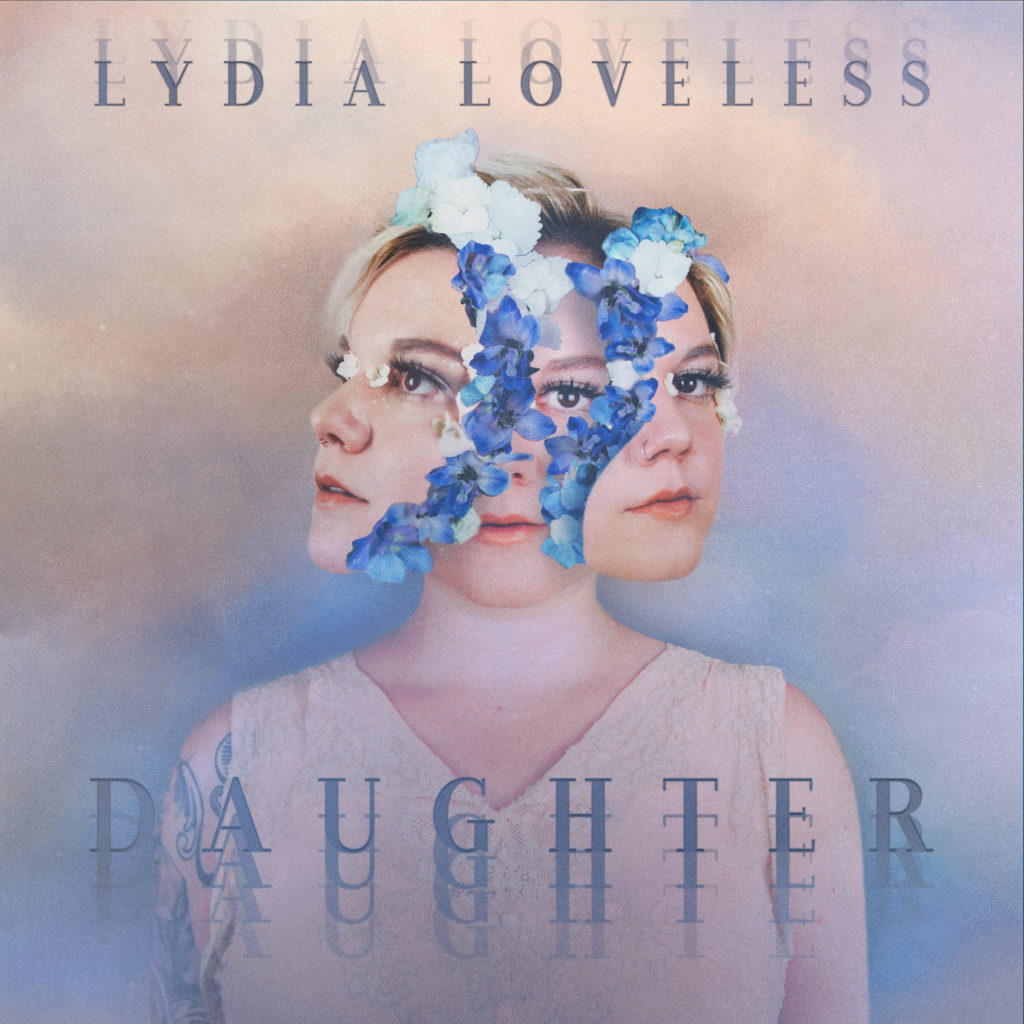 Single Sentence Singles Review: Previewing her first album in four years, “Wringer” prickles with the pain of divorce and remains on brand with the open book approach to Loveless’ songwriting that we have never been able to get enough of.

Beyond The Track: The upcoming album Daughter (art pictured left) will be released on her new label, Honey, You’re Gonna Be Late Records, on September 25. 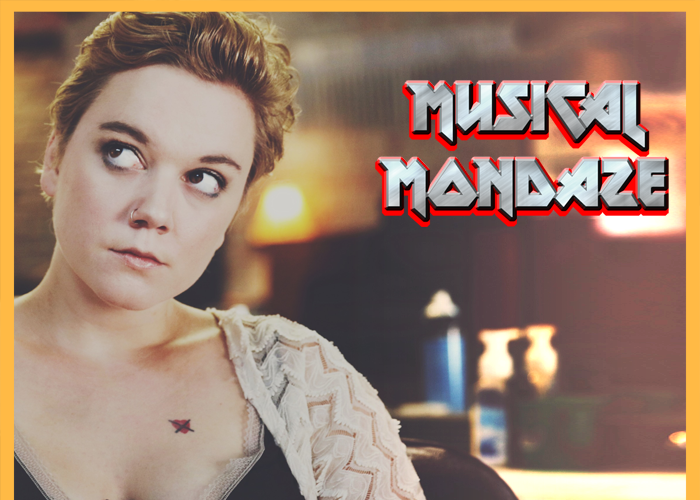 Most songwriters hope to take you on a journey through their music. Some want to tell an observational story, one that isn’t personal, yet remains relatable. Others look within, melding experiences and life lessons into lyrics that allow a glimpse through the windows of their minds.

When it comes to alternative country starlet Lydia Loveless, she closes the drapes but unlocks the door, allowing you full access to what’s inside. Some fans may feel like they’re sitting on the stoop, listening to a tale from the perspective of an outsider, while others may open the door and pass through the threshold, living the moment with Loveless firsthand. And that’s the power that the Ohio native wields – an uncanny ability to be in two creative places at once, converging into a single songwriting experience that feels unique in the way of modern music.

We recently sat down with Loveless to discuss how a love for reading helped shape her storytelling, an artist’s personal evolution, and why she’s never been afraid to put all of herself into a song.

TrunkSpace: You have described yourself as a bookworm. Does life on the road, touring from city to city, allow for some quality book time?
Loveless: Yeah, if I’m not being totally lazy. I’ve had a pretty easy go of it. I actually got Audible recently, the audiobook thing, which is harder for me to do than just read. I thought it would be helpful, but it’s just weird.

TrunkSpace: It’s got to be tough to be a touring musician who is susceptible to car sickness. At that point, Audible is your only choice.
Loveless: Yeah, some of us are. I guess audiobooks would definitely be helpful for that.

TrunkSpace: Do you think being drawn to the written word and reading as much as you have helped shape your own storytelling through your music?
Loveless: Yeah, definitely. I was always obsessed with the work ethic of writers and how they had a routine. I just don’t follow a strict routine very easily. It’s something that I’ve been working on my entire life – the differences between songwriting and flying by the seat of my pants, and actually getting up every day and trying to build an actual strict routine for myself and noticing the differences between the two and how much I get done.

TrunkSpace: Putting the creative brain into a box with rules sometimes doesn’t always work in its favor though.
Loveless: Yeah, and that’s hard for me. A lot of people find comfort in that, but I’ve always been like, “No. I don’t want to be the man. Just take away all my passion and creativity.” (Laughter) I just have to occasionally tell my inner hippie to shut up.

TrunkSpace: And with so many distractions at the palm of our hands nowadays, creative time is getting even more difficult to carve out.
Loveless: It’s really important to be bored and not have a lot going on in order to be creative. At least I think so.

TrunkSpace: There are so many sub-genres that people assign to music now. It’s hard to even keep track of what is what anymore. Have you found that people assign labels to you that you feel don’t necessarily represent you or your music?
Loveless: Yeah. There’s how would you describe your music to the lady at the hotel desk, and then to someone who actually plays music and knows all the stupid genres. It’s always difficult. I was listening to music with my friend recently. I was listening to a band that, I don’t know what I would call them – Americana, but rock. I don’t know. You start getting lost. Then she was like, “This is just country.” She doesn’t play music so I was like, “Oh.” I guess that’s why people are always hammering that realm about my music. I don’t know. It’s hard to describe.

TrunkSpace: One of the toughest things for an artist is that once you have established yourself, people want you to maintain your sound, but at the same time, if you venture too closely to what 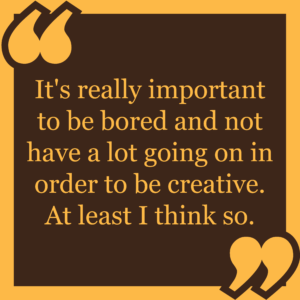 you have already done or said, they say, “Well, she hasn’t moved forward.”
Loveless: That I never really did anything, yeah.

TrunkSpace: It must be difficult to want to continue to grow and evolve with your art, applying new influences and points of view, but knowing that expectations always are in place waiting for you on the other side.
Loveless: Right. I’ve been thinking about that a lot lately, because for so long the focus was about how much I’ve changed in interviews. I guess that’s working with my band on some new material for a few days. I have these musicians that have this really broad musical taste and ability. I’m certainly getting older and changing. It’s not really like I went totally off the rails and got plastic surgery to change my face and now I’m a totally different person. It’s just a little more evolved I guess.

TrunkSpace: So what you’re saying is, there’s not a ska album in your future? (Laughter)
Loveless: Oh, god. No.

TrunkSpace: What about expectations on the social media side of things? Everyone has an opinion these days that is amplified by a digital megaphone. Is it difficult having to hear all of that praise and criticism sort of instantaneously, especially as a songwriter where so much of you is represented through your music?
Loveless: It can be weird I guess. I’ve been trying to shy away from social media. I certainly go through my phases where it’s like, “Oh, this is such a great way to communicate with fans.” But it’s like, “What am I really doing here? Was this necessary for all of life before? Am I just wasting my time and justifying it with what a great way it is to connect with fans?” Because it ends up being a really shitty way to connect with people. It brings this sense of entitlement that you can’t really fight against. Then you’re Ryan Adams screaming at everyone. It just doesn’t really end well for anyone. 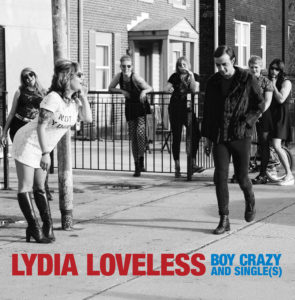 TrunkSpace: The honesty in your music is something you have become known for. When you’re writing about such personal subjects, do you ever stop yourself and say, “Okay, if I move forward with what I’m saying in this particular song and it takes off, I could revisiting it nightly for the next 20 years?”
Loveless: It’s never really occurred to me. I know a lot of people talk about that, but I just let songs develop over time anyway. Their meaning can change a lot to me over the years. It’s not exhausting to me. I come from a really emotionally-exhausting, dramatic family anyway. (Laughter) I’m used to focusing on my raw emotions. I guess music is a lot more enjoyable way to deal with them than yelling.

TrunkSpace: Are you hard on yourself as a writer? Is there an area where you feel like you’re constantly riding yourself to improve and be better?
Loveless: Yeah, I’m definitely a perfectionist. I’m a pretty slow writer. I would just prefer things to be exactly the way I want them before they’re out there. Instead of, “Well, that was a boring song, but I needed four more songs for the record.” That doesn’t help.

TrunkSpace: You also described yourself in a previous interview as a “super nerd.” What do you geek out about? What is your thing?
Loveless: I geek out about books a lot. I get pretty obsessed with them. I’m a Jane Eyre nerd, though I’m not sure if that’s a thing. I’m not cosplaying it or anything, but I’m definitely a big fan of that.

TrunkSpace: Does the future hold a Lydia Loveless book? Is writing a novel in your cards?
Loveless: Yeah, I would definitely have to be a lot more motivated as a person, which I’ve been working on. I know I sound like an idiot, but I focused on just the band for so long and also, just having occasional bouts of depression and not really looking at the world in a good way.

TrunkSpace: And being a perfectionist, a novel can be a daunting task.
Loveless: I fear it might give me the most massive panic attack of my life. I don’t know, maybe not.

TrunkSpace: What do you want your legacy to be when all is said and done?
Loveless: I guess I just want to be able to keep doing it and not really burn out, which is something I’ve seen a lot because it doesn’t always last forever for everybody. I’ve never really thought about anything else, or made any other career decisions. I’m slowly trying to figure out what else I would even want to do anyway. I guess it’s just the whole getting older thing, and not feeling like a super well-rounded person, which makes me work even slower.

I guess we’ll see what happens there.

“Boy Crazy and Single(s)” is available October 13 on Bloodshot Records.