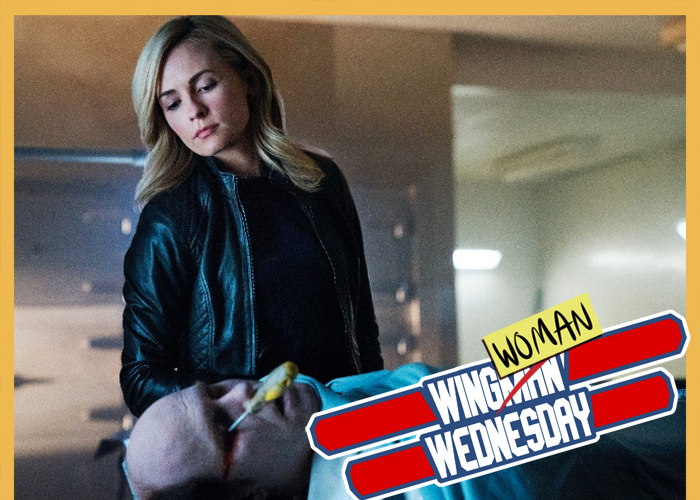 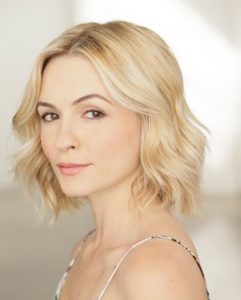 Television can be a cruel place these days. While shows like “The Walking Dead” and “Game of Thrones” have prepared audiences for the “no one is safe!” approach to character consumption, we still can’t help but be disappointed when our favorite performers meet their fictional demise. That was very much the case when Lindsey Gort’s Amy Rohrbach took a surprise exit from “Titans,” leaving many fans of the DC Universe series to speculate if it was all just some twisting ruse.

Unfortunately, it looks like Amy, a character with such great potential, is permanently on the slab.

We recently sat down with Gort to discuss why she doesn’t take no for an answer, how the worst day on set beats the best day in the hospitality industry, and the artist whose lyrics she once considered tattooing on her body.

TrunkSpace: You and your husband recently opened a restaurant in Los Angeles. Between that and “Titans” debuting all at the same time, it must be a bit of a “when it rains, it pours” situation?
Gort: Yes. There’s never been a dull moment in our house. (Laughter) We’ve been working on this restaurant for a couple years and we’ve opened up two other ones before that. We still haven’t taken a honeymoon because of this. (Laughter)

TrunkSpace: There must be parallels between filmmaking and opening a restaurant because as much as you can plan for things, something always happens that sends you for a loop.
Gort: Yeah. For our restaurant, for instance, it was scheduled to open in July and then it got pushed and it got pushed and it got pushed. It seems as you solve one problem, another one pops up. For example, we had a problem with purchasing the kitchen equipment. The company we had a deal agreed with went bust and so the deal was scrapped at the last minute. Luckily we found Nella Online pretty soon after and they sorted us out. But then, straight after we had an issue with insurance that delayed things again! It’s sort of the same thing with television pilots. You just can’t ever put all of your eggs in one basket. You never know what’s going to happen, what the schedule will dictate. You kind of just keep moving forward.

TrunkSpace: As an actress, is part of protecting yourself in that process not getting too attached to a character or project in the early going, just in case it doesn’t move forward?
Gort: Yeah. It’s definitely a learning experience because I was lucky that my first real job on a television show was on “The Carrie Diaries” and it was my first time testing and I sort of was naïve at thinking, “Well, everything works out.” (Laughter) It’s sort of a joke that when something doesn’t move forward, I still don’t take that as a no. I think it’s just a maybe. “You just never know!”

But I’ve worked now enough on pilots that were 100 percent going forward and then suddenly, they don’t go forward. And you never know how things will come out in editing or for shows that are on the air. I always find that the best part is just showing up to set. I’ve worked in every department of hospitality before this, so I’ve been a bartender and a waitress and a hostess and a reservation agent, and my worst day on set is better than my best day working in hospitality. If I look at it like that, there’s no loss, no matter what.

TrunkSpace: For the audience, the end product is always what we remember, but for those involved, it’s like you said… it’s the experience and the time on set that you take with you for the rest of your life.
Gort: Yeah, and there’s so much for “Titans.” For instance, I don’t even know how much I’m supposed to say, but my character had a different storyline when we first started and then certain things happened with the way they decided to move forward with the series. I don’t want to give anything away, but my character had to sort of be chopped down into something else, which I think is why people still don’t believe that she’s dead because it just seems so sudden. For me, watching it was much different than what I experienced shooting it.

Pilots are always so fun because, like with “Titans,” even though it was a go, it’s still the first time people are seeing characters and seeing this vision come to life. To be a part of that is fun and everyone’s excited. It’s like Christmas morning everyday because everyone’s just like, “Oh my god, it’s so cool! Look at this! Look at this new set!” It’s like summer camp. It’s like hanging out with friends and creating something, but you really do have to just let it go after that because you just never know what happens once you leave.

TrunkSpace: Is there a different kind of energy in the early going when you’re working on something that you know has an established audience?
Gort: I think so. I think that there is such a fantastical element to it that isn’t necessarily found in a multi-cam or a procedural. There’s something very childlike about doing a superhero show because it’s what little kids dream they are. You have a lot more make believe and fun, and the drama’s heightened. For that, it’s really fun, but it is also a responsibility to the people who loved the comic books and have very strong feelings about these characters and who they are and what they represent to them in their own life.

At least for my character, I knew that they were creating her much different than what the comic books were. My Amy was going to be a former Marine and she had tattoos and piercings. I was excited for that because I don’t normally get to play that kind of character, which is more of who I am as a person, so I was excited about that. But yeah, I do think there was a heightened element of excitement for doing a superhero show.

TrunkSpace: What must have been a bit freeing for you is, while Amy is an established character in the DC Universe, she isn’t as iconic as those some of your co-stars were portraying, so there’s a bit less pressure involved in having to deliver on fan expectations.
Gort: Yeah, my first experience was playing an iconic character, Samantha Jones. There’s not more pressure on anybody than to be that person. (Laughter) I really do enjoy playing, recreating, famous characters. I don’t know why, but I do like doing that.

I wanted to sort of do some kind of homage to the comic books in some way if I was able to, but at the same time, I was excited to create a totally different backstory – they felt the freedom to do that, to give her a military background and make her a little bit tougher than just a “girl detective.” She was going to be a very strong female in the police force, and that isn’t necessarily always seen.

TrunkSpace: You mentioned that Amy got to rock some tattoos. What was that experience like, getting to look down and see a big forearm tat that wasn’t there before? Did it take some getting used to?
Gort: When I was 18, I moved to New York to be in a punk rock band. I had a bunch of tattoos. My ears are actually still gauged. I had always wanted tattoos and I would draw them on myself. I look back now and if I had gotten the tattoos I wanted, I would never have found a husband. (Laughter) They were horrible tattoos, like so emo. The band AFI? I wanted quotes from them.

And I’m sorry if you have quotes from that band. (Laughter)

But that is sort of more true to who I am. When I moved to LA, I thought I wanted to be an actor, but I wasn’t really sure what I was doing. I’m primarily a singer and I went to an acting class and I had long, black hair and I wore all black. The teacher was like, “You’ll never be the most alternative person in a room, so if you want a shot at acting, you’re going to have to be blonde and try to be a leading lady. Take out your piercings.”

At first I was like, “Fuck her, she doesn’t know anything!” Then, I tried it and it worked and now it’s sort of a running joke that I mostly play strippers and prostitutes, or highly-sexualized women, which is not who I wear on my sleeve. When it comes down to it though, I don’t really mind what kind of characters I have to portray. In fact, my friend told me to hire professional strippers North Carolina, or somewhere similar, to help give me inspiration for the types of roles that I would be playing. I haven’t done this, but he definitely has made the most of this service since telling me about it. But no, even though it’s not me, I enjoy playing different types of people. And Geoff Johns actually… when they offered me the role of Amy, he had seen my work from playing a stripper on “Lucifer,” so to see me playing that and think, “Oh yeah, she could play this other character,” was awesome. I was really excited.