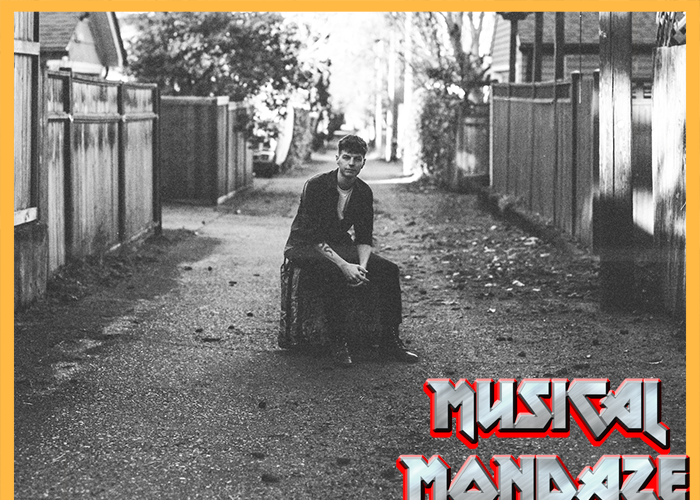 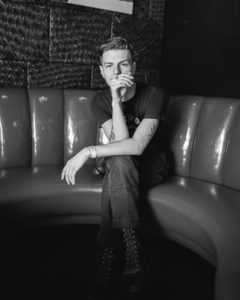 Prior to entering the singer/songwriter arena, Jacob Miller was writing mostly jazz and blues songs. His genre transition wasn’t only a creative change of direction, but also an emotional necessity. Using the experience as a way to push forward through a particularly difficult time in his personal life, the Wisconsin-born musician’s goal was to create music that was authentic and honest, and given the end result – the dazzlingly-affecting “This New Home” – he achieved his objective.

We recently sat down with Miller to discuss opening the time capsule, learning to not second-guess himself, and how Aunt Rosie put him on his musical path.

TrunkSpace: Your debut album, “This New Home,” is due to drop on June 6. What kind of emotions are you juggling with as you gear up to release these songs into the world?
Miller: Kind of a mixed bag. It’s a bit surreal to work on something so diligently for a year and a half and then be in the mental space where you’re just ready to let it loose into the world. It certainly feels like a time capsule from a very specific handful of months in my life when I was writing the record in early 2018.

TrunkSpace: There’s so much music out there… most of which is accessible in a click or two. Can that be an overwhelming thought when you consider how crowded the landscape is?
Miller: I would say that overwhelming feeling comes and goes. With digital streaming and social media, etc., it can leave an artist with this sinking feeling that their material will be overlooked. But honestly, I write music because it’s what I love to do and if the songs can resonate with even a small group, I’ll consider that a win.

TrunkSpace: Talk to us a little bit about the title of the album and how it came to be. Is the “Home” a physical place or more of an emotional state of mind?
Miller: “This New Home” was the decided album title pretty much from the writing process of this collection of songs. The period in which I 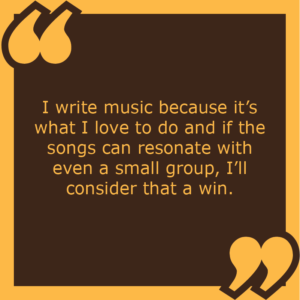 wrote them saw me through a big transitional phase in life; having gotten out of a long-term relationship and also disbanding a musical group that I had led for seven years. Quite a lot of change, and definitely more of a state of mind than a physical place.

TrunkSpace: What did you set out to accomplish with the album when you first set sights on bringing it to life, and now that it’s officially wrapped, do you feel like you have put a check mark in all of the boxes that you had originally hoped for?
Miller: The writing and recording of this album was again, very transitional for me. Before pursuing solo music, I was writing mostly jazz and blues songs. I wanted to try something very different, that was coming from the most authentic and honest place possible. These songs became tools that gave me strength to carry on during some pretty tough times.

My biggest goal was to write music that wasn’t pandering or adhering to some formula, but rather to create an album that felt sincere.

TrunkSpace: For the listener, the end result is always the most memorable aspect of an album… the physical music. But for you, what are some of the memories in bringing “This New Home” together that you’ll carry with you through the rest of your life and career?
Miller: The making of this album was definitely a memorable experience. I recorded basically the entire thing at my friend Charlie’s house in SE Portland. He has a grand piano in the living room, a drum set in the basement, etc. I found myself for days just alone in the house tracking and reworking arrangements. It gave me time and space to just fuck around, which made for a much more relaxed recording process than having done it in a studio.

I should mention that I did spend a handful of days with good friend and engineer, Ryan Oxford (Y La Bamba, Like A Villian, etc.), at Sound and Color Therapy Studios in NE Portland for some overdubs and various additions to the songs. It was a pleasure working with Ryan on the songs.

TrunkSpace: What are you most proud of with the album?
Miller: I think I’m most proud of unabashedly trying something completely different than I’ve done before – musically. I love singer/songwriter music and the nuances that surround it. This album has been an outlet for me to try new things and not second-guess myself in the process.

TrunkSpace: Where did your journey with music begin? At what point did you decide to pursue it further than a hobby?
Miller: I grew up in Eden, WI (pop. 400) and sang in the church choir growing up. I’m not at all religious, but it was a good place to be exposed to music and music history. My Aunt Rosie who led the choir gave me a guitar when I was 12, and things just escalated from there.

I played in bands throughout my school years, then moved to Portland, OR when I was 19. I didn’t move to PDX with the intention of pursuing music professionally, but more for a change of scenery. A few years into traveling and on-and-off living in PDX found me in a place where I was taking music more seriously and it has become a pretty big part of my life. The act of emotional expression through music, paired with the community that surrounds it is something real beautiful.

TrunkSpace: You’ve written and performed in bands. How does the solo experience differ for you? Is it apples to oranges or more like apples to… more apples? Is the process the same, only with less minds in the mix?
Miller: I’ve done both and doing the solo thing has been a real treat. I love playing music with others; that shared experience and communicating together through sound is special. But after leading a six-piece band for seven+ years, steering the solo ship has been a nice reprieve. And it’s also allowed me to do and play exactly what I’d like to without compromise, which feels very respective to my own artistic process. It’s been a pleasant switch overall.

TrunkSpace: What has been the highlight of your musical career thus far?
Miller: The highlights seem to vary! I’ve played Portland’s Keller Auditorium at a Ted Talk for 2500+ people a few years back, which was an incredible and simultaneously strange feeling. The big stuff is I assume what most people expect to hear, but I think my favorite experience that comes to mind is a house show I played in the Ravenswood neighborhood in Chicago, IL last fall. It was this elongated living room filled to the brim with about 60+ people. Pin drop silence.

A great joy I have is sharing what the songs I write are about, and telling those stories. At this particular house show, the audience was so respectful and receptive. It felt like we shared something.

TrunkSpace: Time machine question. If you could jump ahead 10 years and get a glimpse of what your career looks like a decade from now, would you take that journey? If not, why?
Miller: I don’t think I would, I’ll let that unveil itself over time. If I did see what the future had brought me, I feel like I’d keep asking myself how I got there or what I should have done differently. For the time being I am trying to enjoy every day and be appreciative for the things I do have – musically and otherwise.

“This New Home” is available June 6.