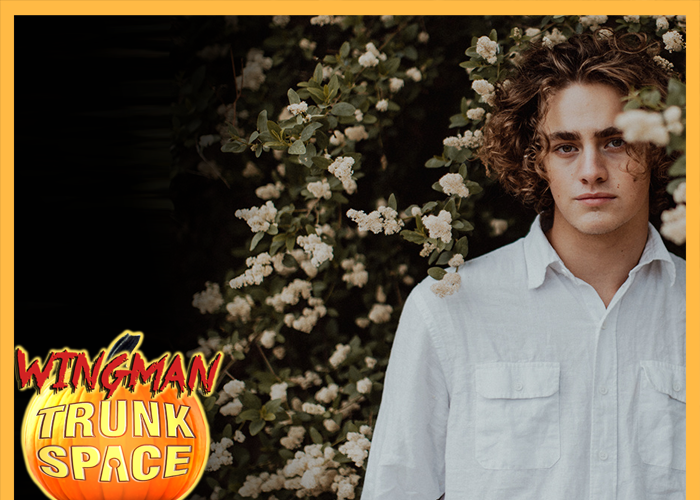 As far as we’re concerned, you’re a gifted person when you can not only play multiple musical instruments, including the ukulele, but also write, perform, and act. For Steffan Argus, the proof is right there in the title of his latest project, “The Gifted,” where he’s playing Jack, the boyfriend of new mutant Lauren Strucker (portrayed by Natalie Alyn Lind). Sure, the gifts referenced in the show are abilities that make those who posses them the target of a frightened human population, but the name couldn’t be better suited for the Chicago native.

Along with “The Gifted,” which is set to debut tonight on FOX, Argus also released his debut EP, “Lost at Sea,” earlier this year. When not writing music and acting in high profile projects, including the popular Web series “The Commute” for AwesomenessTV, he is also modeling, and somehow doing it all with a laid back cool that defies his 18 years.

We recently sat down with Argus to discuss the gift that “The Gifted” has become, why his acting works in tandem with his music, and how releasing his creativity into the universe helps him find his balance.

TrunkSpace: We’d have to imagine that as an actor there’s probably not a more exciting brand to be aligned with right now than Marvel?
Argus: Of course. I love the concepts. That’s something that I’ve always been drawn to, and I love superheroes, especially X-Men in particular. Me and my little sister would always see the movies the day they came out in theaters. All of those X-Men movies were directed by Bryan Singer who ended up directing this show. It was out of this world. It was an incredible opportunity to be able to not only meet him, but be directed by him. It was so much fun.

TrunkSpace: And what a gift, no pun intended, to just sit back and absorb his process.
Argus: Absolutely. This is one of the first projects I’ve done that involved fantasy and action. That was a dynamic that I’ve never experienced before. It was something that never needed to be directed for any of the other projects that I’ve done, so it was really interesting to see how that was done and everything that goes into it. It’s such a big process and it’s something that you don’t really register when you see it on screen. There’s so much that goes into it that you don’t even know.

TrunkSpace: And that must really change your performance process because it’s more segmented, correct?
Argus: Yeah, but luckily, that whole crew and cast was so welcoming and super talented. It wasn’t hard to cut that up just because the emotion was always there.

TrunkSpace: Even if you’re someone who lives in the present, is it hard not to look at a project like “The Gifted” as a career 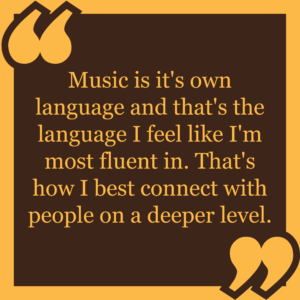 game-changer?
Argus: I have never been on cable television before. I’ve done a lot of new media projects and so this is incredibly exciting because I remember when I was little just watching TV and watching movies. That’s what made me want to get into acting and play these characters. Now, actually being able to see posters for a show when I’m in driving down the street, it’s unfamiliar and exciting. And yeah, it is a game changer for me, and that’s not just necessarily in talking about a career sense, which of course it is, but also just as far as real life experience goes. I feel like I’ve learned a lot and I feel very lucky to be able to have been given this opportunity.

It has definitely helped me understand I’m on the right path of playing these characters in these awesome pretend universes.

TrunkSpace: Speaking of pretend universes, this is one that the fandom takes very seriously. Have you put any thought into that – the fact that you’re now a part of this universe that comes with a built-in group of fans?
Argus: I was one of those fans. (Laughter) I was and am a huge X-Men fan and I have been since I was little. Like I said, I would always go and see the movies with my little sister. When I told her that I was going to be a part of “The Gifted” she was freaking out. She watches all of the Marvel shows – all the Netflix ones like “The Defenders” and “Luke Cage” and all that awesome stuff. When I told her I was going to be a part of this she was just flipping out, so excited, and my character doesn’t have any super powers or anything! (Laughter) Just the fact that I’m able to exist in this Marvel universe is a huge gift and also responsibility. I’ve got to make sure I respect its power and its legacy.

TrunkSpace: Never ever say never ever get powers in a superhero world!
Argus: Yeah, exactly! It could happen at any moment! (Laughter)

TrunkSpace: So for those who are yet to be familiar with the story of “The Gifted,” can you tell us where your character falls into things?
Argus: His name is Jack and he is the boyfriend of Lauren Strucker, who is the daughter in this family. The children are mutants and their father works for Sentinel Services whose job is to put mutants in jail. When everything goes down and they find out that their children are mutants, they run away and that just causes relationship dynamics, an unfortunate relationship dynamic, between me and Lauren in the show.

TrunkSpace: We could sense your hesitation about sharing too much. It’s so hard to say anything about these types of shows without giving away spoilers. (Laughter)
Argus: Yeah. Just watch the episode and you’ll see. (Laughter) 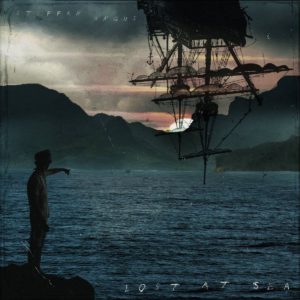 TrunkSpace: You’re also a musician as well and have an EP, “Lost At Sea,” out now. Do you view your acting career and your songwriting as two entirely separate entities?
Argus: No. I don’t think that they’re entirely separate. They kind of work in favor of each other simultaneously. And anytime something good happens acting-wise, that usually helps music-wise. It allows me to be able to do more of what I want to accomplish and they all kind of work in tandem.

And as far as music goes, I’ve spent a lot of time perfecting and fine tuning exactly what I want to be releasing. I’ve been focusing on acting in the background, fine-tuning all this music. Just this past year I started putting that music out and focusing on that as a career path. Having them both going on at once is so much fun and they help each other out. When I’m a part of projects like this, it helps me promote the music, which is great. It’s great to have an audience for this passion of mine.

TrunkSpace: What’s great about music is that it can mean different things to different people. It transcends so much of the noise that surrounds us on a daily basis.
Argus: Absolutely. I was just saying this yesterday – music is it’s own language and that’s the language I feel like I’m most fluent in. That’s how I best connect with people on a deeper level.

TrunkSpace: So in terms of your writing process, do you work from experience or do you write from a storyteller’s perspective?
Argus: Well, it’s kind of a pretty healthy marriage between the two. I find inspiration in almost everything. Like for example, I’ve written songs based on a T-shirt that I bought at a thrift shop or just a random wooden sign that I found. Those songs are usually pretty abstract storytelling kinds of things. They’re rooted in real life experiences, like emotions and situations that have happened to me, but I like to attach these ideas to the abstract concepts and tell the story through these fantasy stories instead of directly from a real-life experience. That’s what I like to write for the most part, but then there’s also the exception. Sometimes I like to write specifically about situations that are happening to me or people that are affecting me in a certain way. And for the most part I do usually still attach them to wild metaphors. It’s all rooted in reality, but told through the lens of fantasy.

TrunkSpace: In addition to the music and the acting, you’re also modeling. How do you strike a balance between everything that you’re doing, especially at such an early stage in your career?
Argus: It may sound a little lofty, but I really focus on my spirituality and finding my inner peace and when I focus on that, and just focus on spreading love and releasing my creativity into the universe, everything else just sort of falls into place. And so I don’t find myself worrying about it or figuring out how to balance it. It just sort of does and it all seems to work out in the best way possible.