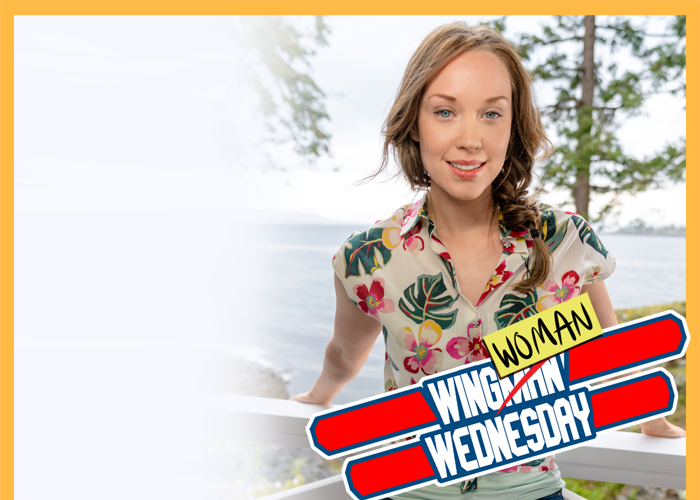 We sat down with O’Brien family member Laci J Mailey to discuss how she tapped into the “Chesapeake Shores” source material, the impending Jess mess, and why “Supernatural” is the right kind of rite of passage.

TrunkSpace: “Chesapeake Shores” is based on Sherryl Woods’ book series. In your interaction with viewers, has the show been attracting fans of both the source material and those who knew nothing about the novels beforehand?
Mailey: YES! Sherryl Woods’ books are New York Times Bestsellers – so yes. Absolutely her fans have followed her work into the TV series. Sometimes the fans of the books get a little upset that we haven’t exactly followed the original storylines, but Sherryl allowed us a beautiful framework to play with these characters and I think at the end of the day, everyone is okay with that. I believe we are honoring the characters she has created.

TrunkSpace: As far as your character Jess is concerned, did you spend time with Sherryl’s books or did you want there to be separation between the television world and the literary world that already existed?
Mailey: Well, let me be honest. I had to be careful with this in order to keep my ego in check and to make sure I was doing my 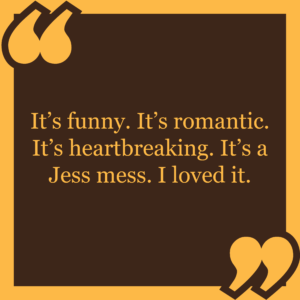 job at telling the most truthful version of Jess I could. From my original research before reading the books, I quickly understood that NO ONE liked Jess! She was full of drama and a lot of the reader reviews found her quite annoying. At first this scared me. But then I really sat with it and thought, well, everyone is flawed. How can I bring this girl to life while staying true to her character and still allow the audience to understand and connect with her, despite her flighty behavior? So to answer your question: yes I sat with the books… but I sat carefully. I didn’t want to judge her. That being said, when I am reading her in the books, she is a separate entity. When I am reading her in the scripts, she’s mine.

TrunkSpace: Where is Jess’ personal journey taking her in season 2 and what part will she play in the overall storyline?
Mailey: I’m so happy for Jess in season 2! She finally gets to grow up a little. Things are really shifting and changing for her. She is dealing with old wounds and opening her heart to new possibilities. As for the overall storyline, she’s still making Jess messes but she’s finally learning to let more of her family help her and support her in the clean up.

TrunkSpace: The show focuses on the classic theme of family dynamics and the idea that you can always go home again. What is it that viewers relate to when watching the O’Brien family and at the same time, what does the series do differently with that dynamic that we haven’t seen before?
Mailey: Well, hopefully the audience can find something in one or all of our characters that they can say, “That’s so me!” or “That’s so Dad!” That’s really all we can hope for, that type of connection. For the viewers to watch and feel supported in their own life or their own family.

TrunkSpace: In the series you play the youngest sister. As far as her place in the family itself, does Jess feel like she has something to prove?
Mailey: Always! She is dealing with some pretty deep rooted abandonment issues, so I think she has lived her whole life wondering why she was left behind. What a great question. I think that might be Jess’s ultimate flaw – she is always trying to prove that she is worth loving and worth being heard. This is why she works so hard to make the BnB a success and is always making so many mistakes… maybe she’s testing to see if her family will stick with her.

TrunkSpace: What was it about Jess that you could relate to, and on the opposite side of that coin, what was it about her that is so far removed from who you are that it took some searching to find?
Mailey: Well, I like to think in my own life that I’m “the cool aunt!” I love her creativity and impulsiveness. I’m similar in those traits, so that is always pure fun for me to play. One of the harder things to find was understanding the six year old girl inside Jess who’s mom didn’t come home one day. Ouch. That was hard to imagine, but of course very real.

TrunkSpace: As you look over the first two seasons of “Chesapeake Shores,” what is the one scene or episode where you felt you really got to stretch as an actor and why?
Mailey: Season 2, episodes 7 and 8 were the most fun I have had yet. Jess gets to go through a whole whirlwind of emotions. It’s funny. It’s romantic. It’s heartbreaking. It’s a Jess mess. I loved it.

TrunkSpace: Something that you and many of your other costars have in common is that you have all also appeared on “Supernatural.” For actors based in Canada, is it a bit of a rite of passage to appear on that series?
Mailey: (Laughter)Very true. “Supernatural” is a staple of Vancouver actors. It also happens to be one of the best, kindest, easiest, warmest sets I’ve ever worked on. Those two boys (Jensen and Jared) are truly great people.

TrunkSpace: We’re admittedly big fans of “Supernatural” here, so not only do we know that you appeared for a three-episode run in season 11, but we know that you had previously appeared as a different character years before that. Is it unusual for an actor or actress to appear as multiple characters on the same series? What was it like returning to set with a different character to inhabit?
Mailey: No! Especially in Vancouver as they like to hire local actors. I think it’s awesome. I think the “Supernatural” fans love it too! Connecting the actors with characters from seasons before… how cool! I loved going back to play Jenna Nickerson. I had a bit more of an arc with her than I did with Emily in season 7, so I had a bit more fun on my second time around.

TrunkSpace: Your character Deputy Jenna played a big role in the overall storyline of season 11. Having helped set the car on its course, so to speak, has that very supportive and rabid fanbase accepted you into the SPN Family fold?
Mailey: I think so! I hope so. I am honored if they did. What an amazing fanbase that show has created.

TrunkSpace: As we look over your career, it seems like you haven’t really taken any time off since you started your career in 2011. Has the last few years felt like a whirlwind and is that a tempo you want to continue to work in as you look forward in your career?
Mailey: I love the whirlwind and I love not knowing what type of role I’m going to get to play next. I’m always looking for the next project. I did take some time off in 2014. I moved to New York and did the struggling artist/actor thing and LOVED it … until I hated it. (Laughter)

TrunkSpace: With the new season of “Chesapeake Shores” now airing, what do you hope fans will walk away with when the season finishes up?
Mailey: I hope they feel even more connected to our family than ever before.