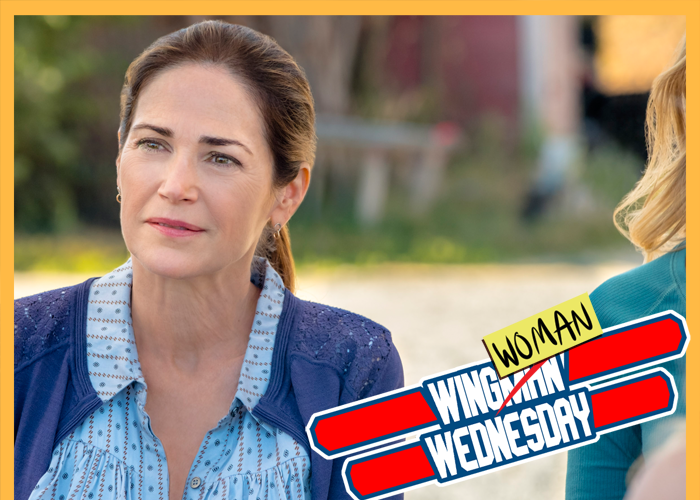 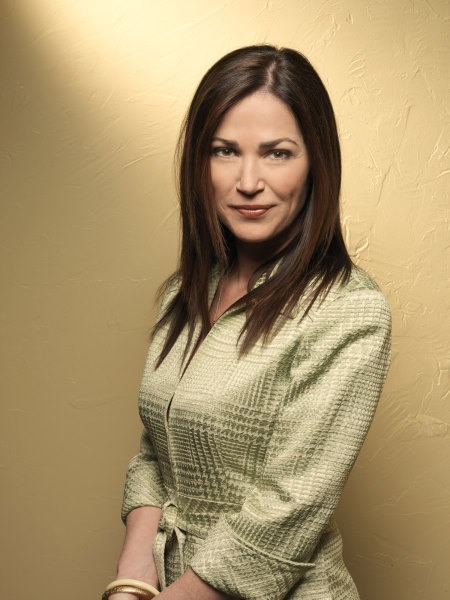 The latest installment, “Signed, Sealed, Delivered: Home Again,” premieres Sunday, September 24 at 9 pm ET/PT on Hallmark Movies & Mysteries. We recently sat down with series guest star and Emmy Award winner Kim Delaney to discuss her contribution to the Golden Age of Television, what drew her to the POstables, and why she took the opportunity to milk a cow during filming.

TrunkSpace: We hear all of the time, especially in talking with producers and writers, about how we’re in the “Golden Age of Television.” Now, many believe that started with your series “NYPD Blue.” Do you ever think about your contribution to what has become this incredible renaissance period for storytelling in television?
Delaney: That’s a great question. I’ve never really thought that one through. I think it is a great time for television and I think 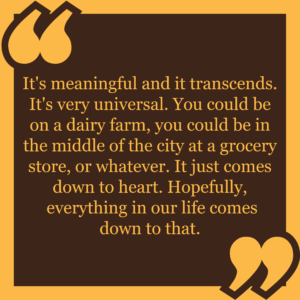 being in my show, which I was lucky enough to be on, was just the best time and we just had the best time doing it. It was the best writing, the best crew. I mean, everything was just top notch. So, yeah, I know that was groundbreaking, so maybe that is the beginning, right? They said that was all very groundbreaking television at the time, and Bochco, of course, has always been groundbreaking. And David Milch is right there with him with “Deadwood,” which is tremendous, and all the things he’s done since and before.

TrunkSpace: We were looking at some of the numbers “NYPD Blue” was doing at that time. In 1996, for example, it had 19.79 viewers. Today, those are numbers that execs could only dream about.
Delaney: Yeah. The NFL might get that, I don’t know what the NFL gets, but that’s the only one who sees those numbers, right?

TrunkSpace: It’s amazing to see how much things have changed it such a relatively short period of time.
Delaney: It is wild. And then you hear different directors, directors of photography, and what they put into it, and then you see people watching it on their tablets or their phones and they feel they’re not getting the whole experience. But then you talk to somebody like my son, and they get it. They see the beauty. They see everything. It’s just a different way of viewing. And, it’s interesting because I hear pretty soon we’re going to be able to view things 360 degrees. Wild. Just the thought that you could move your device around and see 360 degrees of what you’re watching… say you’re watching a football game, or whatever… that would be insane.

TrunkSpace: And now you’re set to debut in “Signed, Sealed, Delivered: Home Again,” which has a very big, devoted following. In a lot of ways, it feels like we’re coming back around and people are looking to step away from gritty storytelling and just escape for a bit.
Delaney: I think there’s a lot of room for that. Absolutely. I mean, look at these storms we’re getting. We have a gorgeous day and we all appreciate such a beautiful day, right? But between the heat waves and the storms – I think there is something very valid there that everybody wants to come and have an easy thing to watch – a pretty thing to watch.

TrunkSpace: What drew you to “Signed, Sealed, Delivered?”
Delaney: I like Hallmark and the pretext of the story is just very honest. It’s about bringing a family back together again. And it’s a great cast too. I mean, I have to say, I had so much fun working with everybody.

TrunkSpace: And for those eager to dive into this latest installment, where does your character fall into things?
Delaney: I’m the matriarch of the story. The story is kind of about these generations of matriarchs – my mother, my grandmother, my great-great grandmother, and all these strong women through these generations. And I myself have three daughters. I’ve lost a husband and the thread is a vase that’s been lost. I was depressed and they sold this vase thinking they were helping out with the farm. So it’s taking care of this farm, thinking we were losing the farm, and how they sold this vase when they were little. Now we’re losing the farm and we really could use that vase, but it’s lost in the mail.

Hence, the POstables find the vase, but it’s really about finding family again – the family coming back together. I’m the rock, the steady rock, that is not so steady right now. She is stuck trying to figure out how to take care of her daughters in the moment and in life, and they bring back hope.

I think it was very personal to Martha (Williamson) and it’s just a pretty story. I had such a good time playing it, being on the farm. I didn’t have to milk a cow, but I did milk a cow because I asked the guy if I could. You know, I’ve never milked a cow before. (Laughter)

TrunkSpace: When in Rome, right?
Delaney: Yeah, right. When in Rome! (Laughter) When else am I going to milk a cow?

TrunkSpace: One of the things everyone we have spoken to has said is that they really fall in love with Martha’s dialogue and to be able to connect with their character through it.
Delaney: It is beautiful. And it means something. It’s meaningful and it transcends. It’s very universal. You could be on a dairy farm, you could be in the middle of the city at a grocery store, or whatever. It just comes down to heart. Hopefully, everything in our life comes down to that.

TrunkSpace: So much has changed in the industry since you started out and first began working as a professional actress. One of the things that seems to come into play now for young actors looking to break in is social media. We have even heard stories about someone not getting a part because someone else had more followers on Twitter. How do you think you would have navigated this new landscape if you were just breaking in today?
Delaney: It’s odd. I was never on Facebook. I was on Twitter when I was doing “Army Wives” because they asked me to tweet with the audience, which I didn’t know how to do. I had to have help doing that when I was doing “Army Wives.” And I still don’t know. I don’t know what you’re supposed to answer, what you’re supposed to like, what you’re supposed to engage in or what’s too much engagement, what’s not enough. It’s hard to judge. How do you know? I just got on Instagram and Facebook literally maybe a year and a half ago. I forget exactly when, but it’s recent, and only because of what you just said. My manager goes, “No, ’cause when you’re doing a show you want the followers.” I was like, “Really?” So, I’ve succumbed.

TrunkSpace: You have worked on so many different projects throughout the years. If someone came to you and said, “Here’s a blank check, bring back any former project that you want,” what would you choose?
Delaney: Without question, “NYPD Blue.” Without question. That’s an easy one because I think about where the journey could have taken her and the writing was just, I mean, gems every day. Gems.