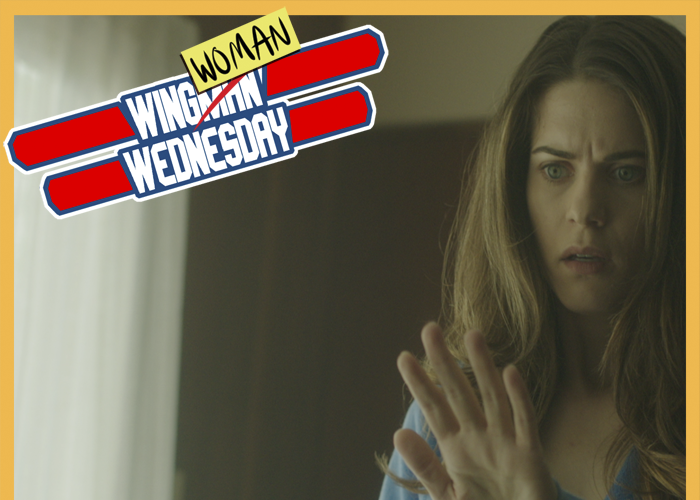 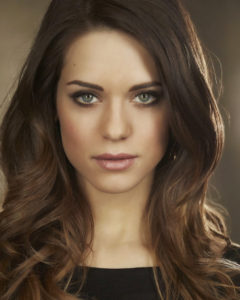 It doesn’t take a time machine to look back on Lyndsy Fonseca’s career, all it takes is time. And probably Netflix.

With her vast body of work, which includes “How I Met Your Mother,” “Nikita” and the “Kick-Ass” film franchise, Fonseca has literally grown up before our eyes. Beginning her career at age 14 in the fast-paced world of the daily soap opera, she calls her years spent working on “The Young and the Restless” a “boot camp” that prepared her for anything, including taking on roles in indie film projects.

Currently the California native can be seen starring in the time-traveling mystery “Curvature” opposite an icon in the science fiction genre, Linda Hamilton. We recently sat down with Fonseca to discuss her own takeaways from the shoot, why she was so eager to tackle such a layered character, and what she’s taping to her dream board following our chat.

TrunkSpace: When you’re starring in a science fiction movie about time travel with Linda Hamilton, who herself was in one of the greatest science fiction films about time travel, that in and of itself has to heighten the experience.
Fonseca: Oh, absolutely. Yes. Also, just what a class act she is as a person! She is really a special individual. She is one of the nicest people I’ve ever worked with and so considerate and sincere. It was an honor to work with her, really. She owns up to the hype, for sure.

TrunkSpace: For an audience, the finished product is always what becomes memorable, but for those involved in a project, we would imagine that it’s the experience that stays with you. What do you think you’ll carry with you through the rest of your career from this particular project? 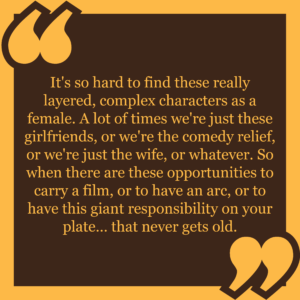 Fonseca: That’s a great question. So many things. Every project you learn so much. It’s such a growing, learning experience when you have your day-to-day challenges shooting, and then when you see a finished product and you get to see how those challenges played out, it teaches you so much. With this one I really had to put my trust in Diego (Hallivis) and Julio (Hallivis), as they’re somewhat newer in this film world, so there was a lot of blind faith. I was really impressed by the way that they spoke about the film and I was really impressed by the fact that they wanted to put their time and money into a female-led movie and a character like this – a story like this. Diego did a really great job storytelling with the camera and making the film look like 10 times the budget that we had.

TrunkSpace: You started your career in the soap opera “The Young and the Restless.” Did working in that fast-paced environment, where you’re shooting dozens of pages a day, prepare you for anything, such as the case of working on an indie where time is in limited quantity?
Fonseca: Oh my gosh! I was 14 when I started working on that soap opera. It was my first job, and it was normal to me to be doing 30 pages a day. The amount of material that I memorized was insane, and it was all I knew. Then when I went to prime time, I’ll never forget, I was working with Milo Ventimiglia on some show that’s not on anymore, and I remember he was a class act, but there was another woman, I don’t even remember who she was, but she was a regular on the show. She was having such a hard time with the one paragraph she had that day, because this is prime time, so you do like one page a day. I just remember sitting there as this 16 or 17-year-old and being like, “Are you serious? I do 30 pages a day, and you’re having…?” Of course, I didn’t say that. (Laughter) But I realized what an amazing foundation that was. It was sort of boot camp. I didn’t know any different, so that totally has prepared me for indie filmmaking, and also comedy. I did a Verizon streaming show last year, and I had to say so much dialogue and work really, really fast.

That was basically like training and boot camp for me, for sure.

TrunkSpace: Science fiction in general comes with a bit of a built-in audience, but a lot of times the fandom can be very particular about what they give a sci-fi thumbs up to. Was the intention for “Curvature” to appeal to that very specific fan base, or does its genre-blend make it a film that speaks to a more general audience?
Fonseca: I don’t really know. I can only speak to what I like because I’m not a comic book lover. I don’t have anything against them, but I’m not necessarily a sci-fi junkie. I like great characters and great storytelling no matter what genre it’s in. That being said, I really hope that the people who are real sci-fi nuts and really are the true lovers of that genre, I really hope they like our film because I think that scientifically it makes sense, and we can back it up. But what I loved about it, too, is that this is a woman dealing with loss and how she’s trying to solve this mystery and come to terms with the reality of her life, now gets her swept up into this thing. That she’s an engineer, and she’s intelligent, and she’s driven and focused… there’s just a lot of elements. I thought it had aspects of a lot of different genres as well, but that, again, is just kind of my taste, so I like that you think that because I really don’t know what other people are going to think.

TrunkSpace: And much like music, that’s the beauty of film. Five people can listen to a song and each one could get something different out of it. The same can be said for a movie.
Fonseca: Absolutely. That’s what’s so lovely about this medium and the art form. It’s also so terrifying. It’s so hard to make great films, and hard to make great TV, and you just hope people like it. And it’s hard to make indie filmmaking and have people go out and support it so that more indie films can be made.

TrunkSpace: Television must be putting pressure on filmmakers as well because audiences are getting used to the slow burn, long term character journey now.
Fonseca: Yeah, sure. One of the things that I liked about the script and then even more in the finished product was how this story, even though it is a genre film, it really took its time in the beginning of the film to really get into where this woman is. We’re not rushed into just some big action, time travel thing. Diego and Julio are from Spain and it has this really European feel to it, the film, in the way that the score is, the way that the look is, and the way that it takes its time. So I really liked that aspect of the film, that it doesn’t just rush into it – that it’s serious character development.

TrunkSpace: You’ve played dozens of characters over the course of your career. Is the process of discovering who they are, such as the case with Helen in “Curvature,” still as exciting for you today as it was when you began your journey as an actress?
Fonseca: Oh my gosh, absolutely. It’s so hard to find these really layered, complex characters as a female. A lot of times we’re just these girlfriends, or we’re the comedy relief, or we’re just the wife, or whatever. So when there are these opportunities to carry a film, or to have an arc, or to have this giant responsibility on your plate… that never gets old. That is a challenge I’ll take any day because it doesn’t come that often.

TrunkSpace: Is it changing?
Fonseca: I think there’s a shift. I think it has a long way to go, but it’s progress.

TrunkSpace: Are you someone who wants to have a say in content creation and develop your own projects?
Fonseca: Yeah, absolutely. I’ve been working on one with my husband, a book that I really want to make into a television series, so there’s definitely things that I have the passion for behind-the-scenes. It’s up to us as actors. I think Reese Witherspoon has shown us, Oprah, Ava DuVernay… so many women are like, “You know what? I’m going to create my own content because I’m tired of sitting around waiting for the phone to ring because it just isn’t out there.” It’s taken these incredible women to start their own production companies to get these women-led films and television shows made. So, yeah, I definitely have a passion for it, and as I get a little bit more… what’s the word… gutsy… it’ll all come to fruition one day. (Laughter)

TrunkSpace: So if somebody came to you tomorrow and said, “Lyndsy, here’s a blank check. Go develop whatever kind of project you want for yourself.” What kind of project would it be? What medium would you focus on?
Fonseca: I think it would depend… by the way, that sounds like a very nice scenario, although, that’s not exactly how it works, which is why it’s so hard. (Laughter)

TrunkSpace: It would be one of those big Publishers Clearing House-sized checks – one of the giant ones. (Laughter)
Fonseca: (Laughter) That sounds lovely. I’ll put that on my dream board.

No, I think it would depend on the actual material, because I’m going through that with this book deal that I have right now and thinking about, “What is this story and how do I tell this particular story of these women in the best way? Is it in a two hour timeframe or is this a three-season arc?” So, it just really depends on the character and then the story itself.