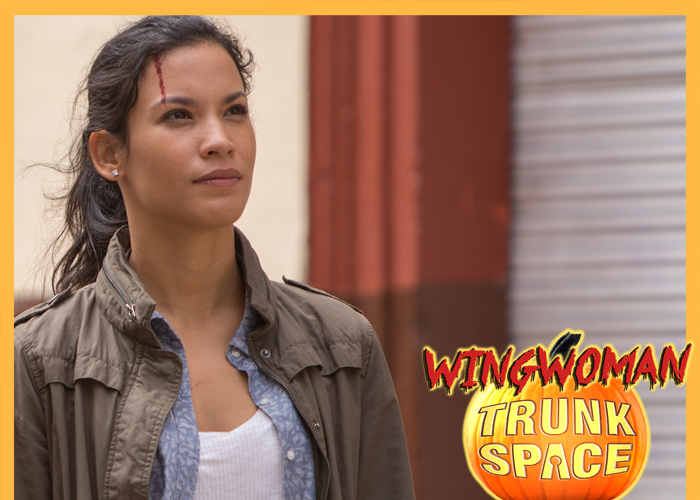 Fans of “Fear the Walking Dead” know Danay Garcia as Luciana, one of the few survivors of the zombie apocalypse. Eagle-eyed SPN Family members may also recognize her from season 8 of “Supernatural” where she guested in a memorable episode called “Trial and Error.” Now the Cuban-born actress is adding another fandom notch to her belt as she’s set to star in the latest installment of the Sniper franchise, “Sniper: Ultimate Kill,” available today on digital, Blu-ray, and DVD.

Garcia, who says she grew up surrounded by pink and trained as a ballet dancer throughout her early years, found it both humorous and exhilarating that she was running around in military fatigues with gun in hand, hunting down bad guys. And while the exciting action scenes were one of the elements that initially drew her to the role of Kate Estrada, a DEA agent tasked with bringing down a Columbian drug trafficker, it was the strength she discovered in the character that she bonded to most.

We recently sat down with Garcia to discuss honoring strong women on screen, how she likes to add her slice to the overall performance pie, and why she didn’t have time to consider the enormity of her “Fear the Walking Dead” role when first cast.

TrunkSpace: Outside of the action, what drew you to Kate from a performance standpoint?
Garcia: I really loved working and developing her as a woman that is in charge and in control of herself mentally and physically. She’s a woman who uses her physical strength and her mind strength to survive. She’s very in control of her emotions, but she’s not afraid to let go either. She knows herself – physically and mentally, because she’s a leader and she’s a fighter too. I really had a great time discovering that balance in her. She can grab a gun and shoot, order around the place, and then the next day we can see her crying in an elevator.

I’m very grateful to have one of the best directors that I’ve worked with in Claudio Fäh. He just gave me so much with the role, and not just to 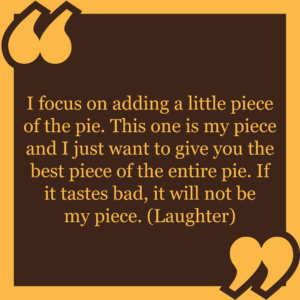 perform, but to create ahead of time with him. We would Skype and go down page-by-page, beat-by-beat, and it really helped me so much to have the freedom to let myself go and be confident.

TrunkSpace: And she is a character that could have easily gone in a more predictable direction.
Garcia: It could be this predictable character – a kind of cartoonish character, which we avoided at all times. It could have been like, “Oh this is Wonder Woman and she doesn’t feel anything.” I just think this is a very specific time in history, in life, for women, every time we portray a character, we have to be very honest about it and honor that, because whatever is out there will be out there forever. The flaws. The good and the bad. And the things that are great about a woman in power – a woman in charge.

TrunkSpace: Sniper is an established franchise and you came into the universe after many of the actors had already solidified themselves within the world. What were your thoughts about coming into an established film franchise that had already built up a fan base?
Garcia: You know, it came out of surprise. I remembered “Sniper” and when I was little, like a teenager, I remember watching them. We all love action movies. They’re going to live forever. You need them. They’re entertaining. When I auditioned, I just really loved the character. I never focus on the potential of the entire monster because I just feel like we’re a team. I focus on adding a little piece of the pie. This one is my piece and I just want to give you the best piece of the entire pie. If it tastes bad, it will not be my piece. (Laughter)

TrunkSpace: You also star in “Fear the Walking Dead,” which is known for its body count. The Sniper films also have their share of on-screen deaths. Does “Sniper: Ultimate Kill” live up to the body count of “Fear the Walking Dead?”
Garcia: I mean, they’re different, but the one thing that they have in common is the action and the surprise and the mystery of it all. You can’t really compare the two, but the ride is a similar ride. It’s like, “Oh my God, what’s gonna happen?” You just feel that inside of you.

TrunkSpace: With “Sniper: Ultimate Kill” you know where your character Kate is going start to finish. In something like “Fear the Walking Dead,” you not only don’t know where her story will end, but you don’t know when it will end either. From a performance standpoint, do you make different choices for a character when you can see their arc laid out in front of you?
Garcia: That’s a good question. When it comes to specifically “Fear the Walking Dead,” I think the only difference between one and the other in terms of the journey is that in Fear, you’re never relaxed. You’re constantly in an apocalypse. You’re constantly in danger. Anybody can kill you at any time. So, I always feel like there’s this speed in the way I talk and the way I walk. I’m always aware of my surroundings. I’m very focused, ready for a fight or ready for anything. You would never see Luciana or any character smelling the roses. It’s impossible. It’s not right.

But in the movie, I feel like there’s a space for the character within the storyline to really have a second to think and then to act. There’s a time to think, readjust, and attack. I feel like that art is more defined in a movie than in a television show. Obviously when it comes to Fear, it’s more in your face because we’re talking about an apocalypse. You can’t afford to relax.

TrunkSpace: We talked about coming into the Sniper franchise after it was already up and running, but what was that experience like when you came into “Fear the Walking Dead,” a franchise that is easily the biggest television has seen in over a decade?
Garcia: When I started there I didn’t think about, “Oh my God, this has a huge following.” First of all, I never had time to think about that. I auditioned on a Wednesday, I knew I got the job on a Friday – meaning I was traveling to Mexico on a Friday – and on Monday I was on set. I couldn’t think of anything. (Laughter)

I was just more focused on this character and this situation and how I could understand her more because I had no information, at all, whatsoever, other than that she knows how to kill zombies and she has this guy. Other than that, I had no idea. And I was pretty focused the entire season to do my absolute best job to create this woman and give her lot of layers of life and to make her real to that specific time in an apocalyptic world.

So that was my goal. I couldn’t think of about it being a franchise or about Comicon or, you know, action figures. I was more like, “How can I get my day done well to the best of my abilities.” (Laughter)

TrunkSpace: Obviously “Fear the Walking Dead” has a huge following. The Sniper franchise continues to build its fan base. And then if we look a little further back in your career we’ll find a show that you guested on that really has a massive fan following in “Supernatural.” It has become a show where so many young actors have gotten their start, and from what we’ve been told by others, it is a set that welcomes newcomers with open arms.
Garcia: Yeah. It’s a show that, the moment you get to set – literally the moment you get to set – the one thing you do is you meet Jensen and Jared. And the moment you meet those two guys together, you understand why the show has been on for so many years, and why the show has been so successful for so many years. You understand it because those two, they are like brothers. They really are. They’re both Texans, they both started together in “Supernatural,” and they both get it. And they’re so humble. It’s this beautiful connection of brotherhood and friendship and, it just makes you want to stay, you know? It’s weird. It makes you want to stay. It makes you support them. It makes you give your best to the show.