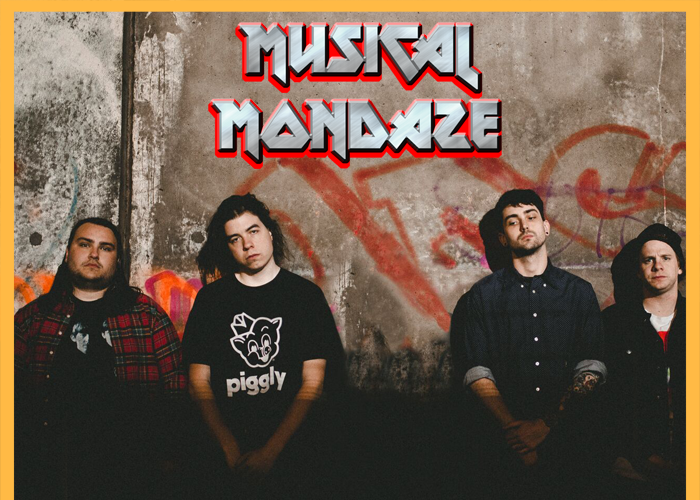 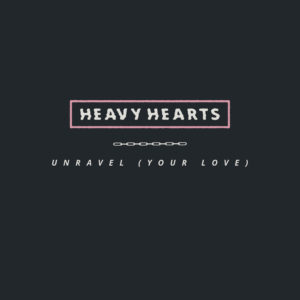 With a nostalgic sound reminiscent of the gritty 90s, the last great decade for mainstream rock recognition, Ontario band Heavy Hearts is carrying the melodic musical torch forward, hoping to return the genre to sweeping significance. With their latest single “Unravel (Your Love)” now available and more new music in in the works, Heavy Hearts is staying busy writing and touring in hopes of reaching as many people and places as possible.

We recently sat down with singer/guitarist Justin Glatt to discuss writing on the road, staying relevant, and how he looks forward to fans being inspired by Heavy Hearts in the same way that he was inspired by his favorite bands.

TrunkSpace: You guys are currently on a U.S. tour that is winding down. What has the experience been like and can you give as any highlights?
Glatt: The experience has been great. These are all places we haven’t played before and it’s been really cool to see people singing along and to be getting a good response from the crowd. Fossil Youth and Sleep In are great bands and are great people to be around.

TrunkSpace: Aside from playing out and sharing your music to new ears, what do you guys look forward to when you’re out on the road?
Glatt: Seeing new places is always great. We always really look forward to spending time with the bands we’re out with and meeting new people.

TrunkSpace: Something that you can never plan for always happens on extended road trips. Any horror stories that you’ll (hopefully) look back on and laugh at?
Glatt: A few years back we were driving back home from a show and one of our tires popped. We had to wait for the traffic to open up so we could pull over slowly to the right side of the highway. That was pretty fucked up.

TrunkSpace: We know you’re out in support of your new single “Unravel (Your Love)” but does life on the road allow for future singles to be written? Can the creative brain operate in that nomadic lifestyle?
Glatt: It isn’t that often that we write new material while we’re out on the road. However, on this run I’ve been working on some new ideas whenever there’s been time before shows and during sound check one time we all kind of messed around with something that could end up turning into something. We’ve seen other bands that we’ve toured with recording demos in their van while on the road. It’d be sweet to be able to do that eventually.

TrunkSpace: In a perfect world, what does the Heavy Hearts songwriting process look like?
Glatt: For all of our past releases the writing process included us just playing new ideas over and over again until something came out of it. The writing for “Unravel (Your Love)” and all of our 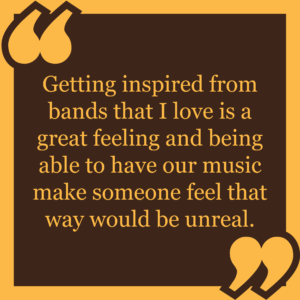 other new material was a little different. Davis has a studio in the same building as our practice space and we would go in and record demos of new ideas immediately. Even if it was just a guitar riff, we’d record it and build on the idea from there. I think we all enjoyed that process a lot more and will continue writing songs that way.

TrunkSpace: What is the first song that Heavy Hearts wrote and is it still a part of your musical repertoire? If not, have you ever thought about revisiting it and tweaking it with your experience now in mind?
Glatt: The first song we wrote together was called “Tranquility.” It was on our first EP called “Jacoba” that we released in 2013. Sometimes people still ask us to play it but none of us are really interested in playing it any time soon. Maybe if we break up.

TrunkSpace: What is the most difficult part about being in a band and reaching an audience in 2017?
Glatt: Staying relevant is probably one of the hardest things to do for a band these days. There are plenty of bands all trying to get people’s attention and with social media playing a huge part in bands being able to reach out, it’s important to constantly remain active so no one forgets about you.

TrunkSpace: There are so many artists all vying for the ears and eyes of music fans. How does a band rise above all of that and solidify themselves as a unique offering that those fans can’t get anywhere else?
Glatt: Writing good songs, having an active internet presence and networking with other people in the industry are the most important things to become successful.

TrunkSpace: What do you guys want people to take from your music? Is it about finding those messages within the music itself or just having a sonic acceptance of what they’re listening to?
Glatt: I’ve always wanted our music to make people think or to make them feel literally anything, whether it’s through the lyrics, or the overall vibe of the song. Getting inspired from bands that I love is a great feeling and being able to have our music make someone feel that way would be unreal.

TrunkSpace: What else is Heavy Hearts looking to accomplish together in the near future? Is there a new album in the works? Additional tours?
Glatt: Throughout the rest of the year we’d like to see our music reach new places and do some things that we haven’t done with our previous releases. New music and tours coming very soon.