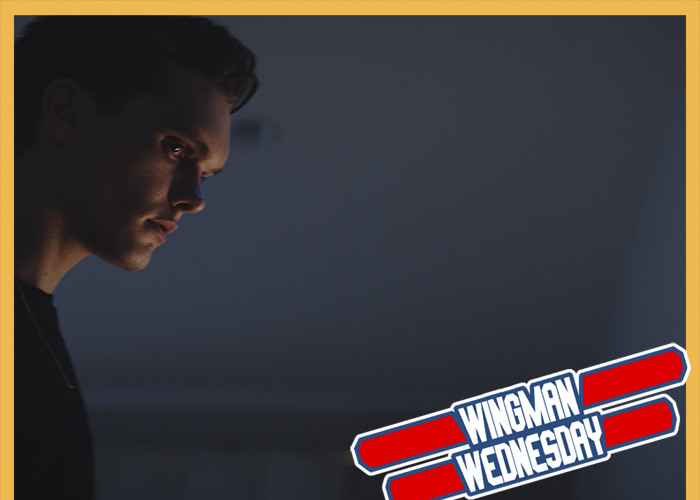 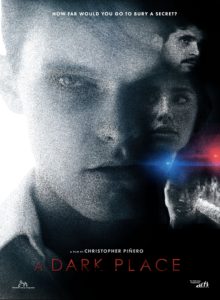 Even with his successful run as Jonathan Morgenstern on the fan-favorite fantasy series “Shadowhunters,” Luke Baines continues to want to push himself artistically, working to strike a balance between large-scale commercial projects and the kind of smaller independent films that feature characters not typically seen in mainstream productions. His latest project is just that, the dramatic “A Dark Place,” which the English-born actor admits to having reservations about prior to accepting the role of Alex.

“I was really kind of scared because the material was so intense at times,” he said in an exclusive interview with TrunkSpace. “I just didn’t want to do it and not be able to pull it off.”

We recently sat down with Baines to discuss the indie leap of faith, growing comfortable in his own skin, and why he’s looking forward to laughing a little on-camera.

TrunkSpace: You’re enjoying success on “Shadowhunters,” but we’re curious how important it is for you as an artist to continue to pursue projects like “A Dark Place” to appease your own creative hunger?
Baines: It’s really interesting because going into this I was really scared to do this film because it’s such an ambitious project in terms of the writing, and how much time we had to actually shoot it…

TrunkSpace: Crazy.
Baines: Yeah, it really was. So, there were days, just because of the way that filmmaking works, that I was jumping between suicide and the happiest moments of my life, and they were scenes that were scheduled back-to-back. So I’d be crying and then 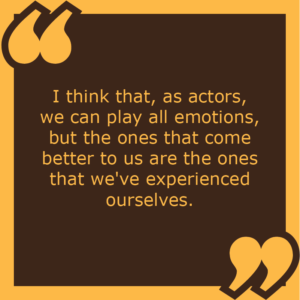 they’re like, “Okay. Great. We’re going to rush you over to the next set, and you’re on your first date with Jas.” I’m like, “Okay. Yeah. Uh-huh. Give me one second?” So, that was really difficult. But it’s obviously  a lot different when you’re doing an independent film like this, and all of the decision makers, essentially, are in the room and they’re on set with you. So, there’s so much more freedom to be creative, and to make different choices, and to throw out ideas and to collaborate. That’s not something you always get an opportunity to do, obviously, on a large scale Disney production. So, that was really nice.

And moving forward, it’s totally something that I would love, to be able to create a balance between doing the larger commercial projects that definitely are important, because a lot of people get to see them and you, and they’re good from that perspective, while also doing this kind of indie smaller budget creative stuff.

TrunkSpace: With that said, there must also be a bit of a leap of faith for you as a performer, because in those early stages of a project like this, you don’t really know what kind of distribution you’ll have when all is said and done?
Baines: Yeah. 100 percent. It is something that is really scary as an actor. These projects come up, you read them, and then you have to try and make a decision with your team whether or not this is going to be something that is good. With this, with Chris (Piñero), this is his first film, and the fear part of it is that it’s my face at the end of the day. So, if the film is crap then I’m the one that looks bad. I was really kind of scared because the material was so intense at times. I just didn’t want to do it and not be able to pull it off. But I met with him and we had a coffee, and I just remember he’s just so full of passion, and he’s so enthusiastic, and there was just something about it where I was like, “You know what? Yeah. I want to do this.” And then going into it I said to him, “Look, it’s not my job to decide whether or not what I’m doing is good. I’m putting all my faith and trust in you. I’m going to go all out, you tell me if it works, and you tell me if doesn’t, and I hope that whatever we get on camera is something interesting.”

TrunkSpace: Well, and there’s certainly plenty of examples of performers doing 100 million dollar movies that don’t work out, so in a way, as intense as those 12 days probably were, you can also justify a leap of faith like that by saying, “Well, it is 12 days and I’m going to take a gamble on the material and hope that it pays off?”
Baines: Yes. And that was kind of my thought process was, “It’s 12 days, and it may never come out…” But I’m proud of Chris and what he’s accomplished. He wrote, directed, edited and produced this film, and it’s good. I’m really proud of it.

TrunkSpace: You mentioned that the role and the writing in general were ambitious and that you wanted to make sure that you could do it right, but was part of the desire to embrace the character of Alex the fact that a role like this would not be available in terms of the types of projects that are being made in the mainstream?
Baines: Totally. And that was something that was 100 percent another draw to doing something like this. I also really loved the fact that it was so grounded in reality. A lot of the stuff that I’ve done in the past is in the sci-fi/horror space. So, to be able to play real human relationships – real human situations – obviously, they’re a little bit heightened because it is a film and not a documentary, but it was nice to actually not have to visualize the demon coming for my head, and just actually play an emotion that I understand.

TrunkSpace: For the audience the end product is always the most memorable, but we would imagine it goes a lot deeper for those involved in a project. For you, what is something from your time making “A Dark Place” that you’ll carry with you through the rest of your career?
Baines: Good question. I think the thing that I’m proudest of with this film was not self-moderating. A lot of the times, as an actor, you come up with the character, or the situation, and you have an understanding of what it is, and then you put out there what you want to put out there. With this it was the first project where I really said to myself, “Listen, the director’s job is to paint this picture, your job is just to bring some color, and he gets to decide what he wants to use.” And so, I really did put a lot of faith in Chris to be able to make sure that it did look good, and it was really, really scary. And so, for me, it was like a personal challenge that I overcame, and I’m happy about that.

TrunkSpace: In terms of your craft as a whole, do you enjoy acting as much today as when you first stepped foot onto a set?
Baines: Yeah, I really do. I actually think that I love it more, to be honest. Earlier in my career I was more focused on doing good work and pleasing people, I guess, and now I feel like I have a little bit more freedom where I can just go and live in the character’s moment, and explore that. And so, I feel like there’s more of a sense of freedom that comes with that, and I think it’s just from having done different projects, and knowing that sometimes they turn out great and sometimes they don’t turn out great. And a lot of that is out of my control. So, I’m better off just focusing on the character and enjoying it more, and I think that I’m doing that now.

TrunkSpace: Is part of that too, just as we age – as humans – we get more comfortable in our own skin?
Baines: Yes. 100 percent. It’s funny, I remember having an agent, God, like six years ago now, say to me that after every major life event you become a different actor. Whether you get in and out of a relationship, have a child, or buy a house, or whatever it is… and it’s so true. I think that, as actors, we can play all emotions, but the ones that come better to us are the ones that we’ve experienced ourselves. And so, the older I get, and the more that I grow, and the more life experience I have, and the more comfortable I am in my own skin, and the more confidence I have, the better I am as an actor.

TrunkSpace: If somebody came to you tomorrow and said, “Luke, here is a blank check. Go and green light any kind of project you want for yourself.” What would you throw into development?
Baines: It would be a comedy, because no one is going to cast me in that. Yeah. If someone’s giving me a blank check I’m going to do some kind of extremely elevated comedy so that I get a chance to actually have some fun and not cover myself in fake blood for one project.