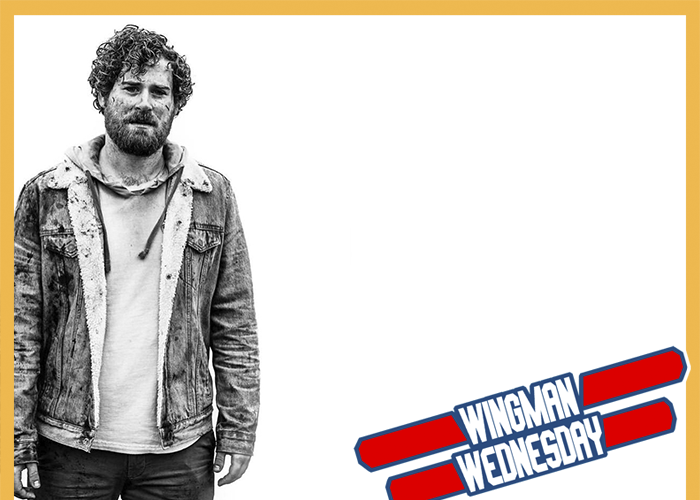 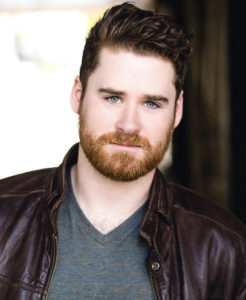 Feeling as if he had been transported into a post-apocalyptic video game, Kelsey Flower relished in getting to step onto the “Black Summer” set after the designers had their way with it. Between the abandoned cars, shattered windows and gory blood smears, he was sent packing mentally into another world, making it easy for him to tap into his character Lance. Constantly on the move, Lance has an uncanny ability to land on his feet through the course of Season 1 (now available on Netflix), even in the worst of circumstances, leaving his real-world alter ego to deliver more emotion – fear, sadness, despair, etc. – than dialogue.

We recently sat down with Flower to discuss Stephen King’s stamp of approval, shooting in his hometown, and why being cast in “Black Summer” is a reminder to add more cardio to his daily routine.

TrunkSpace: Having a show on Netflix is exciting enough, but what was it like getting a plug from Stephen King – an icon in the world of horror?
Flower: It was definitely surreal. It was crazy. I had to double check and make sure it was actually him. (Laughter) It was just such a nice vote of confidence, particularly in a genre that’s been very saturated. There’s tons of zombie things, so it was very nice to have one of the masters of horror say that it stood out for him as something new and great.

TrunkSpace: It no doubt opened the door for some people who may not have thought to check out “Black Summer” to then sit back and give it a stream.
Flower: Exactly. I saw so many comments under that Tweet that were like, “Oh, I wasn’t really going to watch it, but maybe I’ll give it a shot.” That kind of thing. So yeah, for sure. It was great.

TrunkSpace: What we thought that was great about “Black Summer” was its nonlinear storytelling approach, especially with that first episode. It really hooks you.
Flower: Yeah, I think the creators did a really good job of making sure that we knew that this was something different right away. You’re like, “Oh wait, that just happened…” and so you’re kind of invested right off the bat.

TrunkSpace: You shot a portion of the series not far from where your parents live. Do you feel a sort of special connection to the series, not only because of the work, but because of how it ties into your own hometown? 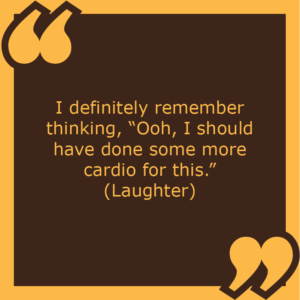 Flower: Absolutely. It was such a special, special project, not only because it was the biggest project I’ve done thus far, but because I got to shoot it in my hometown in a bunch of locations that I’ve had memories from growing up. I shot at a school where I had one of my first dances. And just the fact that I got to bring my parents to set – and my brothers to set – and show them what I do and what I’m pursuing, it was very special and it was nice to share that with family, for sure.

TrunkSpace: Is it a little weird that actors spend so much time telling themselves that they have to go to other places – Los Angeles, New York, Vancouver, etc. – and then here you are filming this big show in your hometown?
Flower: (Laughter) Yeah. It always seems like that’s the way. They say if you want to work in Calgary, you’ve got to move to Toronto. If you want to work in Toronto, you’ve got to move to LA. That kind of thing. It was very funny, but it made it all the more special, and I’ll do it anytime. It’s a good excuse to see family.

TrunkSpace: You mentioned that this is the biggest show you’ve ever done. Do you view “Black Summer” as a game changer for your career, and if so, have you felt its impact already?
Flower: Yeah, absolutely. I found myself kind of graduate, like get a promotion, in this industry. I was able to get better representation here in Toronto because of it with one of the top agencies. I’ve been able to put myself on tape for LA projects, and just bigger projects and bigger roles, too. Usually I just go out for a small principal, or like a one-liner with 30 people auditioning to say, “Hey, he went that way.” Now I’m getting the chance to audition for meatier, larger roles, which is amazing.

TrunkSpace: Your character, Lance, doesn’t exactly have an easy apocalypse, which from an outside perspective, made it look like a very physical shoot. Was there ever a point where you were running, fleeing or leaping off the top of a bus where you felt like, maybe, you bit off a bit more than you could chew given the physicality of it?
Flower: I definitely remember thinking, “Ooh, I should have done some more cardio for this.” (Laughter)

It was very physical, obviously. I spent more time running than speaking, for sure. And as it is with film, every scene you see me running, I probably had to do that five to 10 times just for continuity and getting it all right. And because they wanted that look of the jean jacket and the hoodie, I had to have that in the middle of the summer. There was definitely not a lot of prop sweat on that shoot. (Laughter)

But I was a kid a candy store and I was having the greatest time, for sure. It was a positive experience the whole time, and just a good reminder to me to do some more jogging. (Laughter)

TrunkSpace: Yes, you did more running than speaking on the show, but you also had some very dramatic, moving moments, particularly in the bunker where you spoke up for Jaime King’s character. That was a scene where, less (dialogue) was absolutely more.
Flower: Yeah, that was actually a really, really great challenge, and it was very validating because up until this point, I had been cast as like the funny stoner – the Seth Rogan kind of character. The guy who’s the awkward best friend. So it was definitely great to have the directors come in like, “No, we cast you because we think you’re a great actor and we think you can tell things, because we know that we’ve written a script that has minimal dialogue, and we cast you because we think you can tell the story without words.” So, that was very validating… and very, very nerve wracking. But also, I was incredibly grateful to have directors that trusted me with what I could do and what I could bring to it. It was incredibly rewarding.

TrunkSpace: There wasn’t a lot of Lance’s backstory presented to the audience. Was that backstory presented to you, or did you have to kind of figure out who he was pre-apocalypse on your own?
Flower: We had a little bit of backstory. There’s a monologue that I auditioned with for the initial audition that gave me a little insight into who Lance was. But for the most part, they really let me leave it up to my imagination, and bring certain things and backstory that I had come up with. So, talking to John (Hyams) and Abram (Cox), we were able to collaborate a little bit on who Lance was, and he’s surprisingly close to me.

TrunkSpace: And that’s interesting because, here he is, a guy who can’t necessarily get out of his own way, and yet he’s one of the last few survivors of the apocalypse.
Flower: Yeah. The whole thing with Lance that was described to me was that he is the guy that should have died first, and for whatever reason, he didn’t. We all have that friend that for some reason, they just keep getting lucky and they just keep going, and they don’t even know why or how. They’re not even aware of it, but things just work out somehow. He (Lance) just has this crazy will to survive. And it’s kind of this idea of in this world, the heroes die quicker and the good people who stick their necks out, they die faster.

TrunkSpace: A series like this – where you’re surrounded by zombies and the apocalypse – it must present some pretty surreal moments on set, like standing at the crafty table with a member of the undead. What was the most surreal moment for you that you’ll carry with you through the rest of your life?
Flower: Oh, man. There was this awesome scene I got to do where it was just me. I get to walk out into the street where the great set decorators have made it this… there’s abandoned cars, and a car on fire, and windows smashed in, and all this stuff, and I just got to walk into this world. It was like I stepped out of the alley and there’s just this world of apocalyptic chaos. It was just this crazy moment that was so wild, and I get to play pretend like this. It was so much fun because they did such a good job in this tiny Alberta town. It’s quiet, and there’s chaos and bloodstains. It was just this crazy, surreal moment of like, “Oh, I just stepped into a video game and now I get to explore this new world.”