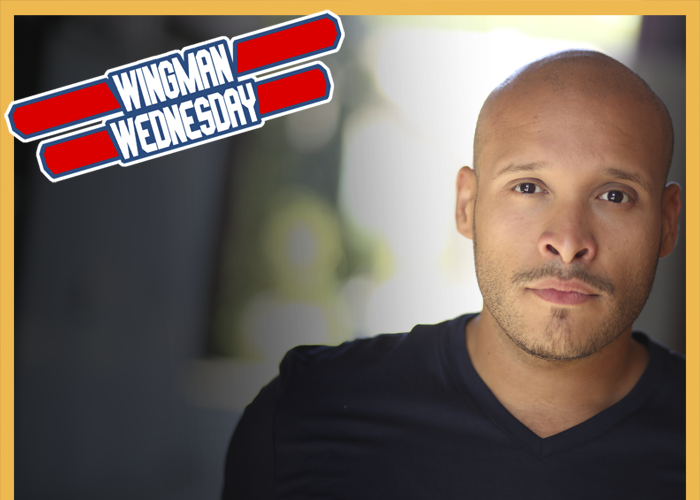 As firefighter Joe Cruz on the popular NBC series “Chicago Fire,” Joe Minoso has experienced every career first imaginable. The life-changing part was not only his introduction to a series regular role, but it is a job that has lasted for nearly a decade, paving unexpected pathways for the New York native both professionally and personally.

We recently sat down with Minoso to discuss where “Chicago Fire” has impacted his life the most, the mixed bag of social media, and how he found the love of his life at the job of his life.

TrunkSpace: The “Chicago Fire” universe has been a part of your life now for most of the current decade. How has your time as Joe Cruz – the work and everything involved with it – impacted your life the most?
Minoso: Wow! It’s really weird to hear most of the decade. But yes, definitely it has been incredibly impactful. I would say the largest way was that I met the love of my life and now wife working on “Chicago Fire.” She was a makeup artist for three seasons on the show and still does work there from time to time. But she’s currently moved on to her own business in paramedical tattooing, which is an incredible, emerging field that she’s just going to be phenomenal at. I’m super proud of her.

TrunkSpace: What has been the most enjoyable aspect of getting to play the same character for well over 100 episodes of a series? How has Joe changed since you shot your first scene to where you are today, and how has that changed the experience for you personally?
Minoso: I think what is most enjoyable about playing a character on episodic television is getting to learn new facets of the character year to year. As the writers discover interesting new story arcs for you, it develops more character nuances. Those are always fun to learn about when you come back every year. I would say since the first shot, Cruz has definitely become a firefighter who is more aware of his skill set and far more comfortable in a leadership position. He’s really made strides as a firefighter to be one of the best. And I think that that work ethic is starting to show up in his personal life. He just seems to be more put together. He’s really coming into his own and you can see that more readily, especially now with his new girlfriend Chloe.

TrunkSpace: The series is immensely popular with fans. How long did it take you to become comfortable with having the spotlight of a successful television series shined onto your own life, both in reality and in the social media world?
Minoso: I’m pretty lucky, I don’t get bothered most places I go, so any kind of fame or celebrity isn’t something that I really deal with often. Most of the time it’s someone who is very nice and asking if they can take a photo because they are huge fans of the show, to which I happily reply, “Absolutely!” I’m happy to do it. The fans helped keep us around. As for social media, that’s a mixed bag. I try to keep it as light and inspirational as I can. Whatever social media platform I may have developed over the years, I would like to use towards championing goodness, charity, respect, humanity and laughter. 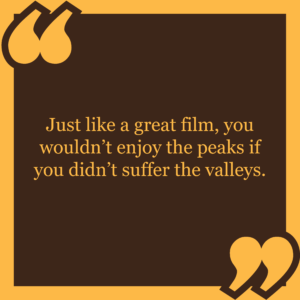 TrunkSpace: What is the relationship like between the series and real world first responders? In particular, what is it like to hear feedback directly from those who live these types of experiences day in and day out?
Minoso: I would say mostly very positive. We come across a lot of first responders who absolutely love our show – across the world! There are definitely those who get on us about not doing things right, or not showing how things are in real life, but while I understand the issue, some of the things that we would like to show are almost too unbelievable or impossible for television. And firefighters or first responders love busting each others’ chops, so more than anything, I just think they’re looking for something to make fun of.

Honestly though, it’s mostly really great feedback. And they are some of the greatest, salt of the earth, bravest people you’ll ever meet in your life.

TrunkSpace: “Chicago Fire” seems to allow its performers the chance to play in various genre sandboxes, from heavy drama to lighter, more comedic moments, which we would imagine, helps to keep things fresh. Would it be more difficult to spend as much time on a sitcom where you’re always having to deliver on the same beats, as opposed to a show like this where each day brings a different approach?
Minoso: I consider myself one of the lucky ones on the show. I feel like I get to play in a lot of those sandboxes. Some of the other characters are limited to just drama or comedy, but I think Cruz is a character that seamlessly goes from one to the other. That’s been one of the great things about playing him is the opportunity to do so many different things.

TrunkSpace: To date, what are you most proud of with your work as Joe Cruz?
Minoso: I am really proud of my relationship work with my fellow firefighters. I feel like we really look and act like a family. I don’t know how much acting is actually involved. We pretty much are family at this point. But I think ensemble work is some of the hardest stuff to do and I think we are at our best as a show when we’re there as a group.

TrunkSpace: Prior to on-camera work, you spent a lot of time on the stage. When it comes to performance, is theater your first love?
Minoso: There’s no way it can’t be. It introduced me to the great world of performing and storytelling. The immediate response you get from an audience is one of the most thrilling, adrenaline-inducing moments you could ever ask for. But I have really grown to love the camera medium. I feel that you can tell far more expansive stories this way. However, I’ll always love theater and I look forward to revisiting it someday.

TrunkSpace: When you started to do more work in front of the camera, did you have to take a different approach to your craft than you did with your work in a live setting? Did it take some fine-tuning for you to get comfortable in that new world?
Minoso: There’s a lot of similarities, but I would say the biggest change I had to make was understanding that the audience was not 100 feet away in a seat up in the balcony, but two inches away from my face. I think once I started thinking of it that way, it helped bring my performance down to an acceptable level for television. That being said, I can still be a pretty broad and bombastic actor. I work hard to try and keep it in a believable place.

TrunkSpace: Time machine question. If you could jump ahead 10 years and get a glimpse of what your career looks like a decade from now, would you take that journey? If not, why?
Minoso: I wouldn’t. Half the fun of the story are the surprises that come along the way. Just like a great film, you wouldn’t enjoy the peaks if you didn’t suffer the valleys. I feel like knowing would take away from that.