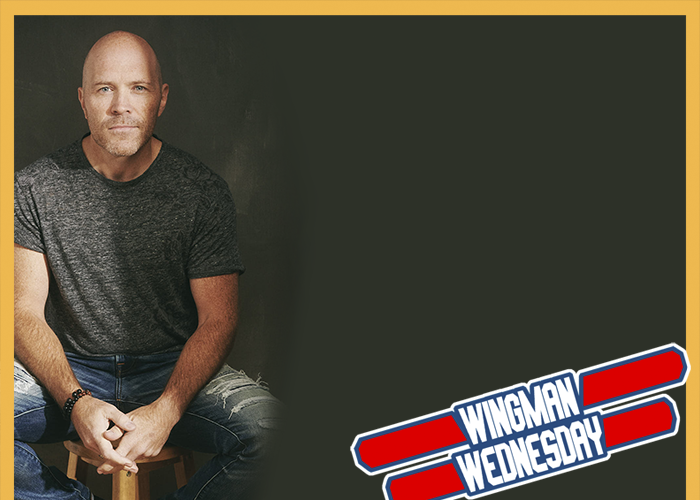 For those of us who grew up in the 1980s watching “high concept” television like “ALF,” the idea of a series as big in scope and as deep in character as “See” would have been inconceivable at the time. Television has come so far in the years since the dials were controlled by only three networks that nowadays every night can be spent watching a summer blockbuster in the comfort of your own home. And for the actors who bring amazing projects like “See” to life, it’s no different behind the scenes.

“It felt more like being on the set of a big budget blockbuster than traditional episodic television,” said series star Josh Blacker in an exclusive interview with TrunkSpace.

We recently sat down with Blacker to discuss embracing the fantastical wardrobe, bringing the sightless experience to his performance, and the role that was a dream come true.

TrunkSpace: A new series. A new streaming service. High-stakes storytelling. How excited are you to finally have “See” going out wide into the world and, we would imagine, finally having the freedom to share that excitement with people once you don’t have to worry about sharing any spoilers.
Blacker: I’m thrilled that people will finally be able to enter into the epic world of “See” that Apple has brought to life. It’s beyond anything I’ve ever been involved in and I think people are going to be blown away by the scope of this series. I can’t wait to hear people’s thoughts about the show and share some of my experiences making it.

TrunkSpace: Not a lot has been revealed about the series yet as much of it be being kept under wraps, but knowing what you know about “See,” what are going to be those must-see elements that you feel will not only pull audiences in, but keep them enthralled for the duration of the season?
Blacker: Oh, man, there are so many elements to “See” that will have people engrossed from the beginning. The talent involved at every stage and in every department is truly remarkable. The scope of the world building is truly epic. The sets built into the middle of nowhere in the wilds of British Columbia are a majestic backdrop to a truly unique story that has all the things people love in a good show. Love, death, secrecy, betrayal, action, and so much more. Our writer, Stephen Knight, is remarkable.

TrunkSpace: Upon last check, the trailer for the series has nearly 28 million views. Does this feel like the kind of project that could be a game changer for you in terms of your career moving forward?
Blacker: I certainly hope so!

TrunkSpace: From what we’ve seen so far of “See,” it looks less like a television series and more like a big budget tentpole film. As an audience, it’s amazing to see how far television has come since our days of watching ONLY the three major networks, but 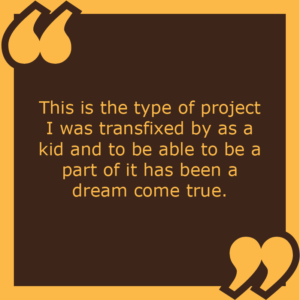 from someone who works inside the industry – and specifically this project – do episodics have that “movie” feel behind the scenes as well?
Blacker: Oh absolutely! From my very first wardrobe fitting to the moment I walked onto set for the first time you could just tell that Apple had spared no expense in creating the world of “See.” It felt more like being on the set of a big budget blockbuster than traditional episodic television.

TrunkSpace: Let’s talk wardrobe for a minute. We hear “dystopian future” and we think, “YES, 10-year-old us would be so excited to be dressing up like Conan.” When you’re working on a project that exists in a heightened, fictional reality, is there a bit of wish fulfillment for you and your inner 10-year-old? Having grown up watching this kind of action, is it surreal to now be performing it on-camera?
Blacker: That’s so funny because it’s exactly what I thought when I first saw the wardrobe and visuals for my character, the Witchfinder Warrior. It was a little overwhelming at first, but as soon as I finished getting into wardrobe and makeup, I looked in the mirror and the 10 year old in me was over the moon. This is the type of project I was transfixed by as a kid and to be able to be a part of it has been a dream come true.

TrunkSpace: For fans, the final product of a film or series is always the most memorable part, but for those involved in a project, we’d imagine it goes much deeper than that. For you, what is something about your time working on “See” thus far that you’ll carry with you through the course of your life/career?
Blacker: There are SO many amazing memories from the eight months of shooting. But, I think the one that stands out the most is the two-month boot camp we went through at the very beginning and working with our amazing blindness consultant Joe Strechay. He is such an incredibly warm and kind man and his guidance and mentorship in helping me bring the sightless experience to screen authentically was something I’ll always remember.

TrunkSpace: What are your views on fame as it relates to your acting career? Is it part of the package that you have come to terms with it, or, would you be comfortable focusing on your craft and never having to be recognized outside of the work itself?
Blacker: I think ideally it’d be nice to have a balance between the two. It’s a bit of a catch 22, in that having a degree of ‘fame’ allows you to work on bigger and more exciting projects but it can come at a cost – the loss of anonymity. However, the longer I work the more I enjoy hearing from fans and engaging with them online. Most of them are so sweet and kind and it really does fill me with joy to hear how something I’ve been in has affected them in some way. So if fame means working a lot on really good projects and being recognized by more and more people for that work, I’ll gladly take it.

TrunkSpace: You’ve appeared in a lot of fan-favorite shows over the years, including “Arrow,” “The 100” and “Travelers.” Are there any characters that you wished you had more time to explore given how interesting they were to you personally?
Blacker: I love working on the fan-favorite shows. The fans of those shows are so educated and so supportive it really makes me wish I could explore all of those characters for much longer. I’d love to have had more time with all of those characters, but if I had to choose one, it’d be Magee on “Arrow.” He was supposed to appear in more than one episode, but we had a conflict with the schedule so unfortunately that didn’t happen. He was such a dark, conflicted person and I’d love to have been able to explore his world a lot more.

TrunkSpace: What has been the highlight of your career thus far?
Blacker: There are so many! Although, working with Jodie Foster on “Elysium” was a dream come true. I’ve admired her work for so long and to finally share the screen with her was an honor.

TrunkSpace: Time machine question. If you could jump ahead 10 years and get a glimpse of what your career looks like a decade from now, would you take that journey? If not, why?
Blacker: I love the idea of time travel! Someone, please put me in your time travel film or show. But, in real life, I try not to look ahead or back too much. I love the surprises that life and particularly life in this business brings, so I think I’d pass on the journey to my future. The joy I get every time I walk on set for the first time is something I want to experience as it happens.