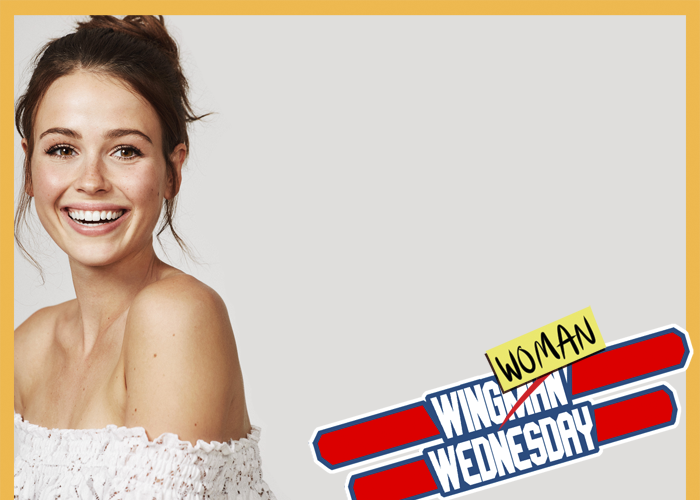 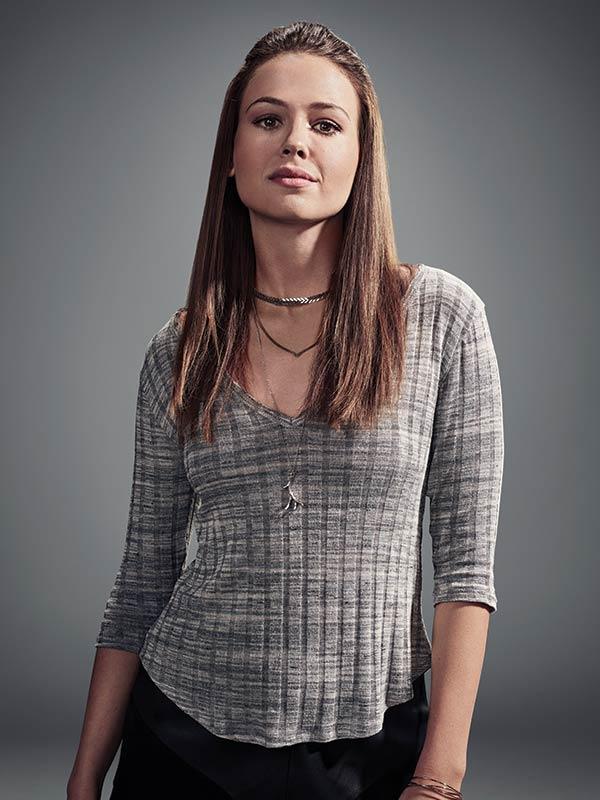 With the talent to sear a celluloid pop culture pathway into your brain and a classic, ageless beauty reminiscent of Kate Beckinsale, Jocelyn Hudon is our favorite actress on the rise. With roles in AT&T Audience Network’s “Ice” and the upcoming Netflix series “The Order,” the Canadian born thespian is on her way to being a force to be reckoned with inside Hollywood.

We recently sat down with Hudon to discuss the current television content climate, the reason she’d be acting no matter what generation she was working in, and why pretending to be someone else can be extremely cathartic.

TrunkSpace: We were doing a little research on your Instagram and we saw that you were in South Africa recently?
Hudon: Yeah, that was amazing.

TrunkSpace: Was that a perk of a particular job?
Hudon: Yeah, it was. It was the best. I don’t know how I can beat that but I’m going to try.

TrunkSpace: Not too shabby for a place on location!
Hudon: South Africa was amazing. Surfing and nature and hikes. It was awesome.

TrunkSpace: Do you have to be extra careful surfing over there? Isn’t that where a lot of the great white sharks are?
Hudon: Yeah, there are, but they have shark spotters. On the highway there’s a bunch of little huts and they’ll have drones flying over. I had to get out of the water once because there were two great whites, but it was fun.

TrunkSpace: Well, let’s transition into something a little less terrifying! You appeared earlier this year on the second season of “Ice,” which airs on the AT&T Audience Network. You also recently shot “The Order” for Netflix. As an actress, is it an exciting time right now to be working, not only due to the quality of the content, but because of the quantity as well?
Hudon: Yeah. There’s a lot of good stuff out right now. Every other audition I get I’m like, “This is the one!” Then two hours later I get another audition and I’m like, “This is the one!”

TrunkSpace: Does it make things less competitive than it once was because there are more jobs available?
Hudon: I think so. I still have to work my ass off. Sometimes you go 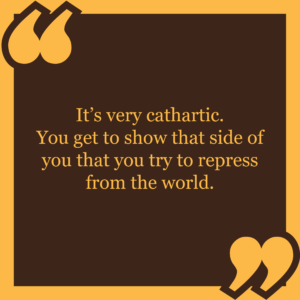 to an audition – this happened to me twice this year – but I go to an audition and I see someone I watch on TV and we’re going for the same role and I’m like, “Oh my god, I love you.”

TrunkSpace: Do you think you’d enjoy acting in the 1980s and 1990s, particularly in television, when the shows being produced weren’t as sophisticated or character-driven?
Hudon: Yeah. I just love performing no matter what it is. I think maybe it would have been easier because there was less people. I feel like social media and stuff, everyone is in the spotlight now so I feel like there’s a lot more people going for a lot more jobs, so I guess networks can be a little bit more specific as to what they choose now acting-wise.

I would have fun no matter what. I love it. I don’t think I could do anything else.

TrunkSpace: You mentioned social media. That seems to be a component that is involved in acting careers now as well. We have heard stories about people not getting jobs because someone else had a larger social media following than they had, whether that be because they’re already well-established, or have used growth services like nitreo.com to help them on their way, which seems like it adds a whole new stress to the process.
Hudon: I hope that’s not true. I had a girlfriend say the same thing last night, that she didn’t get a job because she was going against this Disney star who had millions of followers. I really hope that’s not the case. I hope whatever projects I go for don’t do that. I’d rather get the job because of my talent than what I take pictures of, you know?

TrunkSpace: Absolutely. Social media should be a tool in the toolbox, not the toolbox itself.
Hudon: Yeah. I don’t know. I’m not huge on social media. I just have this thing that… I was on a train once going from Montreal to Toronto and I ran into this girl. She went and sat behind me and we were both going from Montreal to Toronto – we both worked that day. I’m like, “I wonder what she was working on.” I expected her to post on her Instagram so I go on her Instagram and she posted a picture from an airplane, of the wing of the airplane, being like, “Going back to Toronto!” I was like, “I can see you! You’re on a train.”

TrunkSpace: Has acting opened up your life in a way that you couldn’t have anticipated when you started to dream about it as a career?
Hudon: Yeah. I got to go to South Africa, which was amazing, and the first movie I shot was in Paris, which was awesome. I remember driving and my agent was like, “Can you pull over to the side of the road?” On the phone, I’m like, “Yeah.” He’s like, “You’re going to Paris tomorrow to film a movie.” I was like, “Oh.”

Travel is amazing. Meeting people is amazing. Getting put in crazy scenarios with method actors and you’re just like, okay, go learn how to adapt and become a more well-rounded human being. For acting, I feel like it’s made me more sensitive because I wasn’t the most sensitive person growing up. I’m the oldest child so I’m tough and hard. It’s made me become more vulnerable and sensitive and empathetic when you’re in scenes where you have to listen and care. It really pushed me that way. 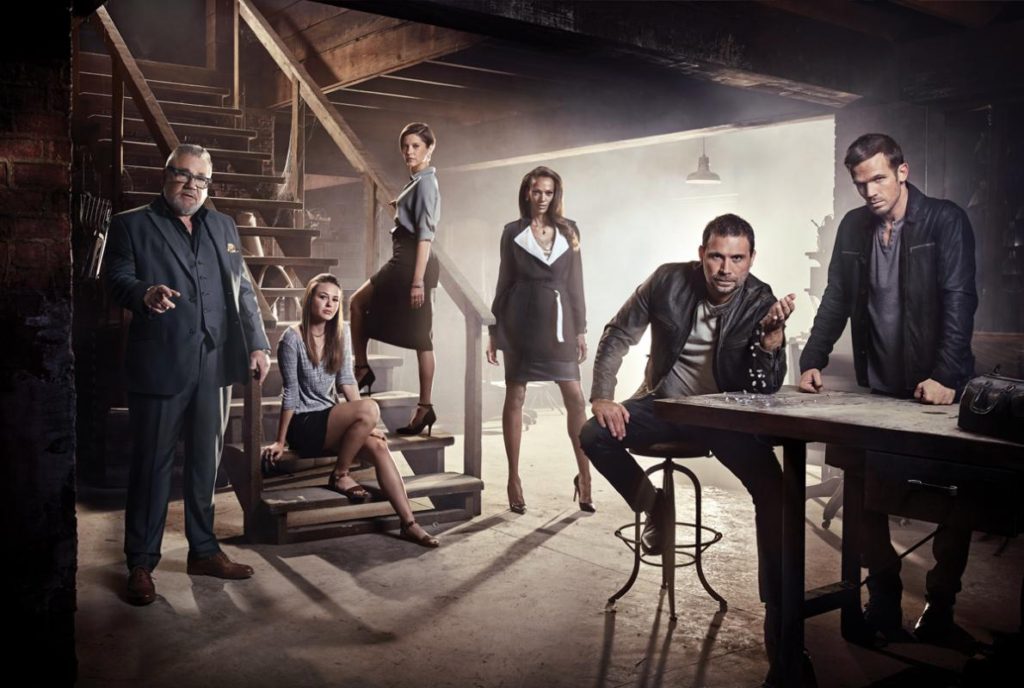 TrunkSpace: So in the process of discovering who a character is and what they’re all about, you end up learning more about yourself as well?
Hudon: Yeah. It’s also, you can show parts of yourself that… in real life I try not to be angry or I try to be as calm and as nice as possible, but then there’s some roles where you get to scream and yell and be crazy. It’s very cathartic. You get to show that side of you that you try to repress from the world.

TrunkSpace: It also has to be one of the only jobs that changes daily, which must be a nice perk as well.
Hudon: Yep. I need change all the time. My worst nightmare is working, getting to work at 9:00, leaving at 5:00 – just being trapped in an office. I did it for an internship for my post-grad degree. I had to work in an office and this woman would come yell at me all day and I wasn’t allowed to leave and I wasn’t allowed to do anything and I just had to sit at this computer and work for this giant corporation. I was like, “Fuck no!”

I really value freedom. I think you’re alive once and if you’re not doing exactly what you want to do with the time you have on the earth, then you’re just wasting your time.

TrunkSpace: If you were to sit down with the young girl – the younger version of yourself who first dreamed of becoming an actress – do you think she would be surprised by how your path has gone thus far?
Hudon: Yep. I was thinking about that today. I always wanted to be an actress but I didn’t vocalize it. My parents are very academic so it was like, “Go to university. Do a master’s. Become a lawyer.” The whole time I was like, “I think there’s something else. This doesn’t really feel right.” The fact that I’m Canadian and I live in LA – I have my apartment in LA, I have a manager and an agent and have been on TV – that sometimes blows my mind. If I didn’t stick up for myself or claim what I really wanted to do and become, I could have easily not. I could have just let this pass by. I’m really glad I had the balls to come out and say what I wanted to do and actually pursue it, so I think I would be really shocked.

Season 2 of “Ice” is now available on AT&T Audience Network.