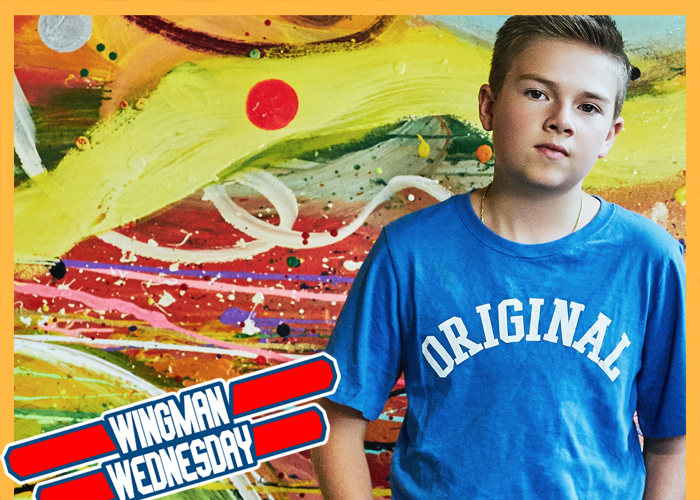 Jet Jurgensmeyer may be young, but when it comes to the entertainment industry, he’s no newcomer. Not yet able to drive, the versatile actor and voice talent has already left his mark on pop culture, helping to establish brand new characters like Nonny from the animated series “Bubble Guppies,” while also slipping into the shoes of long-adored characters like Spanky in “The Little Rascals Save the Day.” Currently he can be heard bringing Stinky Peterson back to life in “Hey Arnold!: The Jungle Movie,” which premieres Friday on Nickelodeon, and on the big screen in “Ferdinand” opposite John Cena and Kate McKinnon, due December 15.

We recently sat down with Jurgensmeyer to discuss how voice acting became a part of his career, why he loves playing established characters, and how being the biggest Peyton Manning fan played into his work on “Ferdinand.”

TrunkSpace: Aside from your on-screen acting, you’re also an accomplished voice actor. Was that always part of the plan or did your voiceover career just take off on its own?
Jurgensmeyer: It kind of just took off on its own. I mean, I just remember going out on some auditions and getting the parts. I just kind of fell in love with it. And I really liked it once I started doing “Bubble Guppies” because Charlie Adler, who was the voice director on that, he really taught me everything I know about voice acting, honestly. And he’s so funny. My parents came in for one of the last episodes I did, and my dad was so surprised how we had almost come up with our own sign language. He wouldn’t even have to talk into his mic and give me directions. He would just do different kind of motions and I would know exactly what to do. So, it just kind of happened on its own.

TrunkSpace: You voiced Stinky Peterson in the new movie “Hey Arnold!: The Jungle Movie,” which premieres this Friday on Nickelodeon. How much of your take on the character was a throwback to the original, and how much of it is you and your version?
Jurgensmeyer: Well, he’s from Arkansas, and I’m from Tennessee. So I had to do a Southern accent. And I remember doing the first audition and I was like, “Well, I know I can do the Southern accent part, so now I just have to kind of figure out the way that he originally talked and stuff – and figure out the different things that he would do with his voice.” And that was kind of how that happened. It’s interesting how you put it, where it’s me and it’s him. It’s both of us at the same time.

TrunkSpace: What’s kind of nice about this movie is that it ties up some loose ends for fans of the original series, and at the same time, it’s accessible to new fans.
Jurgensmeyer: Exactly. That was one of the things that we were all really excited about. We actually went to a party last night for it, and they showed the movie and it was really cool. I’m really excited for everyone to see it. But it definitely does kind of bring some closure. That was one things that they were talking about last night. They were saying that this movie will bring closure to the original fans, and it will also bring closure for their kids. It’s really cool. I’m really excited about it.

TrunkSpace: It must be fun to work on a project like this that already has an existing fan base? 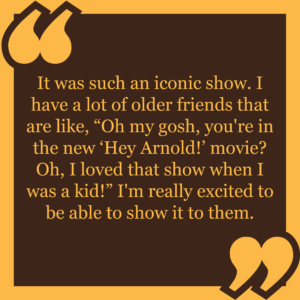 Jurgensmeyer: Definitely. It was such an iconic show. I have a lot of older friends that are like, “Oh my gosh, you’re in the new ‘Hey Arnold!’ movie? Oh, I loved that show when I was a kid!” I’m really excited to be able to show it to them. And I just know everybody that watches it is just going to fall in love with it.

TrunkSpace: What did you enjoy most about playing a character who already existed, as opposed to somebody brand new?
Jurgensmeyer: Well, it’s something that I like doing in live action and in animation. Whether it’s a true story in live action or whether it’s trying to mimic somebody else’s voice like I did with Stinky Peterson, I always like being able to bring their story back to life and being able to kind of share their story with everybody else.

TrunkSpace: As somebody who has worked so extensively in voice acting, when you’re sitting down and reading, either for work or for yourself, do you find yourself trying to tap into the character voices as you’re reading from the page?
Jurgensmeyer: I do, actually. That’s kind of something that I do a lot. I’m currently reading “The Chronicles of Narnia” books, and every time I start reading it, whether it’s a script or whether it’s those books, because those books are just phenomenal, I immediately start thinking of the scene. And I start thinking of what the characters look like, and how they would say it. Sometimes I’ll say one of the lines a few times in my head and I’ll be like, “Oh no, what if he tried it like this?”

It’s kind of funny and it’s kind of weird at the same time that I think that, but I really do. 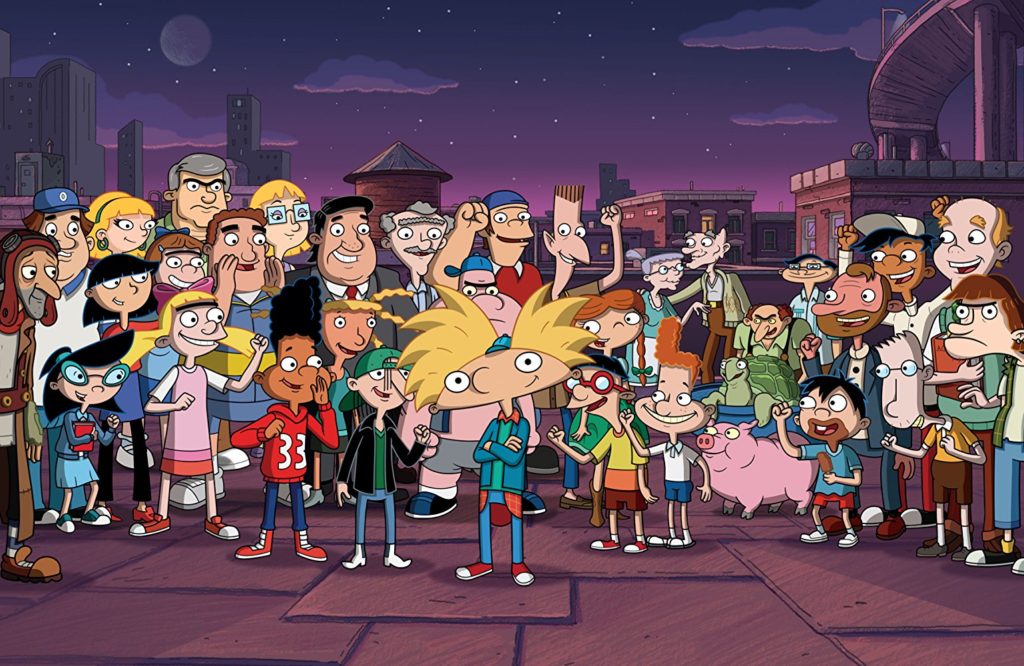 TrunkSpace: Sounds like you’re on a path to also becoming a director!
Jurgensmeyer: Yes, sir. That is something that I would definitely like to do.

TrunkSpace: We noticed a funny coincidence in your recent work. Not only are you playing a character named Stinky, but you’re also playing one named Dirty in the Amazon show “Stinky & Dirty.” Is there a theme building here? (Laughter)
Jurgensmeyer: (Laughter) That was kind of a joke last night, as well. I told some of my friends that were there and they were like, “Wow, you know, I think this is a sign, Jet, that you’re getting these stinky and dirty roles.” And I just kind of laughed. I was like, “Uh huh, sure.” (Laughter)

TrunkSpace: Now all you need to do is voice the character Pigpen from “Peanuts.” (Laughter)
Jurgensmeyer: Yeah. (Laughter)

TrunkSpace: You also have “Ferdinand” due in theaters this December. The cast of that film is completely stacked. How exciting is it for you to be involved in a project of that size and scope?
Jurgensmeyer: Oh my goodness! When I found out I was getting that part, I was so excited, because I play young Peyton Manning, his character. I’m probably the biggest Peyton Manning fan ever, so, I was really excited to be able to do that. And I was telling the director and the producers, I was like, “You know, if you guys have a screening, I mean, certainly he’ll be there. And you guys will want a picture of younger and older Guapo. I mean, sure, right?” (Laughter) They were like, “I think we’ll be able to work something out.”

TrunkSpace: Nothing wrong with being a Manning fan, but, we’re up in Tom Brady country, so… (Laughter)
Jurgensmeyer: Oh. All righty. (Laughter) I have him on my fantasy team, so we’re all good.

“The Stinky & Dirty Show” is available now on Amazon Prime.

Featured image by: The Riker Brothers.