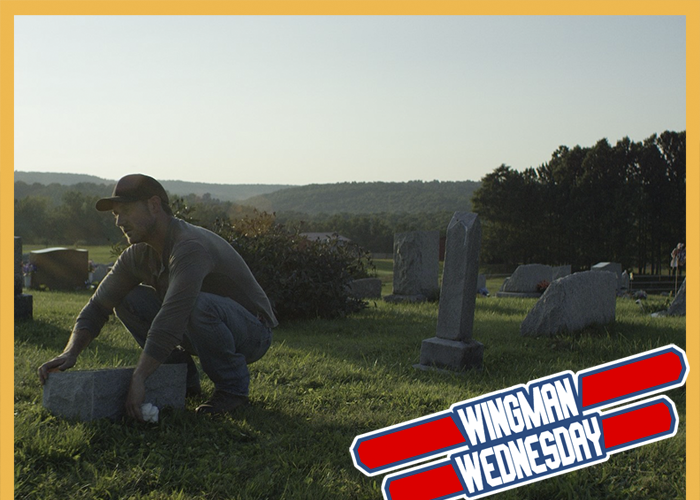 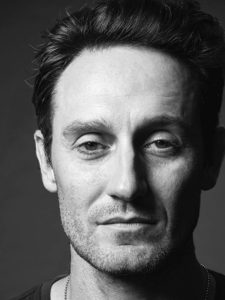 Josh Stewart had a story to tell about his home state of West Virginia, and instead dividing up the duties to see that narrative through to the end, he chose to tackle as many responsibilities as possible in order to maintain creative control. The end result is “Back Fork,” a dramatic character-driven film about addiction and how it impacts family life, which the “Criminal Minds” actor not only wrote, directed and produced, but also starred in alongside A.J. Cook and Agnes Bruckner.

“Back Fork” arrives in select theaters tomorrow and will be available on VOD April 9.

We recently sat down with Stewart to discuss creative compromise, nailing the first take, and why his familiarity with West Virginia makes him the perfect person to tell the story.

TrunkSpace: “Back Fork” had an incredible journey to become a reality. What made you stay the course, confident that you could get the film made in the way that you envisioned it?
Stewart: Well, I think the biggest thing is for me, when I decided that I wanted to start writing and directing, it goes back to the old Hollywood adage of you do two for them and one for you. So, making this film, I was only going to do it that way. I was not interested in doing it in some other fashion or on someone else’s terms, and if that meant just holding out until the time was right then so be it.

TrunkSpace: Does that then play into future projects as far as writing and directing is concerned? Because you didn’t compromise on this one, does it put you in a place to fight for that kind of control on the next one?
Stewart: Yeah, absolutely. I think anytime you’re going to set out to do that, and if you’re going to write it and if you have a story 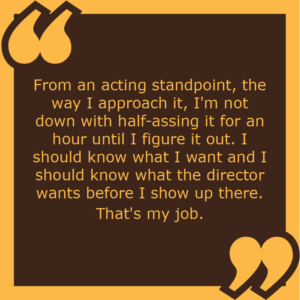 to tell, there shouldn’t be a compromise on it. The compromise to me comes from when there has to be an understanding that, okay, if I do want to do it my way and I do want to have creative control over it, the compromise is going to be more than likely on budget. Or in resources. So it’s just understanding how far back you can take that, what you can compromise in budget and in physical production to still get the story told and to have the ability to do it the way you want to do it.

TrunkSpace: With with that in mind, did what writer Josh wanted and what director Josh could achieve given budget and time constraints ever clash?
Stewart: Well yeah, but to be honest with you, I’ve been working as an actor for almost 15 years, and I’ve been on films as high as $250 million down to nothing, and the problems are always the same. It’s getting your day done. Obviously they’re on a different scale, but you still have to make your day. To stay under budget, or to stay on budget I should say, and to meet all the time requirements, you’ve got to make your days. So you have to understand going into it, “During the day I’m going to shoot this many scenes, and where can I compromise and where can I not? Where does the time need to be spent today and what can I just get through?” So, as long as you have that sort of idea in your head before the day starts, then it works out.

That fight is constantly going to happen, I don’t care if you’ve got $250,000 or $250 million. Obviously if you have $250 million, someone’s gonna be more apt to let you go over, but those movies that I’ve worked on with that amount of budget, those filmmakers are pretty steadfast in getting it done and turning the film in because they want to continue making movies for $250 million, so they don’t want to spend more than what the studio is giving them.

TrunkSpace: And we would have to imagine too, once you’re on set and you start shooting, it becomes more clear as to what can be trimmed in order to tell the store in the most streamlined way.
Stewart: Right, man. And look, every story, if the scene is not pertinent to the story and it doesn’t progress this story then it doesn’t need to be in the script and it doesn’t need to be shot. Obviously, being on set with some of the greatest filmmakers in the world, you learn that you don’t overshoot things. And I think that comes from people not knowing what they want or they’re trying to find it or figure it out on the day. And that’s just a recipe for disaster, whether you’re a producer, a director, an actor, or whatever the hell you are doing. I think if you know what you want you just go and do that. You don’t overshoot shit. That’s where you fall into traps.

TrunkSpace: From a performance standpoint, does it help you tap into a moment quicker if you know you are only going to get one or two chances at a take?
Stewart: Well, look man, yes, yes it does, but I think as an actor you have to approach everything that way. I don’t care if you’re working with David Fincher who’s going to give you 50 takes, or someone who’s going to give you two takes. Take one has got to be usable. From an acting standpoint, the way I approach it, I’m not down with half-assing it for an hour until I figure it out. I should know what I want and I should know what the director wants before I show up there. That’s my job. I’ve played sports and you don’t take a play off. So that’s just the way I’ve always been trained and always approached it from an acting standpoint. 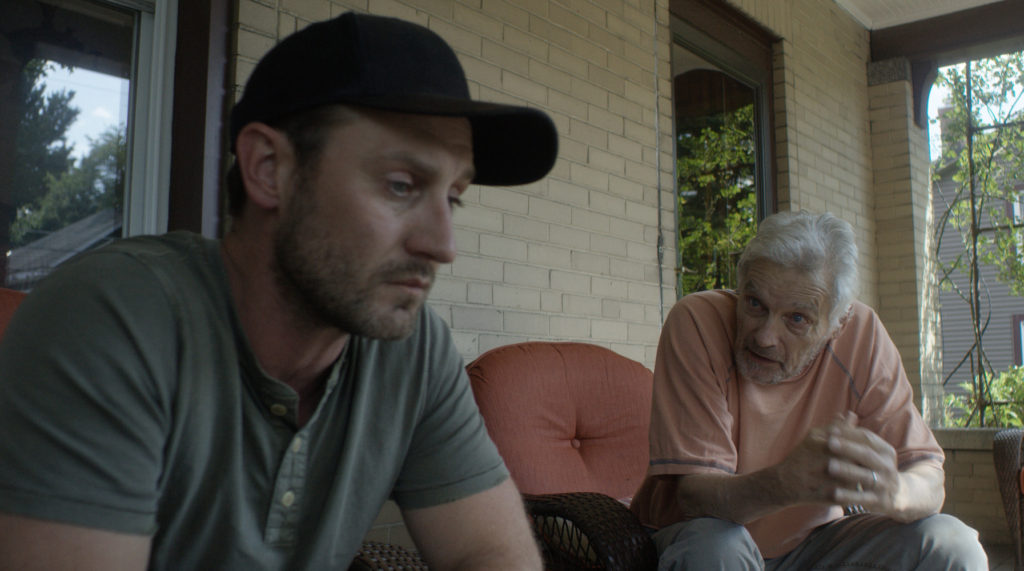 TrunkSpace: You’ve been involved in so many facets of the creation of “Back Fork.” With this part of it, the promotion of it all, is it easier and more meaningful to go out and talk about a project when so much of you is touching all stages of the production?
Stewart: Well, it definitely adds a different level of care, I guess I could say for sure. When you’re involved from every standpoint of it and having the control over it, then yeah, it just makes it easier to speak about it because I have been a part of it at every phase. From the writing, to the prep, or from writing, to getting the financing… to everything. So it definitely makes that easier and makes it more meaningful.

TrunkSpace: Your home state of West Virginia has been hit hard by the prescription drug epidemic. Do you think a film like “Back Fork” and art in general can shed light on problems like this in a way that journalism and documentary filmmaking can’t?
Stewart: Well, Pablo Picasso said, “Art is the lie that enables us to realize the truth.” So yeah, absolutely. I think it’s just another way to bring any sort of issue to the forefront of the conversation. It’s certainly a different way. And frankly, it’s the only way I know how to do it, you know? I just saw a story there, and that’s all I can do is go and tell the story and it’s out of my control at this point what people take from it. Of course we want everybody to respond to what we do artistically and what have you, but acting for almost 15 years, you learn that there’s really nothing you can do about it once it’s done. People are going to take from it what they’re going to take from it… good, bad, indifferent and everything in between. 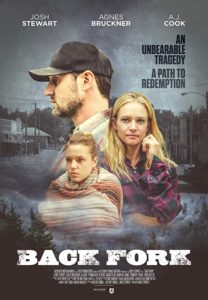 TrunkSpace: Well in a way, that’s what makes art beautiful, right? We could get something from the film and the person next to us could pull something different from it.
Stewart: Right, man. I mean, look, it’s no different than hanging a painting on the wall and asking a hundred people what they think about it. You’re going to get a hundred different opinions about it. And that’s why I’m also not a big fan of sitting and talking about themes and talking about what my process was because honestly it really doesn’t matter. What I had to do to tell the story is what I had to do, and what I take from it is not necessarily what you’re going to take from it, or your wife, or anybody else. So all I can do is go tell this story I want to tell and then sort of just let go of it.

TrunkSpace: Does being from West Virginia and knowing people who are impacted from the subject matter firsthand give you a unique perspective in telling the story more so than if a director from somewhere else, a West Virginia outsider, stepped in and told the same story?
Stewart: Yeah, absolutely. We write about what we know, correct? That’s what we do with, I think, inherently a feeling or just an understanding about the way life works on a day to day basis there and the way people think, the way they handle situations, the way they handle circumstance, the type of people they are. You’ve got a handle on that with regards to the people from your hometown, and the community, and the way they see things, and the way they do things, and the way they handle things, you know? So it does give someone a unique perspective when you can draw from that. There’s an authenticity with that that somebody, maybe, will not have or will not find not being from a specific area, region, or telling a story about something that they know so intimately.

“Back Fork” arrives in select theaters on April 5 and will be available on VOD April 9.