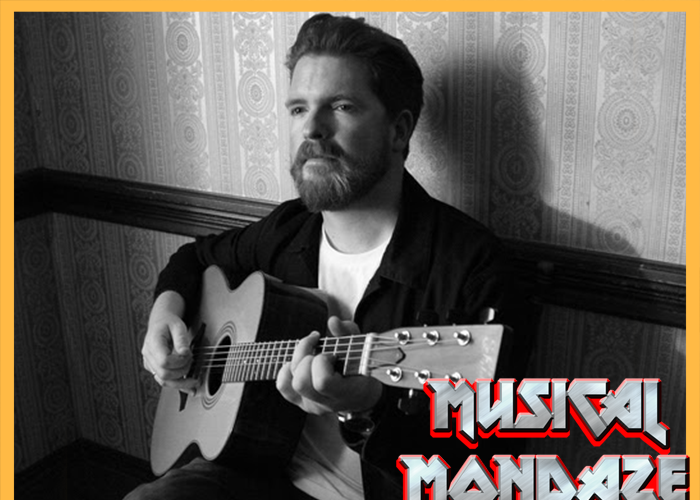 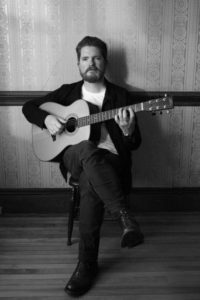 A self-described disciple of British Folk, John Smith’s latest album “Hummingbird” is a stirring mixture of originals and traditional folk songs, some of which date back to the 15th century. Discovering the genre when he was 16 years old, the UK-based singer-songwriter points to the album’s title track – a song that related everything that he had hoped to through his writing – as the glue that tied the collection together.

“Without that song I suspect my repertoire of folk interpretations would’ve remained untethered,” he said in an exclusive interview with TrunkSpace.

We recently sat down with Smith to discuss laying low creatively, rediscovering his pen, and why every musician should know their instrument.

TrunkSpace: In sitting down to listen to “Hummingbird,” what would someone learn about you through this particular collection of songs, both as a songwriter and as a human?
Smith: That I’m a disciple of British Folk and I enjoy a love song. All of these are love songs in one way or another. From the deep yearning that goes with unconditional surrender to a loved one, to the bloody revenge exacted by scorned lovers.

TrunkSpace: You finished up “Hummingbird” last year. Are you someone who has to take a break from writing after calling wrap on an album to refuel the creative tank, or is there already a future album in the works?
Smith: I tend to lie low for a few months, creatively speaking. There is a lot to be said for taking a breather. However, with an album release you go on tour for at least a solid year, so there’s not an awful lot of time to really concentrate on writing. This time, a few months in to the release, I’m beginning to rediscover my pen. Songs are happening. I’d like to make another record before too long.

TrunkSpace: You’ve been gigging out since you 14 years old. What would 14-year-old John think about the music you are writing and performing today and would he be surprised by where your musical path has lead you thus far? 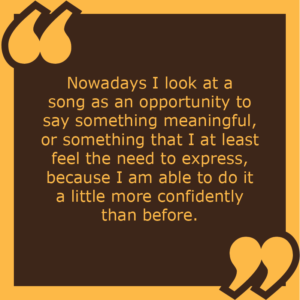 Smith: I think 14 year-old John would be glad to know that he won’t be a paperboy forever. I was around 16 when I discovered folk music so perhaps my much younger self would be a little vexed at the lack of shredding in my life. At least he could look forward to owning some nice guitars one day.

TrunkSpace: What are you most proud of with “Hummingbird” and how it all came together in the end?
Smith: The title track means a great deal to me. I managed to say what I wanted to in a song, which is harder than you might think. It was the glue that bound the whole collection. Without that song I suspect my repertoire of folk interpretations would’ve remained untethered.

TrunkSpace: You took a lesson from songwriter/producer Joe Henry that the decisions that we make in our careers and life lead us to where we are at any given point. We could have zigged instead of zagged and ended up in a very different place than we’re in right now. How has that life lesson impacted your creative POV and your writing as a whole?
Smith: It has taught me to trust in my writing process and to follow my gut. I have learned to say “No” to people and things, but more importantly, to myself. I trust myself a lot more than I used to. It’s so easy to want to tick every box, to please everyone around you, but it’s not possible. Nowadays I look at a song as an opportunity to say something meaningful, or something that I at least feel the need to express, because I am able to do it a little more confidently than before. Writing a song and being happy with it is definitely a good time.

TrunkSpace: Where are you hardest on yourself as an artist?
Smith: I’m hard on myself in every aspect. If I’m not, I grow lazy. That said, I’m particularly tough on myself when it comes to my playing. I work hard at it. If people are going to pay good money to watch someone play, then I believe the musician had better know their instrument and treat the audience with respect. 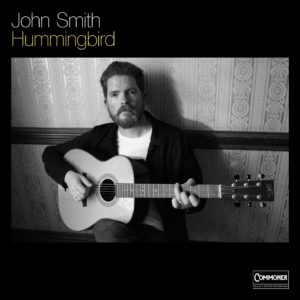 TrunkSpace: We love great music, but within great music we are particularly drawn to great lyrical snippets that help paint a narrative. What is a favorite line of yours that you have written in your career and why does it stand out to you?
Smith: I don’t know really. There’s a line in “Hummingbird” I quite like.

I hope that one or two listeners will know what I’m talking about.

TrunkSpace: Are albums a bit like chapters of your life? Does it start to feel like, “These are my ‘Hummingbird’ years and those were my ‘Great Lakes’ years?”
Smith: Absolutely. All the house moves, romances, moments of flushness and destitution, they all hang around album releases. “Great Lakes” marks a pivotal time in my life. I went from obscurity to being someone who gets played on the radio. “Hummingbird” has been good to me so far – I’ve played around a hundred shows since the album was launched in Europe. I’m really looking forward to the next chapter!

TrunkSpace: Where and when are you the most creatively inspired?
Smith: Inspiration continues to be the least predictable thing in a life of surprises. If a song falls out of the sky with its eye on my notebook, it doesn’t matter where I’m sat, if I’m relaxed or out my mind with stress. It just comes out of nowhere and I have to try and catch it.

TrunkSpace: Time machine question. If you could jump ahead 10 years and get a glimpse of what your career looks like a decade from now, would you take that journey? If not, why?
Smith: I would. It might help me resist the urge to buy the Neon Stratocaster that I know will alter my world forever.