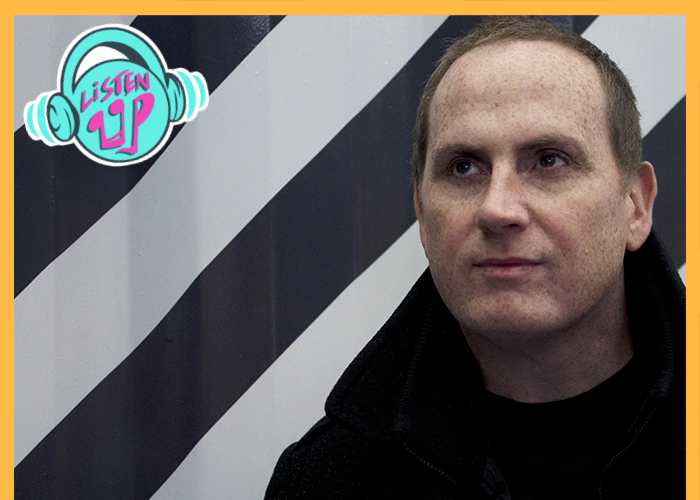 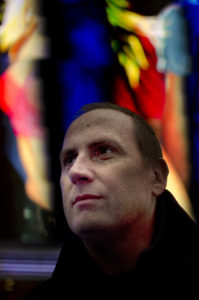 From the pop-punk band The Fiendz in the late ‘80s to the power-pop quartet The Rosenbergs more than a decade later, Joe Darone has been deep in the trenches of the music scene since the age of 15, a number that is a common thread when looking at his musical career in 2020. He’s now 15 years into his solo project, Suit of Lights, and prepared to release his fifth album, Hide and Seek, this Friday. And with so much writing and recording under his belt, he’s not taking any of it for granted, especially this year.

“On the one hand, the pandemic added another layer of chaos into the mix but at the same time, it gave me some perspective,” he said in an exclusive interview with TrunkSpace. “How can I stress out over a vinyl pressing when 800,000 people have died?”

We recently sat down with Darone to discuss nurturing the unexpected, creating an album of games, and why he may be sitting down with the latest Lemon Twigs album right now.

TrunkSpace: You’re now 15 years into your Suit of Lights journey. Has your creative point of view changed with the project from when you started it in 2005 to where you are now in 2020? Do you view the project differently than you did when it began?
Darone: From the get-go I let the listener know that they can expect the unexpected. My favorite artists have a range of moods and styles, so it never gets boring.

TrunkSpace: No one is closer to the Suit of Lights music than you are. Sonically, what do YOU hear as the biggest differences between your self-titled debut and your latest release, Hide and Seek?
Darone: The new album is a bit lighter thematically, which definitely translated to the music. The arrangements are a bit more complex and playful. I leaned heavily into the 60s pop influence, it’s even a little psychedelic at times. I played a lot more on keys than any of the previous albums.

TrunkSpace: People can change a lot in 15 years. Lyrically, are you writing about different subject matters now than you were when you first 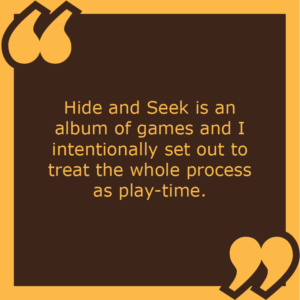 started the project? Do you feel like your approach to sharing what you have to say has changed at all?
Darone: Well, the first album was pretty dark, sort of a meditation on death. My father had passed away and I wrote “Goodbye Silk City,” which became the first finished song and kinda set the tone for the album. In contrast, Hide and Seek is an album of games and I intentionally set out to treat the whole process as play-time.

TrunkSpace: We love a good lyric here at TrunkSpace. What’s a favorite of yours from Hide and Seek and why are you proud of that particular snippet?
Darone: The title track is about the nature of existence, which reflects my personal philosophy. The lyrics go: “The Great Pretender thinks he’s you and I. And all the creatures in the sea and sky. In this way, he sets out for an adventure. The joyous, frightening and terrible. Know that these are only dreams. A fantasy and fiction. A child’s play of heroes in action. And when he wakes up they disappear. Playing hide and seek forever and ever.”

TrunkSpace: The album is due to drop August 28. What kind of emotions do you juggle with when releasing new material to the masses, and is the experience different this time around given that the entire world, essentially, has ground to a halt?
Darone: A normal release involves a bunch of moving parts and it’s bit of work. On the one hand, the pandemic added another layer of chaos into the mix but at the same time, it gave me some perspective. How can I stress out over a vinyl pressing when 800,000 people have died?

TrunkSpace: Normally you would tour to support a new release, but that is not something that is possible in every state right now. How has promoting the upcoming album changed? How do you get the word out when people can’t get out themselves?
Darone: I guess it was around April, we were discussing the prospect of a release date and campaign for the album. I definitely wanted it out this year, since the last album came out four years ago. So we’re just hoping for the best! So far it’s being covered pretty well in both online and print magazines. It’s also being serviced to College Radio. 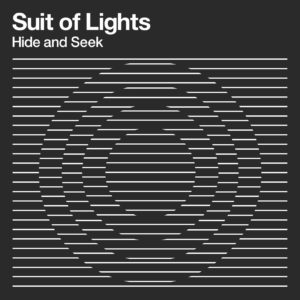 TrunkSpace: If someone sat down to listen to Hide and Seek front to back, what would they learn about you both as an artist and as a person?
Darone: That’s actually my ideal scenario, ‘cuz I’m an album guy. I like to sit down in front of a turntable, and read along with the lyrics. The Lemon Twigs just released a new album, and I can’t wait to sit down with that. Anyway, to answer your question – I think you’ll get a really good sense of my musical taste, personal philosophy, and sense of adventure.

TrunkSpace: What are you most proud of with the album?
Darone: I’m proud of the fact that I’m still here, still sticking to my guns, still taking chances.

TrunkSpace: You’ve been involved in music for a long time now. Knowing what you know now, what advice would you give young Joe who was first starting out as a musician if you could whisper into his ear?
Darone: I’d tell him to take piano and voice lessons.

TrunkSpace: Time machine question. If you could jump ahead 10 years and get a glimpse of what your career looks like a decade from now, would you take that journey? If not, why?
Darone: No. I’m actually fascinated by time travel, but I think seeing my own future would create all sorts of problems. You can set out to change an event in time and wind up causing it.

Hide and Seek is available this Friday.