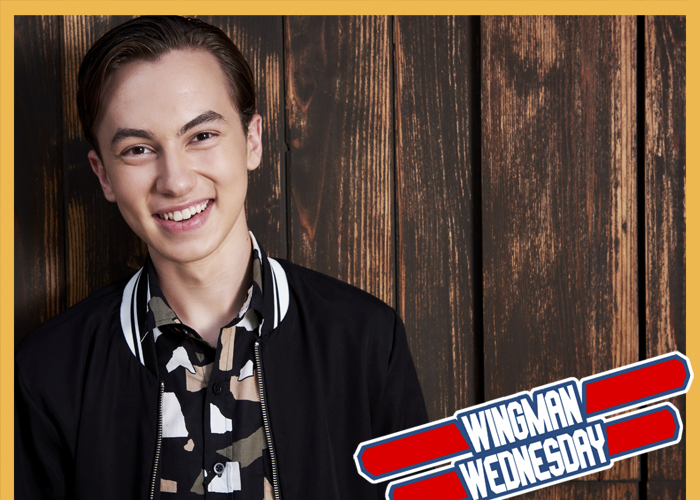 After five seasons of heartwarming storytelling, the beloved family drama series “The Fosters” is saying good-bye to fans with a three-day season finale event, which continues tonight on Freeform. Star Hayden Byerly, who plays Jude Adams Foster, grew up on the show alongside of his character and is both excited for what the future holds, but appreciative for what came before – namely, the family and fans that supported him throughout his “The Fosters” journey.

We recently sat down with Byerly to discuss the wonderful surprises that the series brought into his life, why he feels he never fully understood Jude, and how his ideal career involves working nonstop.

TrunkSpace: Is saying good-bye to “The Fosters” a bit of a mixed bag, as in, you’re excited for the future and the next chapter of your life, but at the same time, sad to see this chapter close?
Byerly: Of course. As to be expected. It’s always one of the bittersweet moments of life – moving forward and hoping for the best and wondering what the future holds, but making sure to remember and being appreciative of the past.

TrunkSpace: You have to say good-bye to your on-set family, but does it also feel like you’re saying good-bye to the fans as well?
Byerly: I would say in a way. I know for a fact that “The Fosters” fans, the people who have been so supportive of the show from the start, is such a great community. They are very kind people who have really made a change in the world and made a difference and allowed this show to continue for so long. I think it is definitely a goodbye in a way, but I can only hope that “The Fosters” fans see not only me, but everyone else in the cast moving forward in our careers and continue to support us in many other things that exist in the world.

TrunkSpace: One of the things that we noticed was just how positive and supportive “The Fosters” fan base is. Was it a surprise to see how 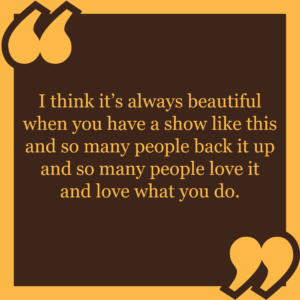 invested they became?
Byerly: It was. I was certainly taken aback, especially at a young age for so much positivity – not only that they were super interactive but people were so supportive as well. It was definitely surprising but in a wonderful way. I think it’s always beautiful when you have a show like this and so many people back it up and so many people love it and love what you do. It feels good to have that and it makes you happy to know that you’re doing something that changes the lives of so many people in such a great way.

TrunkSpace: You shot over 100 episodes as Jude. What was that long-term character journey like for you, especially not having spent that much time with a character before?
Byerly: It’s pretty remarkable because the interesting thing about it is that Jude and myself grew up together. I started the show when I was about 11 or 12 years old, as Jude was about the same age, and so he was learning a lot of things in life and growing up and going through a lot of the things that I had gone through or was also going through. And there was also many differences between the two of us. He was living a life that was very different from mine. A lot of the challenges he faced and that he had to overcome I personally did not. I was not only growing up and living my own life and trying to understand who I was, I was also going through all the trials and tribulations of Jude and all the things that he had to explore and understand about himself.

It was really wild. I never felt like I fully understood Jude because he was always growing and learning and that was something that I loved. I felt as though I was learning with him and that we were together on this ride to figure out who he was and these final three are a little… there’s a time jump, so Jude’s older. He’s got some more stuff figured out, but of course we all have pinnacle moments in our lives in which something else goes wrong or there’s a bump in the road and so Jude is still going through his own things in life – his own problems. It’s remarkable that even five years later he’s going through things that I won’t go through and that I won’t have to worry about. I’m very lucky and fortunate to live two lives and two kids who are so different.

TrunkSpace: Does it keep it fresh for you as an actor to show up and find Jude on a new path? Does that continuous growth in the character make your own journey with him more exciting?
Byerly: I feel like no actor can ever say that they fully know the character that they are, in my personal opinion. I think that there’s always so many things to learn and to understand about someone, because we are the same way. I know myself better than anyone else on this planet knows me and there’s still a lot of things that I don’t know about myself. There’s a lot of things that I question or have to figure out, and so for someone to say they completely understand a character, I don’t think that’s a possibility because we are constantly growing and changing, just as these characters are.

TrunkSpace: After spending so much time and headspace with Jude, are you in a position within your own personal journey as an actor to sign on and play another character for that long? Is that something you’d be interested in coming off “The Fosters” at this stage in your career or are you more interested in going out and trying on as many new skins as possible?
Byerly: I think all of it. I would love to do everything. I would love to spend another 100 episodes as someone else. I would love to spend a couple months, a couple years, a few moments. I think that’s the beautiful thing about this industry is that you can be so many different people in such a long or short amount of time. You can choose to really dive and divulge in a particular person as little or as much as you’d like. You can walk onto the set of a commercial and just be some suburban white kid with an adopted family and just wander around driving trucks or something, and you don’t even have a name. And then you can walk on a show and spend 100 episodes being a young foster kid and going through someone else’s entire life story. There are so many things you can do and experience in this world and I think that’s the beautiful part is that I’m fortunate and lucky enough to understand and live the lives of many people.

TrunkSpace: The future holds so many question marks for everybody, but if you could pave your own path and write your own way, what would it look like? What’s the ideal career moving forward?
Byerly: I think the ideal career moving forward for me would be getting to continue to work nonstop. That’s the one thing I love. That’s the one thing I’m passionate about, is being on set. Everything else falls into place in life when you get to do what you love and when you’re passionate about what you do. And I don’t really have a particular set thing I want to do. I would love to knock it all out. I would love to do a huge movie, move onto another show. I did some motion capture for a video game a long time ago. I’d love to do more animated things. I’d love to do everything because it’s all so different and it’s all so incredible. I’ve got a hunger to do everything. I’ve got a drive to do it all.

The industry is constantly changing and evolving and if you don’t adapt and keep up with it you’re going to fall behind, so making sure that you stay up to date and try as hard as you can and continue to push and give 100 percent is the most important thing. I talked to my dialogue coach, who is a wonderful actor and was on “The Fosters” for a long time as the dialogue coach. I value him immensely as a person and as a friend and he was talking to me a lot about a couple of different auditions and he always helps me and he was saying that it’s a competitive industry and you can’t just walk around expecting anything to be yours. No one can ever expect something to be for you. Even if you’re the perfect fit for a character, even if a character is written for you, you still have to try as if it wasn’t. You still have to give it so much effort and care and attention and that’s what determines a good actor from a great actor is that it’s someone who never stops – it’s someone who always puts in more work than seems necessary to do better.