have you seen my fancy pony 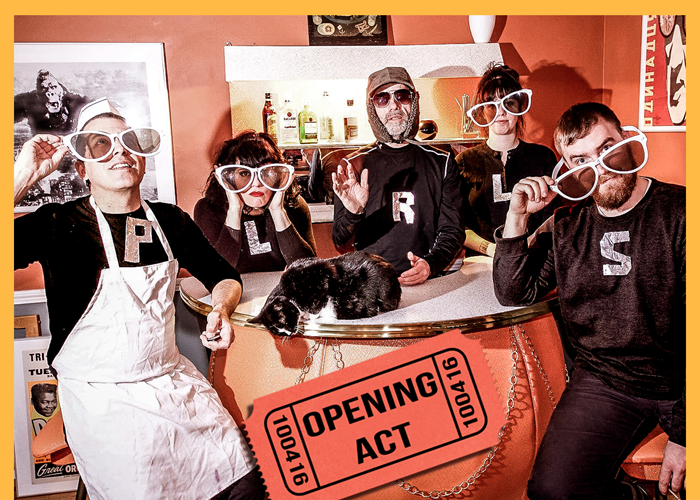 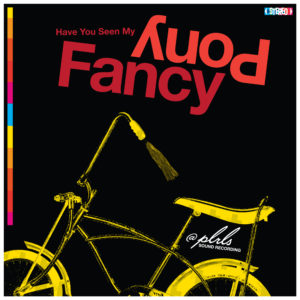 Latest Album/Release: Have You Seen My Fancy Pony

Influences: Everything + Pixies, Wire, Gang of Four, X, The Fall, Diet Penis, B-52’s
Waaaay too many to list. So much is amazing.

TrunkSpace: How would you describe your music?
PLRLS: We are like the slightly warped record that you find in the used LP bin and decided to give it a go because it sounded kinda new wavey and post-punk. It was only a dollar after all.

TrunkSpace: How often do you have to correct people because they’re pronouncing the name wrong?
PLRLS: The problem we encounter most often is spelling. We started as PLuRaLS but dropped the vowels to save time. Apparently some folks have extra time to spare and still include the vowels. There is a concern that our band name may cause low level anxiety.

TrunkSpace: Your new album “Have You Seen My Fancy Pony” is available on vinyl. Be honest… is a vinyl version of your own music the ultimate achievement in a musical keepsake? It must be such a great feeling to physically hold it and go, “I made this!”
PLRLS: Yes! Vinyl is just so pretty in sound and aesthetics. It takes a real commitment to have it produced and for some, to own it. It requires more attention than other formats (reel tape excluded). Also, our new record is still at the pressing plant and will be available soon. Cassette, CD and digital were released first.

TrunkSpace: “Have You Seen My Fancy Pony” is one of our favorite album titles of all time. Given it’s greatness, we’d have to imagine that there were some equally as great alternative titles in the running. Can 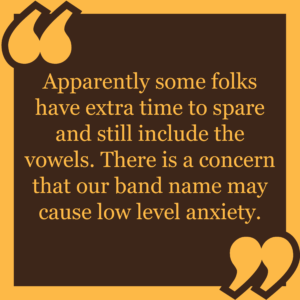 you share them with us?
PLRLS: Thank you! I think we picked the best one. In the running were several: Brenda’s Silence; The Gaydar Incident; Dabblers in the Mist; Punching the Infirmed; Pallbearers Night Out, Stuffed Crust Mafia. You get the idea.

TrunkSpace: Your music feels like a disco dance party at a punk rock club. Did you set out to create a unique hybrid sound or did it just happen naturally as a blend of your various tastes?
PLRLS: That sounds about right. It’s mostly by accident rather than a strict design however. We all have pretty eclectic tastes, but there’s a lot of random crosstalk between the five of us and that’s how we end up sounding like we do.

TrunkSpace: What is the PLRLS songwriting process like? How do the songs come together?
PLRLS: It’s mostly collaborative. Usually one of us has a little piece of a melody or an entire part and a sort of musical pile-on occurs. Oftentimes wigs are involved as well.

TrunkSpace: What is the average amount of time that it takes for a PLRLS song to go from conception to completion?
PLRLS: Usually three to four rehearsals. If we are sitting on a song idea for too long, it gets euthanized since it seems like it’s not really getting on its feet.

TrunkSpace: It’s often said that it’s not the destination, it’s the journey. That being said, what do you hope the destination is for the band? Where would you like to see the journey take you?
PLRLS: To the center of the earth or the toppermost of the poppermost… whichever is easiest.

TrunkSpace: The internet has made it easier to find fans, but, is it easier to make fans? With every band on the web in some form, how do you attract people and bring them over to the PLRLS team?
PLRLS: Admittedly, we are not the most web savvy band out there, but we do the Facebook/social media thing where appropriate and employ green screen propagandist tactics.

TrunkSpace: What is the biggest lesson you’ve had to learn the hard way and would share with young bands starting out today?
PLRLS: Don’t waste time and tour as much as possible. Also, figure out how many drinks you can have and still play a good set. Or don’t drink at all!

TrunkSpace: What are your thoughts on mainstream music in 2017 and do you think rock as a genre will have its day in the sun again?
PLRLS: Rock hasn’t really gone anywhere, it’s just fragmented into a million little sub-genres, a lot of which have enormous scenes and just take some slight digging to find (further than what’s being presented by the mainstream).

TrunkSpace: What can fans expect from PLRLS in the second half of 2017 and beyond?
PLRLS: Fancy Pony vinyl is due in the summer so we will have a 2nd release show for that featuring, if all goes as planned, water acrobatics! We hope to visit our southern neighbors as well and to generally get out there a bit more to hawk/hock our wares.