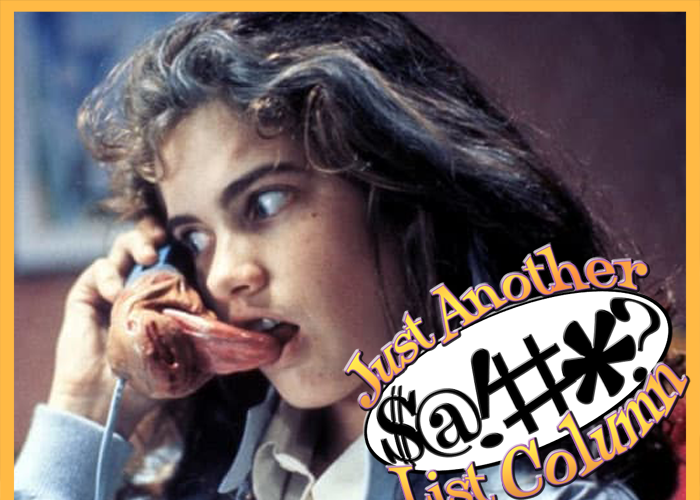 This time out we’re getting our parents’ permission, picking up the receiver, and dialing from our rotary phone for…

THE TOP FIVE MOST RIDICULOUS 900 LINES OF THE PAST

That’s right you little Hulkamaniacs, long before he was a reality star-turned TMZ headline, Hulk Hogan was landing atomic leg drops on the ears of America, much to the chagrin of parents forced to pay the charges. Sure, Macho Man had Slim Jims, but the Hulk had pre-recorded messages that surely told kids everywhere to eat their vitamins. (We’re pretty sure we skipped them for Slim Jims though.)

Why a murderous madman who haunts the dreams of teenagers would somehow transition into our reality and open a 900 line for a “special get together” is beyond us, but here’s the really real world truth – we actually called it way back in the day, and we’re sad to say, we were not selected at random to talk to Freddy live. Pleasant nightmares indeed!

Another Freddie to make the list, Freddie Freak was, well, apparently a party freak who liked to get his freak on with strangers in a totally pre-recorded way. And for only a freakish $2.00 a call, you could get really freaked out by this freaky voice and then hang up. Honestly, the jingle in the commercial was the only thing of value Freddie Freak every did in his freakish life.

A commercial with more sexual innuendos than actual substance, this Warrant hotline was apparently HOT. The only problem is, it gets really creepy when you tell listeners they are going to get the “warm, HARD facts on” your personal lives and that your fans “always COME first”, only to then suggest that kids get their permission before calling. ICK!

1-900-909-4300
Sure, this Junior Vampires of America club MAY have made sense had it been around in the 60s when “The Munsters” was actually on the air, but why in double hockey sticks Hell was it started in the 80s when Grandpa Munster was more like Great Grandpa Munster? And no, Grandpa, we do not want to hear about all of your monster friends! We think we’d rather dial Warrant and then take a long shower.