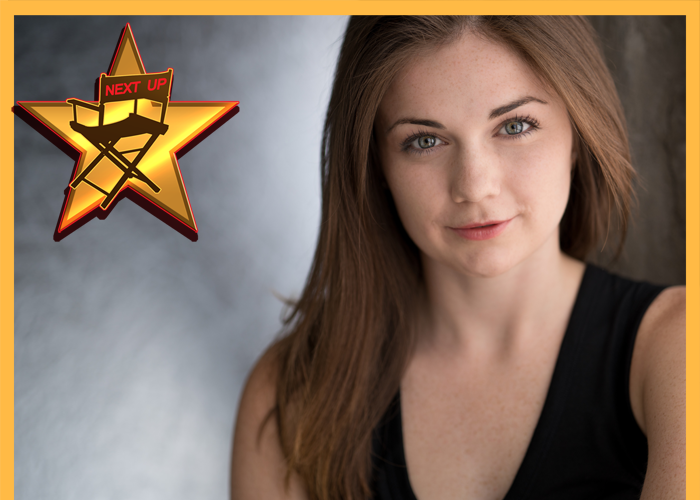 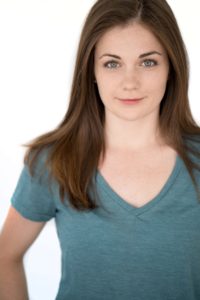 TrunkSpace: When did you know that you wanted to act for a living?
Rehorn: As a kid, my best friend and I spent hours in my upstairs bedroom playing a game called “imagination.” We created an entire world of fictional characters and acted out their lives with different plots and relationships. It was basically a very long, weirdly well-developed improv. Looking back, I think this game of imagination is where it began. However, I decided to pursue acting as a career after completing an acting for film workshop in Los Angeles. I fell in love with acting for the camera and the subtly and honesty it requires.

TrunkSpace: Was there a particular performance or actor/actress from your childhood that you remember being drawn to and inspired by?
Rehorn: The first actress that comes to mind in Sandra Bullock. I remember watching her films over and over until I knew every line. She is hilarious and beautiful, but so relatable! She has the ability to make you laugh and cry in the same moment. That unique balance of comedy and vulnerability is something I strive for as an actress!

TrunkSpace: How did you decide to approach your career as an actor? Did you formulate a plan of how you wanted to attack what is known for being a hard industry to crack?
Rehorn: I moved to Los Angeles with little experience outside a few drama classes and one triumphant run as Liesl in “The Sound of Music” in the ninth grade. I had a lot of catching up to do. I quickly got into the best classes possible for me and worked on developing my craft. I also focused on gaining experience by acting in small projects and working as a production assistant to help me understand how things work 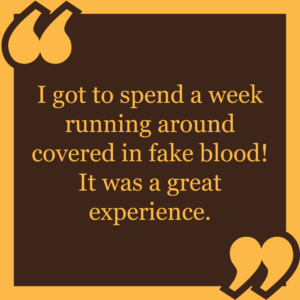 on set. I think this strong foundation will help me feel confident and prepared as I take the next steps in my career.

TrunkSpace: When did you decide to move away from your home and pursue acting as a career? How old were you at the time?
Rehorn: I decided to move to Los Angeles after I graduated from college at age 21. I was considering going to graduate school to become a lawyer or a psychologist. If it was not for the overwhelming support I received from my family and friends, I would have never had the courage to move to LA and pursue acting.

TrunkSpace: Was that move an easy transition for you initially? How long did it take you to feel at home and find a good support group of friends and peers?
Rehorn: I expected the move to LA to be an easy transition for me. I have traveled a lot in my life and I felt confident. I hate to admit it, but nothing could have prepared me for a move from Kansas to Los Angeles. I used to cry every time I got in my car because driving in Hollywood was so stressful! I have been here six months now, and I am starting to feel at home. I am lucky to have two amazing roommates and a wonderful, supportive acting class. I am now an excellent city driver.

TrunkSpace: What has been your biggest break in terms of a particular role or project thus far?
Rehorn: I just finished an episode of a crime recreation show on Investigation Discovery. It will be my first appearance on TV. I got to spend a week running around covered in fake blood! It was a great experience.

TrunkSpace: Is there a specific type of role you’d like to take on or a specific genre that you feel more at home in?
Rehorn: That is a tough question because I love so many genres! I have always dreamed of being in a teen horror flick or an awesome action movie. However, I feel most at home in comedy. I would love to do something comedic, but with great honesty and heart! 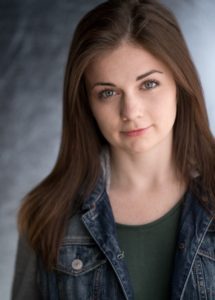 TrunkSpace: What would you say is the greatest strength an actor/actress can have outside of acting ability itself?
Rehorn: Openness! It is so important to be open and present in your everyday life and have the ability to connect with people. I have always been a bit guarded, so I am currently working on being vulnerable enough to truly live in the moment. This helps you bring truthfulness and real emotion to your work.

TrunkSpace: What is your ultimate dream when it comes to your acting career? Where would you like your path to lead?
Rehorn: Believe it or not, I don’t want to become rich and famous. I chose acting as a career. My dream is to be able to support myself doing the thing I love most in the world. If I can do that, and be involved in some projects I am passionate about along the way, that would be a success in my book!

TrunkSpace: What advice would you give another young aspiring actor/actress who is considering moving away from home to pursue their dream?
Rehorn: It takes a lot of courage to move away from home to pursue a dream that feels so unattainable. However, in my experience, there will always people saying, “You can’t do it,” no matter what you decide to do with your life! When you experience overwhelming self-doubt (and you will experience overwhelming self-doubt), just remember that you bring something unique and special to the table. Have confidence in the fact that you are the only person in the world who can be you! Combine that confidence with a LOT of hard work and, in my humble opinion, you will be just fine.

TrunkSpace: Where can people (and casting directors) learn more about you?
Rehorn: You can learn all you need to know by visiting my website: www.gracerehorn.com. To get a glimpse of my day-to-day, follow me on Instagram (@gracerehorn)!