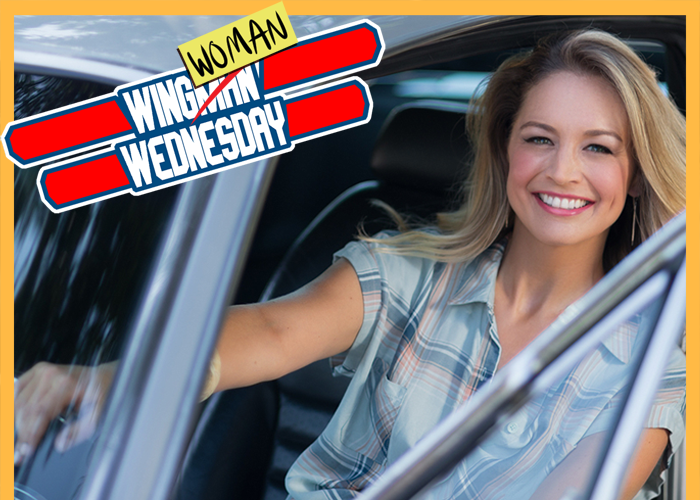 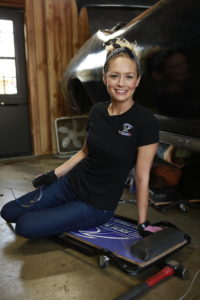 Heather Storm has mastered the art of hosting a television series. Her natural ability to engage and entertain the viewer while simultaneously serving as a shoulder of support for those sharing their story on screen is the connective tissue that links the audience to Velocity’s popular series “Garage Squad.” For three years the Montana native has been traveling to Chicago, crashing garages to help repair and restore classic hot rods. Tonight she and her fix-em-up costars are back to kick off the latest season.

We recently sat down with Storm to discuss career diversity, what makes a successful host, and discovering the people of the Midwest.

TrunkSpace: One of the things that we have noticed in looking over your career is that the jobs you have taken on are so diverse. Have you actively worked to not be pigeonholed into any particular type of on-screen role?
Storm: Yeah. Actually it is by design. I really have varied interests and despite being told that I should pick a niche, I like to get out there and explore and learn about as many things as I can. I just said, “No, I don’t really want to. I want to keep learning about all the different things that I have opportunities to learn about and participate in.” So I just kind of take it and do what comes to me. I didn’t want to be pigeonholed because I just felt that there’s so much out there in the world to learn about and know about and experience.

TrunkSpace: And that’s the beauty of being human that gets lost on a lot of people… we have the ability to continue to learn and explore new things.
Storm: Absolutely. That’s what keeps us interesting. That’s what makes it fun.

I’m just someone who always wants to learn things constantly, so once I have an interest in something, I always kind of take it a 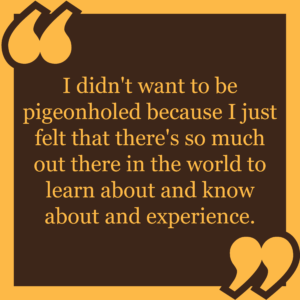 little further… to the next level. “Maybe I’ll get certified in this. This is cool.” I take it a step further than a hobby.

TrunkSpace: So was hosting always a part of the game plan for you or did it come about more through a serendipitous channel?
Storm: Well, I moved to Los Angeles to be involved in the entertainment industry, so hosting was a part of that, and in my world I really thought that was a good way for me to showcase things that I already knew about and could get out there, as opposed to the TV world or theatrical world.

TrunkSpace: When you’re going into an audition and presenting yourself as yourself, does that make the rejection aspect of the process harder?
Storm: It can, but I have pretty thick skin, which is why I can work in a garage with a bunch of guys. (Laughter)

I think that you just have to not take anything personal. I think that’s good advice in general, not just within the entertainment industry. Usually it’s not personal, it’s not about you, so just do your best and move on to the next thing.

TrunkSpace: What does a hosting audition look like exactly? Are there sides?
Storm: Well, the audition process for hosting is very similar to the other ones, the sides are just different. A lot of times you do have sides that they want you to prepare and then a lot of times there’s a lot of improv too because they want to see your personality and often copy can stifle a personality a little bit. Making it your own can feel very difficult, especially when you first start out because you’re really stuck on the words and your brain can’t think for itself. There’s nervousness usually for many people involved, regardless of what it is because you are gonna get in a room with people and you are gonna be judged and you are gonna have to remember things and all of the things that come with the pressure of performing in general are there. But then again, you get to be yourself. I don’t have to be worried about being in character or if I lose the character or get distracted, I can just be myself so there’s some freedom in that.

TrunkSpace: What makes for a successful host?
Storm: I think that anyone can just talk, but I think what makes the host successful is connecting with the audience and with the people that they’re speaking to on camera, like in the case of “Garage Squad” where we have a lot of the owners working in the garage with us. We have to talk to them about stuff and sometimes it’s personal. Sometimes it’s painful. You have to be delicate and aware of the emotions of the situation as well. 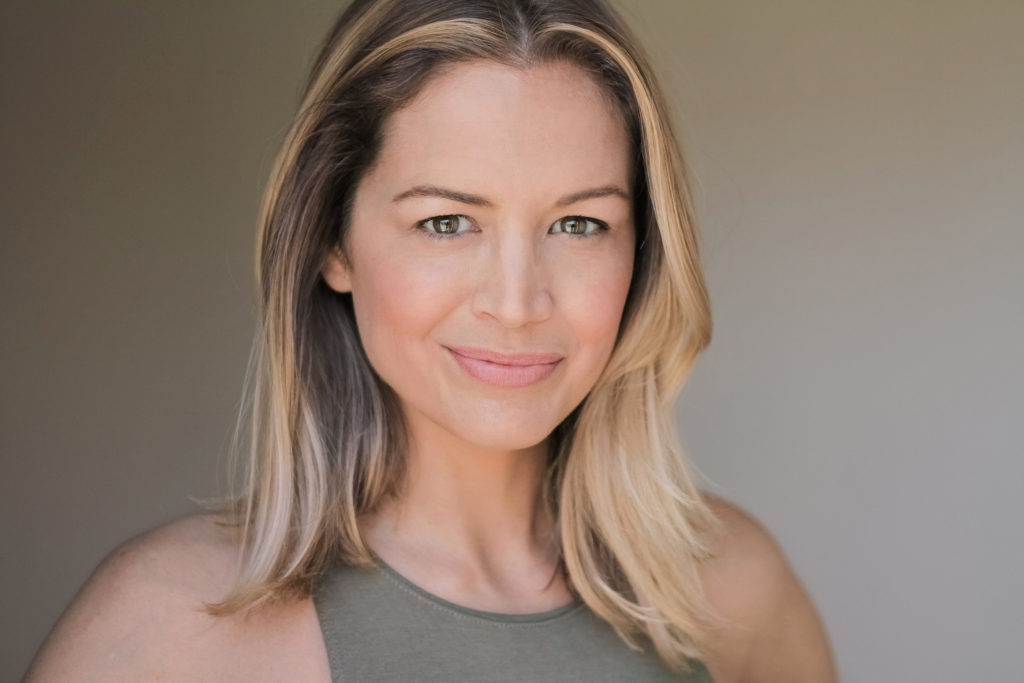 TrunkSpace: One of the things that we would imagine makes your job easier is having a great connection with your co-stars as well?
Storm: Absolutely. You’re very right. It’s really important to have camaraderie with the co-stars. We have a lot of fun and just keep it that way. A lot of people comment and say, “You guys have great chemistry in the garage.” We joke around a lot. We just keep it light. We’re having a good time in there, working on a project and there’s something that feels good about the teamwork of completing project after project together. We have built this trust in each other over time too and that’s important.

TrunkSpace: What’s great about “Garage Squad” in particular is that there is that project focus you mentioned, so there is a clear beginning, middle, and end to the story you’re telling.
Storm: Yes. I’m a project kinda girl. I need to know what we’re doing and what’s the plan and then I can help move it along. I know what my job is and I can go step-by-step and get it done. It feels good to accomplish something like that. It feels good to finish a project. Cars are huge projects.

TrunkSpace: Absolutely, and you pull it all off in a very short period of time, which is a feat in and of itself.
Storm: I’m impressed every day with ourselves. “Wow! We’re doing really good here! This is impressive!” (Laughter)

TrunkSpace: How has “Garage Squad” changed your life beyond career alone?
Storm: You ask a very good question. This show has been very impactful on my life. This is my third season working on it now that we’re about to wrap up and as you may or may not know, I spend almost half of the year in Chicago filming this show. I really have taken the opportunity during these shows we’re filming to really understand the Midwest more. I have never spent a lot of time in the Midwest. I had never been in Chicago before.

I had taken some time after we got done and wandered into a small town of 3,000 people. I ended up going to this wine bar. There’s only 3,000 people. The fact that there was a wine bar at all, I was shocked. There was one review on Yelp, since it’s a really small town, and it said that they had local Illinois wines only. I didn’t even know Illinois made wines. I went in there and started talking to the lady and she was super nice and there was a patron in there that recognized me from the show. I ended up staying there for like four hours and they closed the place down and ordered pizza and we were drinking all the wine in there and having a great time. Experiences like that have really affected to me. I went in just learning about their culture and what they have going on here in their town and just having a great time and getting to know each other and sharing different perspectives on life. I think that’s really what it’s about.

The season 4 premiere of “Garage Squad” begins tonight at 10PM ET/PT on Velocity.