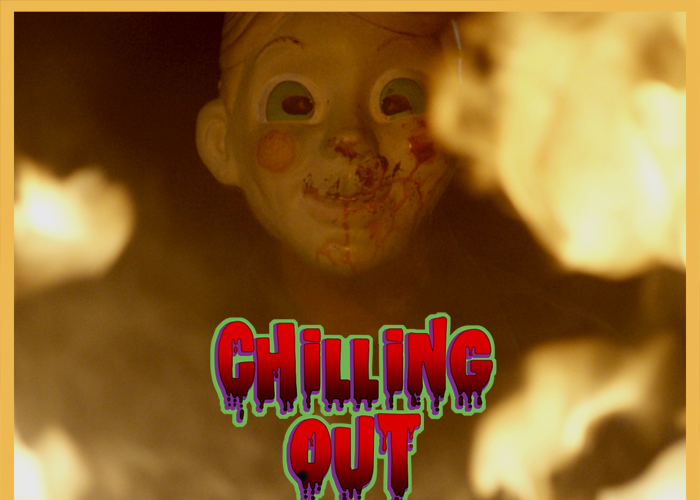 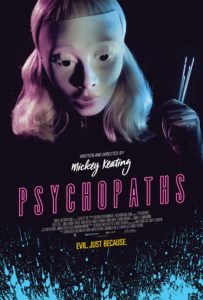 Chilling Out is where TrunkSpace talks all things horror and genre with those who work in the projects that give us the thrills and chills to keep coming back for more. This time out we’re chatting with Mickey Keating, writer and director of the new film “Psychopaths,” which is set to arrive on digital home entertainment January 2.

We recently sat down with Keating to discuss the “Psychopaths” gestation period, how his experience shooting it differed from his previous films, and why he hopes his work sits in your head longer than you sit in the theater.

TrunkSpace: What has the “Psychopaths” journey been like for you? Was the film gestating in your mind for a long time prior to being put on paper and ultimately into production?
Keating: Oh yeah. I wrote the first draft of the script a long time ago. It was totally different. And then the script came together right after we wrapped my third film. I was down in Florida, and I just had this idea, and so I started writing. So it’s been in my life for about, probably, three or so years now. We shot the movie really quickly, but then we edited for almost a year, which was really an exciting exercise and a totally different experience. And now, it’s kind of like shoving the baby bird out of the nest. As soon as it comes out into the world officially, I’ll have empty nest syndrome and start panicking.

TrunkSpace: You mentioned that the original draft of the script was totally different than what it is now. Are you happy that original version didn’t become your shooting script and that you had time to let the story breathe and develop further?
Keating: Absolutely. That’s always the process with all of my films, in some way. From an outside perspective it makes it seem like I make films really quickly, but the reality of it is that typically these movies are kind of… I’m hoping and praying to get them out into the world and to be able to make them. They’re really all slow builds. And so, yes, I’m very, very thankful that there’s always a barrier because first drafts of scripts are typically never great.

TrunkSpace: In a lot of ways they’re kind of mind dumps, right? It takes time and sometimes separation from the material to see where it needs to be improved upon.
Keating: Totally. I think there needs to be a long time to develop. And now, with my new films that I’m working on, I’ve taken it even further in terms of preparation. I’ve started cutting full-on animatics so now we can actually watch the entire films before they’re even made, which is a very new, exciting thing.

TrunkSpace: From a directing standpoint, did you approach your job differently in any way with this particular film? 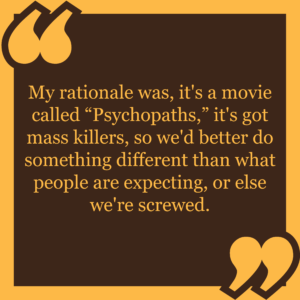 Keating: I think with every film, you’re pleasantly surprised when you go from storyboarding to seeing the camera rolling. And for this one, I think it was very thrilling just to be able to see these characters come to life. And that’s what I really wanted to do first and foremost with this film, was just make a movie about the characters, and the experience that they kind of go on, before anything else. And so what was so great was just being able to go to an actor, like Ashley Bell, like James Hébert, like Jeremy Gardner, and just say, “Here’s who was in my mind for a little while, now they’re yours and you can do whatever you want.” So we really built the characters together. That was really exciting and different, because with all of my other films, they’ve been kind of less like that. This was the first kind of really freeing moment.

TrunkSpace: And so often in horror films, the “bad guy” is not necessarily a character, but a boogeyman like device.
Keating: Totally. And we really wanted to do something a little bit different than that. My rationale was, it’s a movie called “Psychopaths,” it’s got mass killers, so we’d better do something different than what people are expecting, or else we’re screwed.

TrunkSpace: Where do you see “Psychopaths” falling into the current horror climate?
Keating: It’s funny because for me, I love horror movies, but I don’t really keep my finger on the pulse of what’s new coming out, to an extent. I always feel like there’s a five to 10 year barrier of whether a movie will last or not. And so really, the effort that’s the most important to me was just to make something where if it comes out, God willing we finish the movie, hopefully it’ll last and people will be able to talk about it for longer than its theatrical runtime – to make something that sits in people’s minds. So it’s not necessarily the instantaneous reaction that I’m looking for. I want to make a movie that hopefully lasts, and sits in your head longer than you’re in the theater. That’s the effort that I put into it.

TrunkSpace: It does seem like that when horror is done right, it has a longer shelf life than a lot of other genres.
Keating: Absolutely. And so that’s what I really kind of tried to do – that process of looking at these movies that really inspire me. It’s like, “Why are we still talking about Dario Argento, or Mario Bava, or Takashi Miike?” Obviously Takashi Miike to a lesser extent because the guy makes 100 movies, but why are these movies from the ’60s, like Roger Corman’s “The Trip,” still important to me? That’s what I really wanted to try to step up and do.

TrunkSpace: When you go back and screen your films after completion, do you see different aspects that you didn’t pick up on the first or second or third time around? Does your own POV change?
Keating: Well, truthfully, I think, it’s hard for me to ever go back and watch my films. What I do, they’re very personal and they’re very kind of emotional in the sense where when we make a movie, we pour literally everything that I love about movies or that I want to say at that time, into the film. And so, it’s really kind of hard for me to go back and watch them, because I’m like, “Oh, well this is what I was feeling at this point in my life, when I got to make these films.” So, do I find new things? Maybe I do, but there’s a little bit longer of a barrier that I…

I’ll answer that question in five years, I think. (Laughter)

TrunkSpace: For the viewer, a film is the memorable part, but for a filmmaker, because it’s such a long process that you put all of yourself into, the experience must be such a meaningful part of the equation?
Keating: Absolutely. And you know, it’s kind of hard to not be able to see your fingerprints on the statue or the sculpture. My sensibility, too, is like, once the movie is done, it belongs to the world. And so, I’m always interested in hearing what people’s perception of my movies are, because that might not have been a way that I think about it. But an answer is always right and an individual interpretation of a piece of art is right. And that’s very exciting, even if that’s not the initial intention.

TrunkSpace: At this point in your career, you’ve yet to direct anything that you haven’t also written. Do you see a time for yourself where you’ll step behind the camera and direct a project that you didn’t pen?
Keating: I think never say never. There are a lot of films and filmmakers that I love that don’t write their own movies, but right now, I really just do love being able to have that freedom that I’m not going to infuriate the writer if we decide to improvise on the set, because I know him pretty well. (Laughter) That’s the process that I always want to be able to have. A film is a very organic process, and to shape it from day to day, you should have a plan, but always be willing to embrace the improvisation and the spontaneity, to an extent. And so, I don’t want to infuriate a writer who is very close to their script.