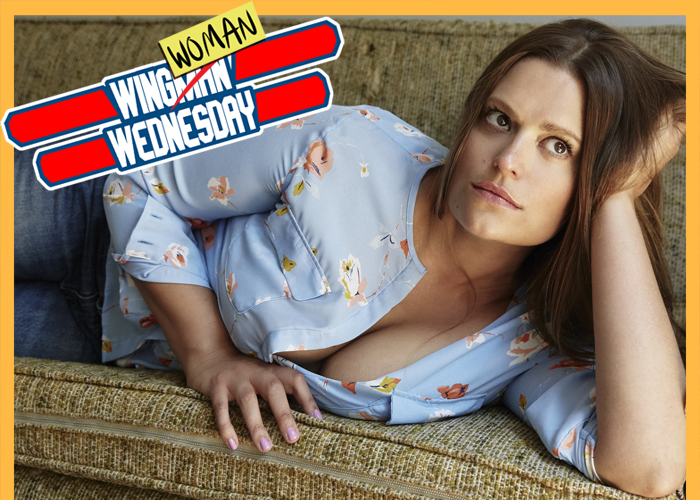 Fans of the Netflix series “GLOW” will know Marianna Palka as the squared circle brute Vicky the Viking, but beyond acting, the Scotland-native is a talented and sought-after filmmaker. Her movies “Bitch” and “Good Dick” were heaped with critical praise and she recently returned to the director’s chair to shoot the upcoming comedy “Egg” with Christina Hendricks, Alysia Reiner and Anna Camp.

We recently sat down with Palka to discuss how she balances wearing multiple on-set hats, how people will always need cinema in their lives, and why “GLOW” is such a game-changer for the industry.

TrunkSpace: We know that you write, direct, and act. Sometimes you do all three in the same project. Is that multi-hat experience wholly different than when you do something like “GLOW” where you’re focusing on acting alone?
Palka: That’s such a good question because I think those things all feed into one another. When I’m doing all of them together, it’s almost more streamlined and somewhat easier on some level because there are less conversations. I’m not explaining anything to my lead actress. I’m just talking with myself. So, it’s a beautiful thing when I’m doing all the jobs, but then it’s nice to just do one job like “GLOW” where I just have my lane and I like to stay in it.

Now with “Egg,” I like to stay in the directing lane. It’s the best.

It’s all about details and being in the moment. I’m really focused, so it’s kind of precise. I’m not really thinking about what anyone else should be doing, including other actors. I’m just thinking about me and how much I can bring to it or how generous I can be. It feels like a very giving, community-based activity.

TrunkSpace: The way people consume content has changed and continues to change. With that in mind, do you shoot your films with a 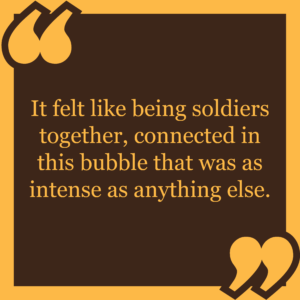 particular format as your vision? Do you make them for the big screen?
Palka: I always thought about it both ways. Back in the day, I’d be like, “We’re making all of this detail, and someone may end up watching it on their VHS, or on a copy of a VHS, or whatever.” I’ve always been very open to that concept. I feel like now, even more so, I watch a lot of stuff on a small screen. But we’re still going to make all the cinematic decisions that we make in order for all of our movies to work in a cinema, because luckily enough, my movies have all played in the theaters first, and then they go wherever else they go. I know that’s not the case for everybody.

But that said, I think even if you’re a filmmaker and you’re making stuff that you know is going straight to online, you can still use the rules of cinema. You can still use justified camera movement. It doesn’t mean cinema has to die just because there’s a smaller screen. You can still make sure that the production design is amazing and that you’re not just pointing and shooting, but that you have a shot list and you’ve got good angles, and you’ve done it the way that a movie really gets to soar. The story really soars if you give all that skill.

TrunkSpace: It’s easier than ever to shoot a quality, affordable film and with so many distribution platforms now, it’s easier to get stuff out there. But with all of that in mind, is it more difficult to get people to notice what you’re doing on a grand scale because viewership is so segmented?
Palka: I’m not sure what’s going on in general for other filmmakers, but for me it’s the inverse of that. The more I’ve made movies, the more people have watched them. So the audience has been building, and I think that has to do with people wanting to see the stuff that’s more authentically in the cinema voice.

There’s this band First Aid Kit from Sweden made up of two sisters. They don’t have any modulation on their voices. It’s just their voices. You like to hear that. It’s just two people singing together that have sang together their whole life. There’s something so beautiful about it and it’s simple. It’s what we’ve been doing for hundreds of years. It’s like a centuries-old sound.

I think that there is something about the cinema that people need. They need stories that are told visually in a way that makes sense to them. I know not everyone will be able to articulate what it is visually that they’re finding appealing, but they know that they are appealed by it. They know that they find it appealing, the same way when I listen to First Aid Kit, I get choked up. I’m like, “Oh my God, this is so beautiful,” because it’s so authentic.

I think it’s really the authenticity in cinema that hasn’t died yet and will never die. I don’t feel like it’s going somewhere just because we’re changing our devices or our ways of watching it. I think it’s kind of stronger than ever because it’s been able to go through whatever ways society’s been changing.

TrunkSpace: Certainly from a storytelling standpoint, the cinematic storytelling has sort of transferred over to television and “GLOW” is a perfect example of that. It’s a show that would have never been made even 10 years ago.
Palka: I know, it feels that way. It feels like it wouldn’t have been made even five years ago. Maybe not even a year or two years ago. It’s this moment in time that has allowed for it to happen. I love that. I love that years ago it would’ve been a movie that people would’ve gone to see at Sundance and that it wouldn’t necessarily been on Netflix for the world to see.

I love that we have this port in Netflix on that level and that they understand really what cinema is… that what they’re putting out there is really good stories and really well-crafted visuals with amazing quality of sound. It’s just wonderful. They’ve really maxed out the potential of each project. The way that they’ve done that has really given the artists feeling. It’s kind of like the Wild West right now. You’re allowed to make whatever film you want to make, or whatever TV show you want to make. You can really do anything and you can really say anything.

TrunkSpace: “GLOW” feels like the kind of series that is going to force the industry to look at what it’s doing and go back to the drawing board and diversify more.
Palka: I like how you literally said “GLOW” has changed the way that the industry views itself. Oh my God, that is so incredible. I feel like that.

TrunkSpace: It’s a show that people are enjoying in the moment and don’t realize what a game-changer it will be in the long run.
Palka: Oh my God, it’s so true. That’s what it felt like to make it. It felt like breaking all of these barriers. It felt like going through all of these ceilings. It was like, wow, we really want to be on a show where everybody’s a woman. We want to be on a show where all of the ladies are represented, every ethnicity, as much as they are possible. I loved it so much for that. That’s my experience in my life and it felt like putting that on the screen was a logical act. Then once we did it, it was like, “So we’ve done that, and now other people can do it more!” 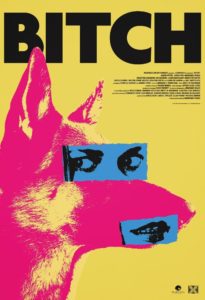 TrunkSpace: And it could have gone in a completely different direction had the tone been different. There’s a version of this show that would have existed 10 years ago that was all slapstick with someone like Will Ferrell playing the Marc Maron character.
Palka: Wow, that’s so true, right? It’s such a meaningful, heartbreaking, authentic show. I love the creators, Liz and Carly, and Jenji… they just knew what they wanted to do. They were really clear with us. They’re very supportive and distinctive of females and they’re super beautiful mothers. They lead completely and dynamically, and it’s really awesome.

TrunkSpace: It kind of felt like a series that took people by surprise as well. There wasn’t much discussed publicly about it until its release and then it just sucks you in.
Palka: It really was beautiful on that level, because we got to have this beautiful time… we got to have so much connection. It felt like being soldiers together, connected in this bubble that was as intense as anything else. It felt like we were taking all these risks and anything could happen, because we were doing so much of the wrestling ourselves. It really felt like we could die. There was a sense that we could get injured, but also, we were in it together. It was beautiful to know that here we all were, going through the same experience and being so unified. So that was interesting because we were very jelled.

The half year, the eight months, between being done with it and it coming out, it was this real amazing time. We’re all really connected and need each other, because we’ve changed each others’ lives. We can’t go home after that. I care about every one of those women as much or maybe more than I care about myself. I really feel this deep bond. It’s like a link. You can’t take it away. Nothing could change it. Even if the world hated the show, we would still have had that bond.

I also think it’s funny, on our pink carpet at our premiere, we all were so put together and everything. We’re so dirty and sweaty and all our clothes are gross, and there’s nothing elegant, really, about the majority of the work that we did. Not like the fancy stuff that we did like when I’m Vicky the Viking and I’m playing that character. That was very elegant. That was like the most superhero stuff I’d done. But I just mean, like the daily grind of doing all those shows in our sweaty, dirty, disgusting stuff… felt so good. Then going to our premiere and seeing everybody in Givenchy, and all of our fancy, amazing, thousands of dollars worth of jewelry that we had… it was really funny to be like, “Oh yeah, we clean up nice.” (Laughter)