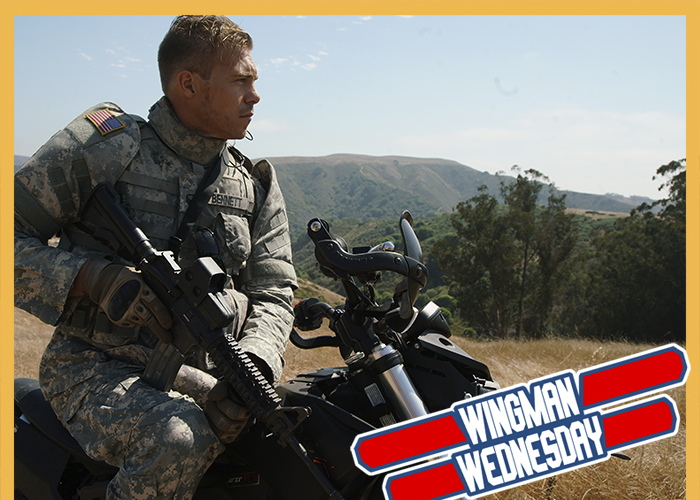 For actor Michael Roark, connecting with a character is a visceral experience, but when it happens, the Illinois native dives headfirst into bringing that person to life on screen, even when the project’s future is not clearly defined.

“I’ve worked in front of and behind the camera and also had a spell working in distribution (on the legal side)… and the truth is, no one ever really knows how a film may end up from concept to final cut or which way the wind may be blowing when it’s finally released,” he said in an exclusive interview with TrunkSpace.

Fortunately for his latest project, the drama “Bennett’s War,” the wind has blown in a direction that has enabled the film to find an audience eager to escape the big budget/big brand onslaught of the summer movie season.

We recently sat down with Roark to discuss peeling away the layers of a character, how law has impacted his acting career, and why there’s always a sadness when embodying someone for the last time.

TrunkSpace: “Bennett’s War” feels like the kind of film that isn’t greenlit a lot these days. Almost a throwback. In terms of the big picture, was that part of the appeal in tackling a project like this in that it isn’t the kind of film we see arriving in theaters each week?
Roark: No matter how appealing a project may be, I need to connect to the character and to the story and I did with Marshall Bennett in “Bennett’s War.” It’s something that is visceral and tends to happen on the first read and I was sold. Yeah, it does have throwback vibes and I also love that about it, who doesn’t love a good throwback? I have never had a problem going the other way from the crowd and I didn’t here.

TrunkSpace: On the opposite side of things, is it a bit of a leap of faith signing on to a project like “Bennett’s War” not knowing what the future journey of the film will look like as far as distribution is concerned?
Roark: In that sense, the entire business is one big leap of faith. I’ve worked in front of and behind the camera and also had a spell working in distribution (on the legal side)… and the truth is, no one ever really knows how a film may end up from concept to final cut or which way the wind may be blowing when it’s finally released. I think that’s part of the charm in this business. You can sign onto play the lead role in an indie film and it may never see the light of day or it may end up playing in 1000 theaters across the country before a long life on streaming, which is what we have with “Bennett’s War.”

TrunkSpace: Again, this is a character-driven film, and your character Marshall has a lot of layers to peel back and explore. How much deeper did you go in terms of who he was beyond what we see in sitting down to watch the film? How deep of a dive did you have to take to understand and take on Marshall? 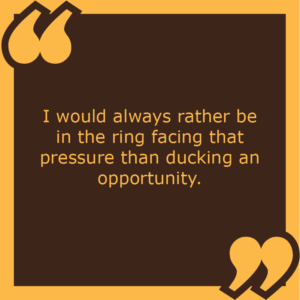 Roark: One thing I love about acting is the sky is really the limit. The work is never done in getting deeper and deeper in a character. There is always another layer to explore, always another color that may be found. With Marshall, there were several specific demands such as injured vet, former motocross champion, new daddy, financial struggles, life on a farm, etc. That’s just the beginning. Then I need to sit in the story and do my work to find what hooks me. It’s really a thrilling process, if not a bit nerve-racking.

TrunkSpace: Did you feel pressure in taking on a lead in a film like this, not only in terms of performance but also because, in a way, you become the face of the project?
Roark: Any leading man or leading lady will tell you that pressure is just part of the gig. I would always rather be in the ring facing that pressure than ducking an opportunity. That’s why instinct and trust is so important. If I feel I have something to offer to the role, to the story and it’s a story I believe it, then I’m all in. I think it’s a bit like being an NFL quarterback. Win or lose, the lead tends to get too much credit or too much blame.

TrunkSpace: For fans, the final product of a film or series is always the most memorable part, but for those involved in a project, we’d imagine it goes much deeper than that. For you, what is something about your time working on “Bennett’s War” that you’ll carry with you through the course of your life/career?
Roark: It’s always the journey, the making of the thing that stays with me more than the final product. Some of the people on this project became extended family to me, we shot in such beautiful locations and between the motocross, farm and military aspects… it felt like three movies in one. I typically have a soundtrack for every character I play and, usually, one song that always takes me right back to him. Moving forward in my life, whenever I play that song I think I will remember the sound and the feel of the KTM bike as I look out at the desert or the countryside.

TrunkSpace: You had previously worked on “The Young and the Restless.” Soap operas are known for their breakneck shooting schedules, so we’re curious, are their similarities between that day-to-day need to get a set amount of pages done and working on an independent film where resources and time is limited?
Roark: With big budget films, you can take a bit more time. With indie films like this one, we need to keep it moving. That said, there is nothing that quite compares to acting in daytime. The speed that it moves and the amount of pages covered in a day… it’s a machine.

TrunkSpace: You went to law school and passed the bar before fully committing yourself to acting. Do you think your journey with law has had any direct impact over your journey as an actor? Has it helped you in places that you would have never expected?
Roark: I think everything we do in life leads to the next thing. Law revealed to me a whole other level of preparation needed for trial team, finals, the bar exam… it supercharged my analytical ability and my brain and I’m sure feeds many, if not all aspects of what I do as an actor.

TrunkSpace: Is there a character – even someone you inhabited for a guest spot – that you wished you had more time to explore, and if so, why?
Roark: Oh yes, there are too many to count. A sadness sets in when suiting up as a character for the last time… but with experience it has become easier. For the ones that seemed to come and go too soon, I think there is a sense that there may never have been enough time with them.

TrunkSpace: What has been the highlight of your career thus far?
Roark: I have had such beautiful moments in this career. Walking Mom down the red carpet at the “Dolphin Tale” premiere, seeing my name in the lights for the first time, being whisked away to beautiful cities and locations…

But it’s always the behind the scenes moments that stay with me most. If I had to pick one… it’s facing my fears and stumbling onto the stage for the first time to struggle through a monologue I picked off the library shelf at Fall general theater auditions at Illinois State.

TrunkSpace: Time machine question. If you could jump ahead 10 years and get a glimpse of what your career looks like a decade from now, would you take that journey? If not, why?
Roark: Nope. It’s all about the ride. I don’t want to know everything the roller coaster does before taking it for a ride.

“Bennett’s War” is in theaters now.