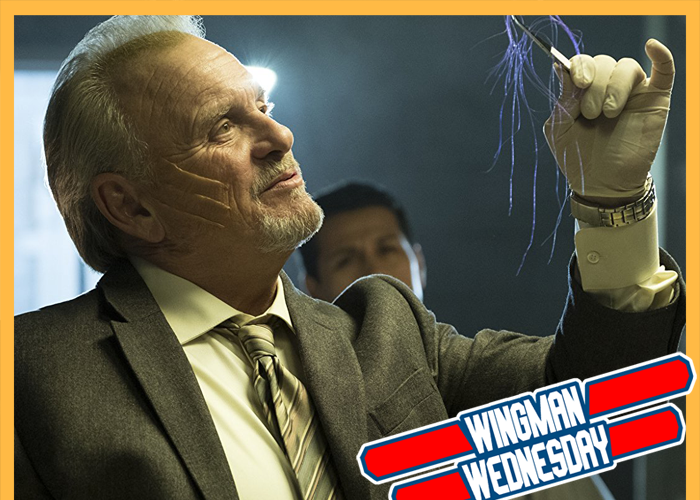 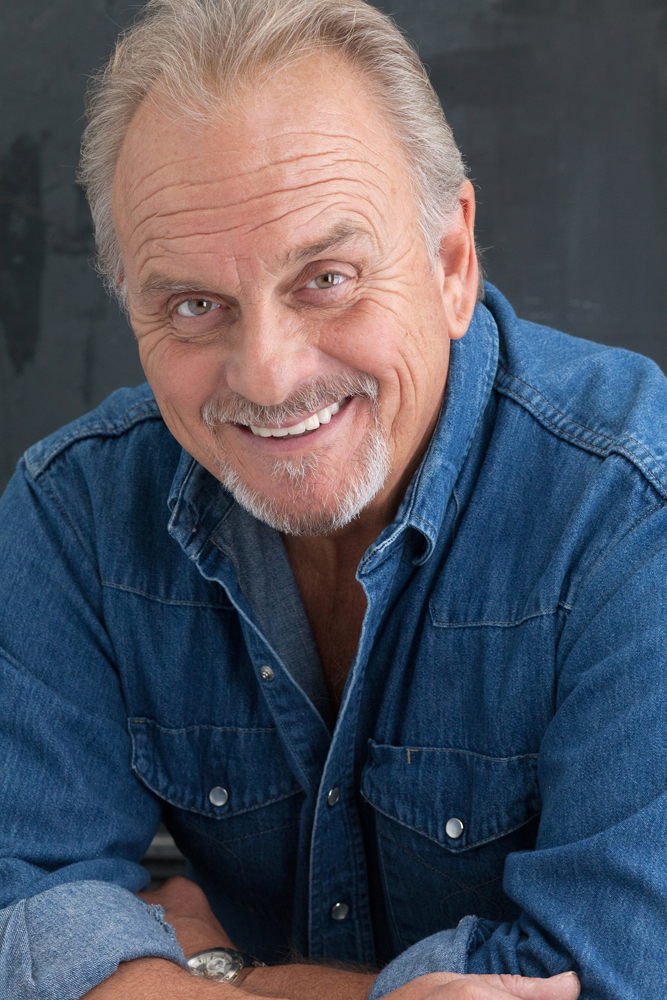 We’re living in the present while embracing the future… “Future Man” that is.

Our favorite new janitor-turned-action-hero sci-fi laugh fest is continuing to draw viewers in with its unique POV since first premiering on Hulu in November. Robert Craighead plays Detective Vincent Skarsgaard in the streamable series, and in doing so, delivers a charismatic performance that helps to round out the distinctive comedic world that “Future Man” resides in.

We recently sat down with Craighead to discuss the most exciting aspect of the character, how he felt he was the perfect fit to play Skarsgaard, and the reason why he tends to be cast in authoritative roles.

TrunkSpace: “Future Man” is a unique cup of content tea. There’s certainly nothing else like it out there right now. When you’re starring in something that has such a specific tone, does it allow you to take a different approach towards your performance, either in finding the character at the outset or through the work itself?
Craighead: Fist of all I am a huge fan of Seth Rogen and Evan Goldberg as well as the writing team of Ariel Shaffir and Kyle Hunter. I loved “Sausage Party” and “This Is The End” I have seen a hundred times, not to mention all their other films! So, I already had a feel for the style of humor that was called for in this production. When I read the first script for my character it seemed like it was such a perfect fit for me that I fell in love with Skarsgaard immediately and relished bringing him to life.

TrunkSpace: How did the project first come into your life and could you see the vision for what it would end up becoming it those early days? Was that reflective in the scripts and rehearsals?
Craighead: When I first met with the team of Dorian Frankel and Sibby Kirhgessner Casting, we had so much fun playing with the character and putting it on tape for the producers and the network that I felt I had pretty much captured the essence they wanted for Skarsgaard. I was originally slated for two episodes but as we were filming and having fun developing him, Ariel and Kyle just kept coming up with more and more ideas and storylines for Skarsgaard. I was thrilled to be extended to six episodes and they were open to my suggestions as well as my off-the-wall humor. (I guess we were just in sync.)

TrunkSpace: For those who have yet to binge their way through Season 1, can you tell us about Detective Skarsgaard and what 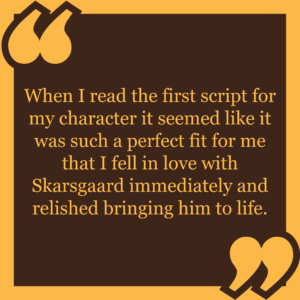 his journey is? In addition to that, what was it about the character that you were most excited to sink your teeth into?
Craighead: The way I see it, Detective Skarsgaard is a cross between Nick Nolte’s Detective Cates in “48 Hrs.” and Stacy Keach’s Sergeant Stedenko in “Up In Smoke.” A hard nose cop who is like a dog with a bone, he is set on getting his man and will go through hell or high water to get him. I think for me the most exciting aspect of the character’s journey was his loyalty to his partner and the guilt he carried over his death. Finding the humor in that and consistently driving that point and keeping it funny was a challenge in itself, but I was given such great catchphrases by the writers it helped in keeping Skarsgaard fresh and original, albeit somewhat clichè.

TrunkSpace: You started acting professionally long before streaming platforms became a viable distribution option. Has the way in which people consume content via these options, such as the case with “Future Man,” changed the experience for you as an actor? Does acting feel different in 2017 than it did in 1997?
Craighead: Yes, I have been around awhile, I guess. (Laughter) When I first started, there were only three networks and movies were only shot on film. However, I love all of the opportunities that are available for everyone in the film and television business today. There are so many more platforms for young actors and filmmakers to be able to hone their craft and develop an audience without relying on the big studio projects to get them there. As far as this changing my experience as an actor, does it feel different? No, not at all. The process is still the same and I am grateful there are so many more options available today for me as an actor.

TrunkSpace: In “New Girl” you played Sergeant Clarke. In “Too Close to Home” it was Sheriff Mobley. And now in “Future Man” it’s Detective Vincent Skarsgaard. Why do you think you have been cast as so many authoritative figures? Do you think it is at all reflective of who you are or how people view you?
Craighead: Well, I guess I have to attribute that to the way people view me on first impression. I have a very distinguishable voice and my body language seems to exude confidence and authority. However, I also play a lot of abusive assholes and despicable characters as well – for example, in the soon to be released western feature film “Painted Woman” I play kind of a Harvey Weinstein of the 1890’s.

TrunkSpace: Another throughline we noticed in looking at your overall body of work is that you have appeared in a number of horror films, dating all the way back to the early days of your career with “Cujo” and “Return of the Living Dead.” Is horror a genre that you feel comfortable performing in and do you feel like it is a genre that comes with a built-in audience? From an outside perspective it feels like horror fans are willing to try out new material more willingly than general movie-going audiences.
Craighead: Yes, I have done a few films of the horror genre, but usually ones with a comedic tone or tongue in cheek. Horror fans are amazing – they are extremely loyal and remember every detail of every character including dialogue if they really like a movie. Also, even if you haven’t done a horror film for years, they will still be thrilled to see you again and welcome you with open arms.

TrunkSpace: You’ve played dozens upon dozens of characters over the years, both on camera and on the stage. Is there a particular character who has stuck with you throughout your career that you wish you had more time to explore?
Craighead: Recently I completed two seasons as a series regular on Tyler Perry’s “Too Close To Home” as Sheriff Mobley, kind of an incompetent law enforcement of a small town in Alabama. We were just starting to get into some different levels of the character that made me excited to imagine where we might go with him. He was kind of a know-it-all but also a town flirt with the ladies and brought in some comic relief for the show, but I could also see the possibilities of some dirty dealings going on for him with some bad guys coming up. So I was very disappointed when the show was not picked up for a third season. It left some stories untold.

TrunkSpace: You’ve also been pursuing country music, recording and releasing a number of songs and recently performing live to a sold out crowd. Is your singer/songwriter focus one that you see as a second career path or is music a hobby that you just can’t stay away from?
Craighead: I started performing country music about four years ago because I was doing a world premiere musical on stage with a live band and people encouraged me to give it a shot. It’s always been a love of mine and I have always sang for fun with family and friends, but this show really hooked me. It was about country music and songwriters and featured 17 of country music legend Paul Overstreet’s hit songs. Paul and I became good friends and one day he said, “Let’s record some songs.” So I went to Nashville, we went into a recording studio, and we did! Although, acting is and always will be my greatest passion, I gotta admit, I sure do enjoy playing “country star” every now and then. (Laughter)

TrunkSpace: Has the love for music always been a part of who you are? When did you pick up your first instrument and did someone in your life serve as a catalyst for inspiring that level of interest in you?
Craighead: I have always been a fan of music in any form , rock ‘n’ roll, classical, jazz, but country music, possibly because of my Texas upbringing, has always held my heart.

TrunkSpace: In addition to acting and music, you have also written a feature film called “Catch a Fallen Star,” which is currently in pre-production. Can you tell us about the project and what the journey has been like to bring it to life?
Craighead: This is a story I have had running through my head for about 15 to 20 years and finally sat down and put it to paper last year. I was inspired to get it done while working with Paul 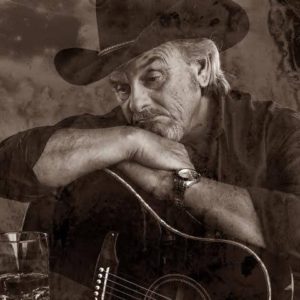 Overstreet, because it is about a country music singer songwriter. It’s a story about a man who has the world by the tail and then loses everything including his family, and after 25 years in prison, struggles to rebuild a relationship with a son whom he has never known. Paul has agreed to write the songs for the movie and we’ve already laid the tracks for a couple of them.

TrunkSpace: You seem to continue to pump diversity into your career, both in the characters you take on and in the overall work you do. How important to you is it to continue to diversify your creative output moving forward?
Craighead: I think that may just happen naturally – it’s not something I deliberately set out to do but subconsciously I think we all look to find diversity in our lives. I would like to continue to find interesting characters to play and also move more into producing and writing my own projects as well. So in that aspect, yes, I guess it is important to me.

TrunkSpace: You’ve accomplished and taken on so much in your career so far, but is there anything that you’d still like to tackle? What are some of your bucket list items that you’d like to check off?
Craighead: Ooooh, my bucket list is long! A few of the things I would like to accomplish though are at some point soon being able to have my production company move into producing and creating our own movies and television shows as well as writing and recording more country music.

Check our our exclusive interview with Derek Wilson of “Future Man” here.