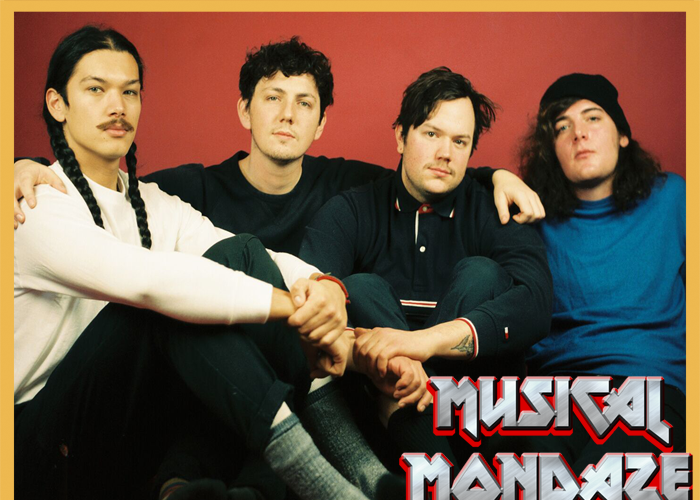 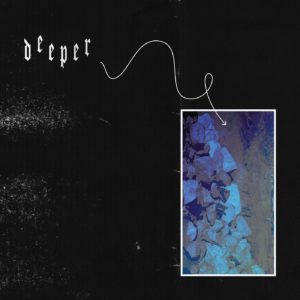 If you’re anything like us, sometimes it’s easy to get stuck in a playlist rut. When it comes to music, many times we take an “If it’s not broke…” approach, but we don’t need to fix our horizons to expand upon them. New artists worth discovering are out there, and as is the case with this particular needle in a haystack, sometimes you just have to look DEEPER.

Hailing from Chicago, the rifftastic quartet with a bit of ‘80s flair is set to release their self-titled debut May 25 on Fire Talk Records. We recently sat down with the band to discuss the pressures of recording their first album, how they’ve changed sonically since forming in 2014, and why they hope their legacy includes… Creed?

TrunkSpace: Your self-titled debut drops on May 25. What emotions are you juggling with as you gear up to release it to the world, especially considering that in many ways, the album will be the band’s introduction to new and future listeners?
Deeper: It’s excitement more than anything else. If you had asked us when we finished the record, we would’ve probably just said we are relieved to be done. It’s been done long enough now that we are able to get excited again. The record was recorded through five sessions over the course of a year and a half, so it was consuming a lot of our time for longer than we imagined.

TrunkSpace: Obviously it’s difficult to say because this is your first release, but do you think there is more pressure on a band in the studio with a debut than there is with a second or third offering? Is it just as much about establishing who Deeper is as it is about putting quality songs out into the universe?
Deeper: Definitely more pressure on the first release – that sort of sets the foundation for the rest of our records. If a listener doesn’t dig what we’re doing initially, they probably won’t check out what we’re doing next time. We have been pretty meticulous with this record specifically because of how a first release can frame the identity of a band. Whereas when a second record comes out, there’s already at least some audience who enjoyed the first release.

TrunkSpace: What do you think the album says about who Deeper is as a band? Does it fully accomplish what you set out to do with it, both creatively and commercially? 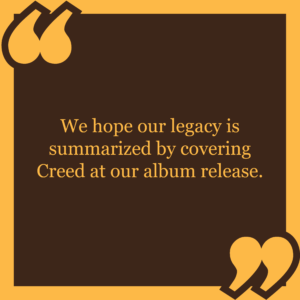 Deeper: As a band we think it shows a variety of different sounds we’re able to realize and how we’re able to play together. Creatively, it accomplishes what we set out to do – we’re really happy with the finished product. Commercially is yet to be seen.

TrunkSpace: The band has faced roadblocks in the past, one of which saw you choosing to scrap all of your existing songs after a previous member had left. Did that creative clean slate serve to put the band on stronger songwriting ground? Are you a better unit for it?
Deeper: The old version of Deeper focused on a sound that we were excited about at the time, but ultimately led to creative roadblocks as we progressed. The creative clean slate allowed us to experiment in ways we weren’t able to with the old version.

TrunkSpace: Did your overall sound change at all between who the band was then and who the band is now? Did bringing in Drew McBride add a new point of view to the mix that directly impacted the musical output of Deeper?
Deeper: We’re better fit together organically and threw out fewer ideas because of how we collaborate on songwriting. We were more apt to throw out ideas and Drew was really good about figuring out how to incorporate those into songs. The band feels more confident as a unit based on the current lineup for sure. Drew also loves driving which makes touring easier.

TrunkSpace: Is there something creatively inspiring about working within a band atmosphere? Does creativity inspire creativity?
Deeper: Writing in a band creates many more compromises and that can be a good and bad influence in bands. For us, it’s been really positive and has helped us define our sound better.

TrunkSpace: As you embark on this new and exciting chapter of your life that kicks off with your self-titled debut, what are you most looking forward to in the months ahead?
Deeper: Hitting the road, seeing friends in other cities, and letting people hear more of our music.

TrunkSpace: What does the songwriting process within Deeper look like? How does a new track go from inception to completion?
Deeper: Everyone comes to the table with different ideas and we throw a lot of things at the wall to see what sticks. Even when we think a song is done, it’s really not final until we’ve recorded it. We’re always making changes until the last possible moment.

TrunkSpace: Lyrically, are your songs written from personal experience or do they take a more storyteller’s approach to the narrative?
Deeper: Nic (Gohl) was writing more experience-focused songs until our guitarist Mike (Clawson) joked with him that his love songs were too obvious. That challenged Nic to vary his lyrical choice more.

TrunkSpace: When all is said and done and you hang up your instruments for the last time, what do you hope Deeper is remembered for? What do you want your legacy to be?
Deeper: We hope our legacy is summarized by covering Creed at our album release.