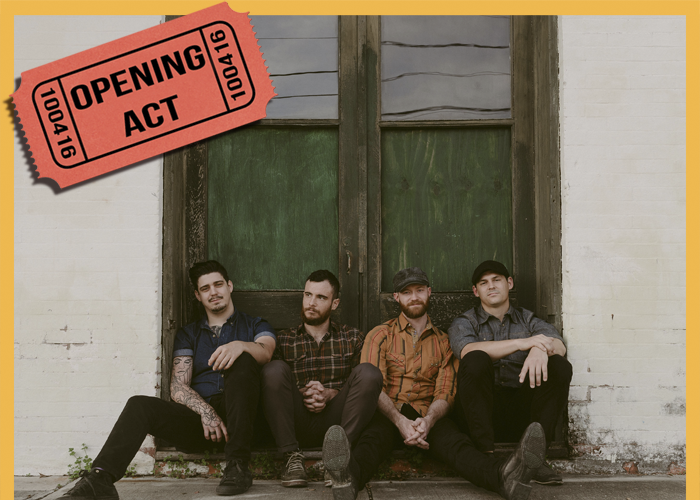 TrunkSpace: We’re about two months away from the release of “Victim & Villain.” As you gear up to share new music with the masses, what emotions do you juggle with?
Rayo Brothers: Gratitude and anticipation. We’re truly grateful for the support of our fans. And we’re grateful for the super talented people who were willing to work with us to make this album our best work so far. We can’t wait to get it out there for everyone to hear.

TrunkSpace: This is the band’s third album. No one is closer to the music than you. As you listen back to the earliest creative iterations of the band and compare it to what is on “Victim & Villain,” where do you hear the biggest differences? Were those changes by design or a natural progression?
Rayo Brothers: We started out much more on the folk side of things. Mostly acoustic instruments – guitar, banjo, bass, mandolin and drums. On our second album, we started to expand the sound and dynamics: including electric guitars and bass, and instruments that provide sustain and texture like violin and pedal steel. On this album we’ve moved even further in that direction with string arrangements and horn arrangements, which is a first for us. It has been a natural progression – as we get more comfortable presenting our songs to the audience, we get more confident in trying out new things.

TrunkSpace: What are you most proud of with “Victim & Villain” as you prepare to share it with listeners?
Rayo Brothers: We’ve always put a lot of focus on the lyrics and songwriting, so we hope that people will appreciate that. But 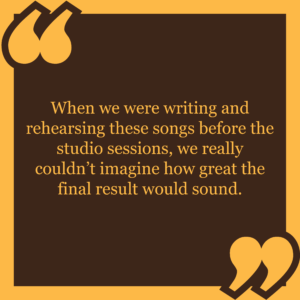 with this album we’re especially proud of the production value. Working with such expert professionals like our engineer Tony Daigle and producer Louis Michot, not to mention a handful of other truly great musicians, really took this album to the next level for us. When we were writing and rehearsing these songs before the studio sessions, we really couldn’t imagine how great the final result would sound.

TrunkSpace: The roots of the band stretch back to Lafayette, Louisiana. Do you believe that a geographic location can directly influence an artist, and if so, how did your hometown have an impact on the music that the Rayo Brothers create?
Rayo Brothers: Our region is steeped in a unique blend of cultures and their music – French, African, Cajun, blues, jazz, country, rock n roll. Music is an integral part of life here. Growing up, playing music was a part of everyday family life. With our parents, and also at any family gathering with the extended family. There’s a lot of bands and a few Grammy wins and nominations in our extended family (including our cousin Louis Michot of Lost Bayou Ramblers, who produced this album). We feel solidly rooted in music here, and this album is just the next branch extending out from that tree.

TrunkSpace: There is no false advertising in the name of the band. You guys (Jesse and Daniel Reaux) are actual brothers. How does that impact the writing process? Is there a creative kinship that exists between you two?
Rayo Brothers: Very much so. We both write songs for the band; sometimes we’ll write on our own but often it’s a collaborative process. Being brothers, we have a shared history and memories, a lot of the same influences. We easily know where the other is coming from with an idea, and we help each other build on those ideas. And we tend to agree on the lyrical and aesthetic direction of the songs.

TrunkSpace: On the opposite side of that songwriting coin, does sibling rivalry ever seep into the creative process? Do things ever go full Oasis/Gallagher brothers for the Rayo Brothers?
Rayo Brothers: We’re not really rivals when it comes to music. We each do our thing and it compliments the other. We have the typical sibling rivalry when it comes to other things though – working out, martial arts sparring, stuff like that. 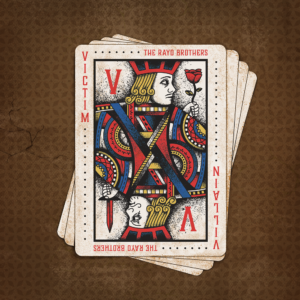 TrunkSpace: Is there something creatively inspiring about working within a band atmosphere? Does creativity inspire creativity?
Rayo Brothers: We almost always do the lyric writing with just the two brothers. But when it comes to musical arrangements that’s a collaborative process with the whole band. Each of the guys has their own set of influences and ideas, so we have a broad range of possibility when we start working on each song. It’s a lot of fun working that way.

TrunkSpace: Many musicians say that writing is a form of personal therapy. Is it that way for you? Do you find yourselves saying and expressing things in song that you wouldn’t be able to do as easily in real life?
Rayo Brothers: Yeah, it’s easier to express and explore emotion in a song than in real life. Sometimes songwriting is a way to try to take a feeling and figure out why that feeling is there, try to understand it – so in a way it is like therapy.

TrunkSpace: When all is said and done and you hang up your instruments for good, what do you hope you’re remembered for? What do you want your musical legacy to be?
Rayo Brothers: Just that we made something beautiful and honest, even if only a few people ever hear it.

TrunkSpace: Time machine question. If you could just ahead 10 years and get a glimpse of what your musical journey looks like a decade from now, would you take that journey? If not, why?
Rayo Brothers: No – we’re enjoying the journey of creating without knowing where it’s going. And anyway, if we knew the future it would influence our decisions and the future would change, right? Isn’t that how time travel works?