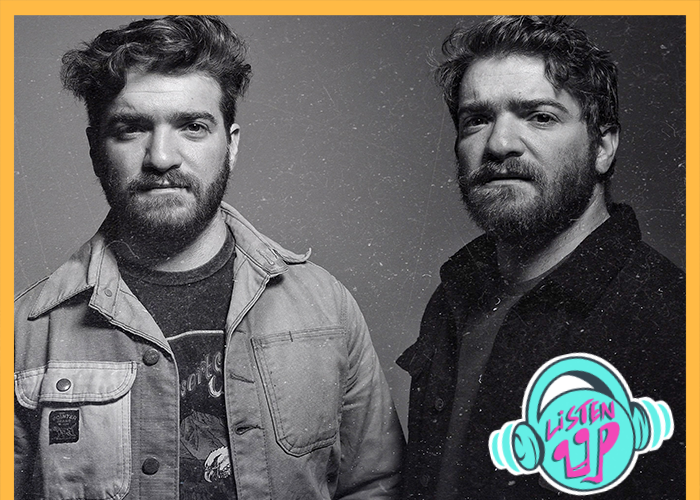 While their last album Some People I Know helped us to weather the storm that was 2020, their latest, Calla Lily, offers new growth in what will hopefully be a period of germination for society. Although you will not be able to get your hands on the record until April 16, the first two singles, Sorrow and On the Road Again, are available now. We sat down with sibling songwriters Adam and David Moss to discuss their music for a seven question session. 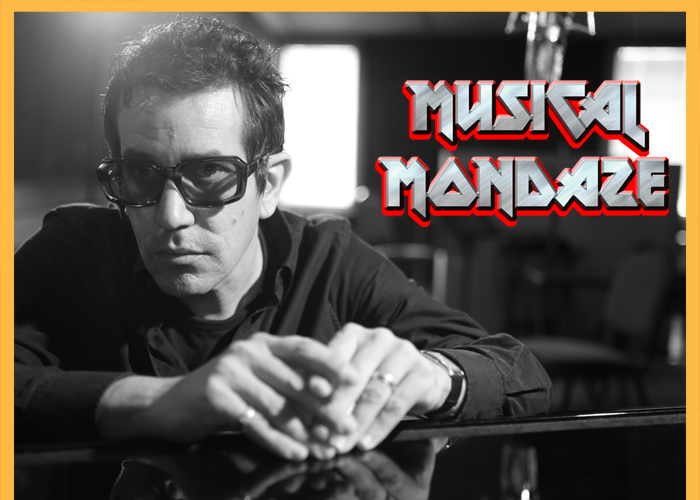 For some, mastering an instrument is their calling. For others, it is a part of their legacy. For singer/songwriter A.J. Croce, his pull towards music is a complex concoction of both. As the son of folk icon Jim Croce, it’s easy to suggest that music is a genetic carryover, but the talented pianist and multi-instrumentalist is more apt to suggest that it was a musician’s work ethic, the desire to perfect the art of becoming an accomplished songwriter, that was ultimately passed down to him.

We recently sat down with Croce for a frank discussion about his new album “Just Like Medicine,” how the collection of songs represented him at the time, and why he almost walked away from music.

TrunkSpace: What kind of headspace do you find yourself in when you’re writing and putting together a new album? Is it something where it becomes sort of all encompassing for you or do you find yourself having to step away and put some distance between the music?
Croce: I’ve done a lot of them now and they all kind of happen in different ways. Sometimes I write over a period of time of a couple years and then pull from that stuff. I find when writing a bunch of music, I might have a few different kinds of songs going, but there’s a similarity between certain kinds of songs… similar chord changes or certain things are being used just because my head’s in that space, and so I need to do it over a period of time where I can process different ideas and be a little more creative in that regard.

And then the recording process is a totally different thing. I kind of look at 18 months or two years worth of songs that I’ve written. And there could be 100 songs, 20 songs, or it could be any number of tunes that I pull from to make an album. And they’re not even always mine. It might be someone else’s song that I like. And I kind of go, “Okay, what am I trying to do? What’s the story behind this?” And as an independent artist for so many years, since I left BMG in the mid 90s, you really need to have a story. You need more than just, “Here’s my music.” You really need to have something that has something interesting behind it, and so that’s been a big part of the process with this record is, what is this about?

TrunkSpace: So with that in mind, what was “Just Like Medicine” about?
Croce: There were a lot of challenging things that happened in the last few years. My kids are grown, my wife and I have moved 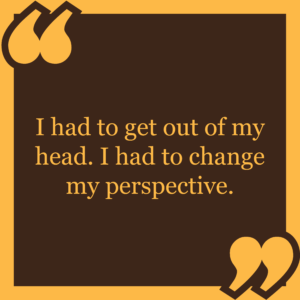 from California to Nashville again (it’s our second time living there), and all kinds of good stuff and all kinds of hard stuff. Selling my house. I was broke. I had tax problems. I had all kinds of psychological problems with a million different things going on, and meanwhile, touring and trying to keep a career. Trying to do a million things at once. I put all of that into this record and it starts right where I wanted it to. I had to get out of my head. I had to change my perspective.

TrunkSpace: It sounds like putting the album together was a therapeutic process for you?
Croce: Yeah, it was just like medicine. Not to be corny, but I think that that was…

“Cures Just Like Medicine” was the last song written and it was one of the first recorded. And I think it was that I had this feeling about it, like, “This really sums up this album.” I feel like I’ve lost all these relationships and I’ve kept these other ones, and I’ve found the people that mean the most in my life. I think as you get older, you kind of make your own families, not just literally with having kids and seeing them grow up, but with the people that you don’t have anything in common with. Even if you grew up with them and you love the memories of everything you’ve shared with them, you don’t necessarily have anything in common any longer.

TrunkSpace: And it starts to feel like you’re trying to push a square peg through a round hole just to carry on the relationship.
Croce: Exactly, and then you find yourself really living in the past, you know what I mean?

TrunkSpace: Absolutely.
Croce: Because that’s the only thing you really have in common is that past experience. So, that became really clear in that song, and I sort of understood where I was at in a way. “Move On” and “Gotta Get Outta My Head” and “The Other Side Of Love” and all of these things… they were telling the same story, but I don’t think any as potently, for me, as that one. And so it became the title track. Whether it becomes the single or not is irrelevant in a way, but for me, it sums up the content, at least where my head was. 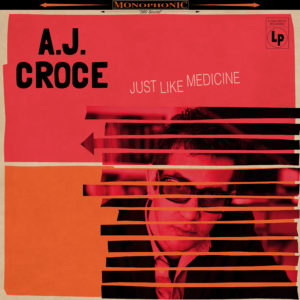 TrunkSpace: You mentioned going through some challenges throughout the period of writing the material for this album. Do you find that you’re a more prolific songwriter during those emotionally challenging times for that reason, because it is a lot like medicine?
Croce: It can vary. Sometimes having no emotional attachment to something allows me to write more fluidly but less convincingly. In my life, I’ve been a writer for years at a time, where I didn’t have a record come out. I was doing cowrites. I was writing for Warner/Chappell Publishing, or I was writing for EMI or BMG or whatever it was. And I’ve been with so many different ones over the years as a writer, as a songwriter, and I think it was like… there were times when I was writing for other people and I was just doing five cowrites a week in Nashville, and there was a compromise with everything. And you get really, really good at a technically good piece of work, but creatively it’s less improvisational. Or less original.

TrunkSpace: And you must get used to working within deadlines in that circumstance.
Croce: Yeah, you’re writing a specific song for… it could be anyone. It could be George Strait. At the time I remember every single writer was writing for a George Strait record. It was only going to be 12 songs, but there was 350 or 400 writers that were all competing to get songs cut on that record. Just an example. There were hundreds of records like that, and it’s like, “He needs an up-tempo thing like his last hit,” or, “Wynonna needs this thing,” or “Reba needs this thing.” And then things started to change a little bit in Nashville and I left, and when I did, during that time, the business changed a lot. Producers started being the writer, and during that period of time when I was away from that, I had no compromise in my writing and a ton flew out of me because I was just like, “Wow.” There’s no one saying, “Oh, that’s not commercial.”

TrunkSpace: It must be freeing to no longer have your creative POV focusing within certain parameters?
Croce: And it’s funny moving back to Nashville. I find it’s really an interesting time there, because it’s like a friend of mine was saying… it’s like the new Greenwich Village. All the guys that I wrote with or worked with in my teens and 20s in Nashville, if they’re still there or still alive, then they’re doing stuff in a very original fashion. They’re not constrained either, and for the first time in their lives, they’re not constrained because they’re not necessarily going to get a song on a Taylor Swift record, and if they do, it’s because they’re writing with her. And that’s the way songwriting works now, the artists are cowriting their stuff. Some are great writers and some of them are new to it.

TrunkSpace: Was there ever a moment where you said, “You know what? Maybe music isn’t my path? Maybe this isn’t what I’m supposed to be doing?”
Croce: Yes. Oh, yeah. First time that happened was… I remember I was at a subsidiary of RCA and everyone got fired. The whole label got kind of folded into another BMG company. I got a call from the head of the label and he just said, “I wanted to let you know…” And this was right when my second record came out, so it couldn’t have been worse timing. Just as I was promoting it. It was a challenging thing. I had a good manager and I got my masters back at that time. He arranged it. And then I had another manager for a period of time and he was just burning bridges. It was a challenging period.

The same day that I heard about the label getting folded into another label, I got a call from a German blues label that was distributed by Virgin in the United States, so they had great distribution. And they said, “Do you want to make a record?” And I said, “Yeah.” And they said, “Well, would you make something that’s kind of blues influenced that’s like a rock ‘n’ roll record or whatever you choose to do?” And I said, “Well, the roots of what I’ve always done is in that vein. Soul music is part of what I do, and a little blues, and jazz piano was the roots of what I did.”

So, when I got there, it was with a totally different budget and we were not traveling on buses anymore and we were not flying first class. All of a sudden, my whole perspective of music changed because I went from having huge record budgets and travel budgets and tour support to being on an indie out of Germany. Even though it was distributed by a big company out of England, it was just totally different. And at that time, that was kind of like… doing that was kind of like a career ender.

So yeah, there’s been a lot of times where I felt like, “This is it, I’m done for and I can’t make a living anymore.” So there was a period where, a couple of times, I quit. I just quit touring. I was like, “I can’t do it. I miss my kids. I miss my wife. I committed to these relationships and I’m not even a part of them.”

TrunkSpace: You hope to control the music, but in doing so, you can lose control of other aspects of your life.
Croce: Right. Exactly. So now I’m on tour. I’m in Columbus, Ohio, in a hotel and my wife and I travel together almost everywhere, and it’s a different world. It’s a different kind of thing. When she decides she wants to come out, she does. And that’s most of the time. And then when she doesn’t want to, she doesn’t. And that’s really cool for us, because I have a life that was really hard to have before.

“Just Like Medicine” is available August 11 from Compass Records.