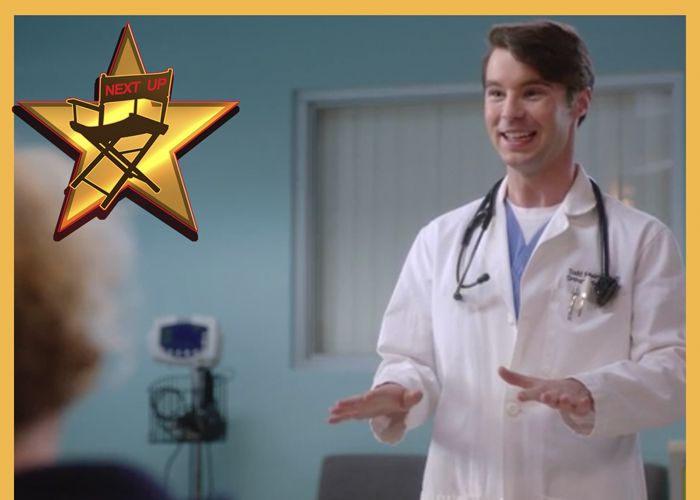 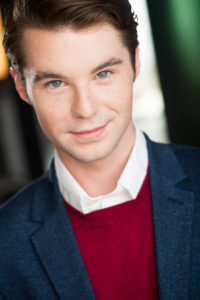 TrunkSpace: When did you know that you wanted to act for a living?
Lyerly: It was during high school that I really knew I wanted to be an actor. Between my Junior and Senior years of high school I attended The National High School Institute – Theatre Arts Division (“The Cherubs Program”) and that really solidified it. It was great to just be around theater artists 24/7 for five weeks and that’s when I knew I would never be able to give up acting.

TrunkSpace: Was there a particular performance or actor/actress from your childhood that you remember being drawn to and inspired by?
Lyerly: I have always been drawn to Leonard DiCaprio. I remember seeing him in “Romeo + Juliet” and “Titanic” and thought, “THAT’S WHAT I WANT TO DO!” So when he FINALLY won his Oscar I was really excited for him.

TrunkSpace: How did you decide to approach your career as an actor? Did you formulate a plan of how you wanted to attack what is known for being a hard industry to crack?
Lyerly: I decided that I would focus on my technique first and really hone my craft before trying to figure how to “break in.” After I felt I had a good foundation, I just started networking and auditioning. But it always comes back to being grounded and being true to the character. 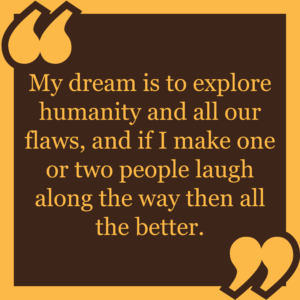 Lyerly: I left for Loyola University Chicago to study acting at 18. Stayed in Chicago throughout my college career and then moved back to California when I was 22.

TrunkSpace: Was that move an easy transition for you initially? How long did it take you to feel at home and find a good support group of friends and peers?
Lyerly: The hardest part about moving to Chicago was getting used to how cold it was during the winter… they have all this cold, white stuff on the ground! But, in all honesty, the transition to Chicago was really easy for me because the theater department at school was very welcoming and encouraged the freshman to get involved early on. So there was a supportive group of people there ready to cheer us on and help us along the way. And moving back to California was a breeze.

TrunkSpace: What has been been your biggest break in terms of a particular role or project thus far?
Lyerly: It’s a tie between two things. The first one being “The Mindy Project.” That was my first professional acting job. I couldn’t have asked for a better start either because everyone in the cast and crew were so welcoming, nice, and supportive. So big shout out to everyone involved with that show! The other was having a pilot (“Becca on Call”) I worked on, premier at the Dances with Films Festival this year at the Grauman’s Chinese Theatre. Seeing myself on screen there was surreal.

TrunkSpace: Is there a specific type of role you’d like to take on or a specific genre that you feel more at home in?
Lyerly: I think one of the greatest gifts of being an actor is the ability to explore and live in all different types of characters. However, I have always loved Sci-Fi. I’ve been a huge “Star Wars” nerd since I can remember. 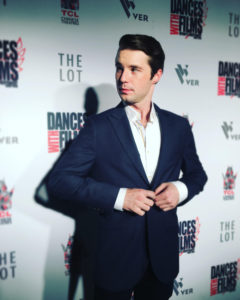 TrunkSpace: What would you say is the greatest strength an actor/actress can have outside of acting ability itself?
Lyerly: Confidence. Confidence in yourself and your abilities, but don’t let that morph into arrogance.

TrunkSpace: What is your ultimate dream when it comes to your acting career? Where would you like your path to lead?
Lyerly: My dream is to explore humanity and all our flaws, and if I make one or two people laugh along the way then all the better.

TrunkSpace: What advice would you give another young aspiring actor/actress who is considering moving away from home to pursue their dream?
Lyerly: I would say to have confidence in yourself and go for it. Go out, meet people, and create awesome art.

TrunkSpace: Where can people (and casting directors) learn more about you?
Lyerly: Since I’m a #millennial