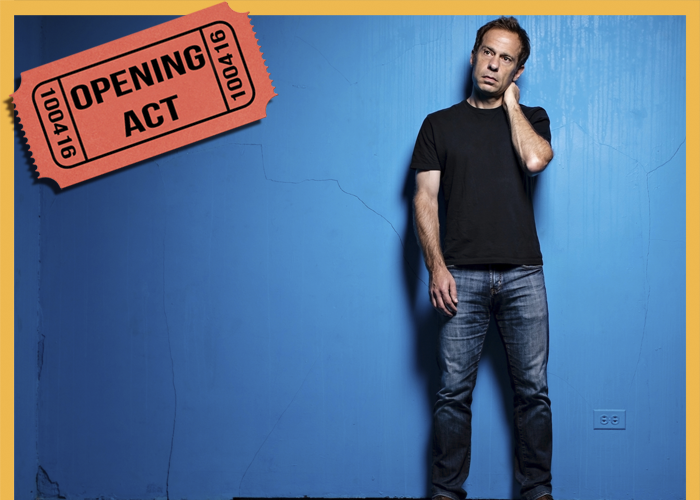 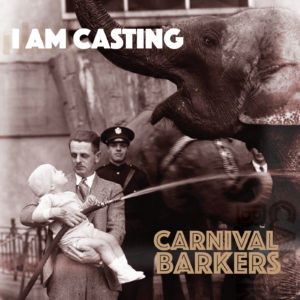 Artist: I Am Casting

TrunkSpace: We’re about a week away from the release of your debut album, “Carnival Barkers.” What emotions are you juggling with as you prepare to unleash it onto the world?
Guerra: Teaspoon of excitement, tablespoon of apprehension. I’m trying to stay connected to the really positive experience of writing and recording the album. Not easy to do, as the writing/recording memories fade and the release is imminent, but definitely healthier for me than getting too focused on others’ reactions (or lack thereof) to the release.

TrunkSpace: The album seems like a very personal journey for you, both creatively and in the production process itself. Is it difficult to let something so close to you go and relinquish that control once it has been released?
Guerra: The development of the particular process that ended up working for me, both in terms of songwriting and production, is something I anticipate taking forward with new material. I’m a bit surprised to find it’s actually not been difficult to put a bow on this particular collection and “send it out into the world,” so to speak. Perhaps having control of the process somehow made it easier, in fact, to let go – as in, “You (the listener) may not like the cake I made, but I’m pretty sure I made it the way I like it.”

TrunkSpace: You wore many hats in bringing “Carnival Barkers” to life. Are you putting more pressure on yourself in terms of the album succeeding and finding an audience because you’ve had your hands in so many facets of it coming together?
Guerra: It’s definitely the case that because I wore so many hats, very few other people have any skin in the game. I’m trying to find an audience, then, without many others invested in the same goal. More work 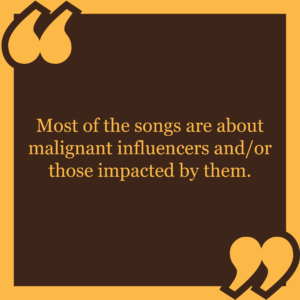 necessary to get the word out, as a result, and longer odds of breaking through in some meaningful way. That said, I don’t know if I’m putting more pressure on myself than I would have if I’d worn fewer hats (e.g., if I’d written and/or performed the tunes, but not produced the album) – I tend to over-own responsibility, in general, so whatever pressure I feel is probably amped to a level similar to that I would have experienced absent a hat or two.

TrunkSpace: What are you most proud of with the album?
Guerra: I believe “Carnival Barkers” has a real “album” vibe to it – there’s connective tissue musically and lyrically/thematically, consistent with the goals I had as I began the project. I feel pretty good about that. I also feel good about being open enough to make some significant changes in how I write and create music (old dog, new tricks kind of thing).

TrunkSpace: Is “Carnival Barkers” an album you could have created a decade ago? And by that we mean, how much of the times (and how the times have sculpted your creative POV) went into shaping it?
Guerra: No, I couldn’t have made this album a decade ago. First, with regards to the music, my writing has become increasingly integrated with the tracking (recording) process, and percussion/rhythm parts are usually developed and tracked hand-in-hand with (or even ahead of) chord progressions and melodies. These changes definitely impact my choices about the progressions and melodies themselves – I don’t believe I could have written a song like “Flood” using my former approach. Second, the lyrical content and themes of “Carnival Barkers” would not have been salient to me a decade ago. The lyrics to these songs were all written between mid-2016 and late-2017. Early in that writing period, I decided to tie the songs together, conceptually, using themes I found to be especially relevant to the political moment. So songs like “Charmer,” “Wolf” and “Lullaby” might be thought of as variations on the Pied Piper story. “Flood” and “Window” are about the exploitation of prejudice and fear of the “other” for political gain. “Helpless,” “Muggers” and “Seams” try to capture, in different ways, the experience of powerlessness. Most of the songs are about malignant influencers and/or those impacted by them.

TrunkSpace: Would the young Cole who first picked up an instrument be surprised by your musical journey thus far? Would “Carnival Barkers” be a departure from the music he thought he would one day make?
Guerra: Yes, really surprised by the path taken. Young me, from childhood through very early adulthood, would have thought that if future me was involved in the arts, it would be as an actor or director – I’d been doing theater-related stuff for years. I was fortunate enough to have been exposed to piano as a kid, but I don’t recall thinking that those lessons were setting me up for some career choice. Even after picking up guitar late in high school, it wouldn’t have struck me to “make an album,” though I loved music. It wasn’t until my mid-20s, coinciding with another major vocational pivot (to grad school for psychology), that I began to write songs with any frequency and view myself as someone who might do that over a longer span of time.

As for the type of music I write, I can make out a bit of a fuzzy line between the musical tastes of teenage me and the music on “Carnival Barkers,” but I’ll spare you the list of “influences.” Suffice it to say that young me might have heard “Carnival Barkers” and thought, “Sure, that makes sense.”

TrunkSpace: How long did it take you to discover your songwriter’s voice?
Guerra: Though I didn’t start writing in any meaningful way until my mid-20s, I’m sure that my songwriting voice has some roots in the music that most spoke to me in the preceding years – I’ve valued music over lyric for as long as I can recall, tend towards unusual and sometimes busy (for alt-pop, that is) harmonic structure and chord progressions, and largely avoid narrative exposition. On top of that base, stuff has changed pretty consistently, enough so that I think my “voice” continues to evolve, though I don’t know how visible that is to the outside world.

TrunkSpace: Which would you personally prefer… writing one album that the whole world adores, or writing a career’s worth that only a select group of people treasure?
Guerra: Artistically speaking, the career gig, every time. And practically speaking, I don’t write music that appeals to large swaths of people, so hard to even contemplate the adoration bit. I’ll take any option that gives me more time engaged in the songwriting and recording process. Of course, nowadays the “select group of people treasure you” path will likely require that the artist have some other means of surviving monetarily.

TrunkSpace: Time machine question. If you could just ahead 10 years and get a glimpse of what your musical journey looks like a decade from now, would you take that journey? If not, why?
Guerra: On first blush, main upside I see to the glimpse is that if it’s positive, perhaps there’s a boost of confidence as expectations soar. “Hey sure, of course I’ll reach out to Musician X and Producer Y, since I’ve seen a future where those two are collaborating with me.”

Too much downside, though – I can see being de-motivated whether I get glimpse of shit journey (obvious reasons) or cool outcomes (I mean, how much do I need to work to obtain a fated outcome). Main hiccup to the idea of glimpsing my 10-year music outcomes/status, though, is that I get most pleasure out of process – that moment where I figure out some cool way back from the bridge to the verse or the one where I hit on some arrangement idea that makes the tune or the one where I can tell that the musicians I’m sharing the stage with are feeling it – and I’m not sure the 10-year outcome instructs me much about how to navigate all that.